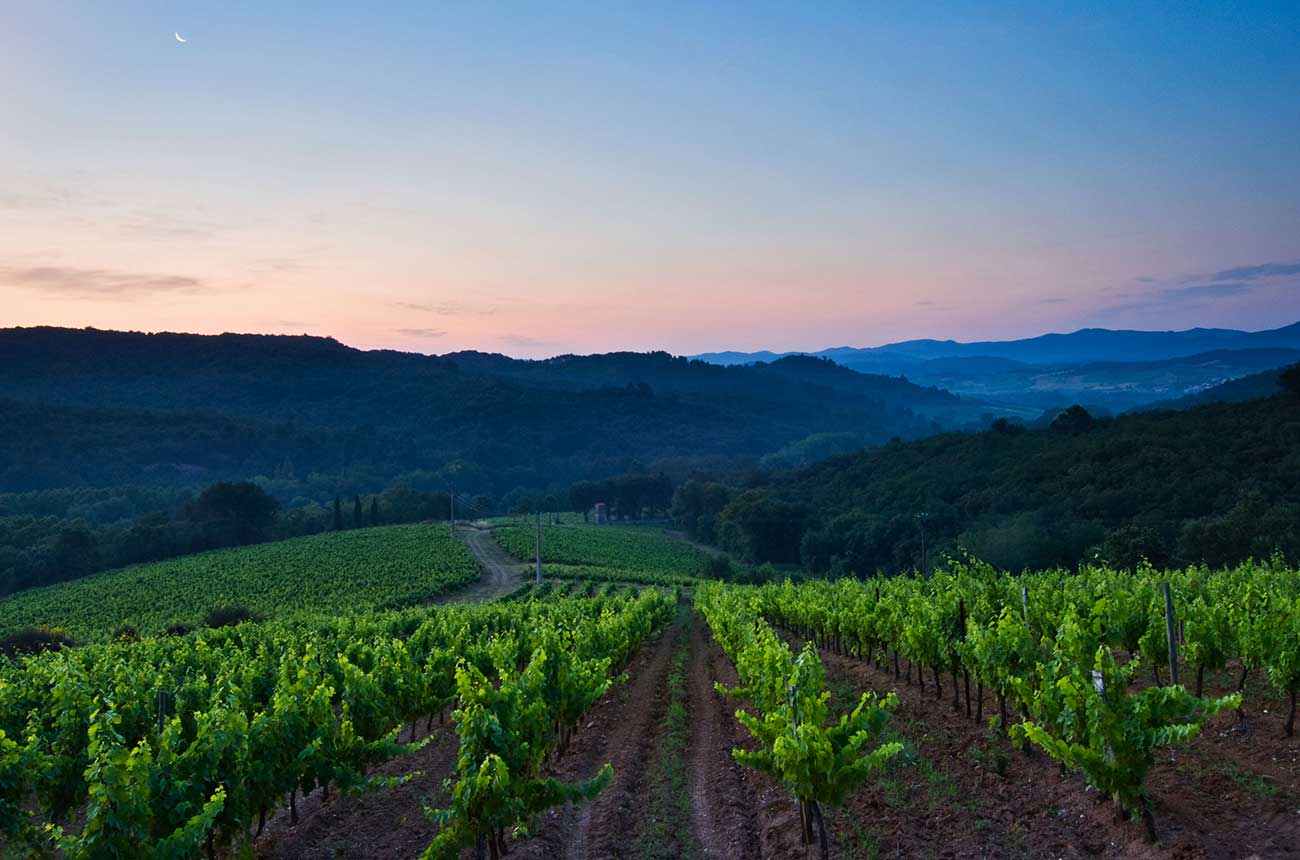 Less prestigious appellations can offer interesting value to those looking to buy French vineyards on a tighter budget, to kick-start a long-held winemaking dream.

Appellation (AOP) vines outside of Champagne cost €74,900 per hectare on average in 2019, but several areas were below €20,000, show figures released this summer by land agency Safer.

If you’re not so bothered about having the AOP status, then non-appellation vines were down at €14,400 on average across France.

It’s also possible to buy land not currently used for vineyards. ‘You would need to apply for planting rights, but you can get them,’ said Kirsten Pollard, of estate agency Maxwell-Baynes, affiliated to Christie’s International Real Estate.

But she said this strategy would be a ‘long way round’, and that buying an existing vineyard can save time and carry fewer risks.

It would be even more important to do your research on the terroir, too.

Pollard, who generally specialises in higher-end properties and covers south-west France, including Cahors and the Dordogne, said that €1.5m might buy you a stone house with several bedrooms, a pool and around 10 to 20ha of vines – albeit perhaps needing some work.

Although it can be ‘quite hard to make money’ from a vineyard at this sort of level, she said it was important to think about potential sales networks.

For example, that might include tapping into the new generation of natural wine bars around the world, or building partnerships with local restaurants.

Pollard highlighted an organic and natural wine estate that she sold a few years ago for €850,000 to a 40-year-old Czech buyer. The property included 15ha of vines near to Cahors but not in an appellation zone.

Some buyers are also looking for ‘hobby’ vineyards that don’t necessary need to turn a commercial profit, as previously reported.

Don’t underestimate the amount of potential work – or cost – involved in running a vineyard, but here are five places to look based on Safer figures.

AOP vines in Languedoc-Roussillon cost an average €12,700 per hectare in 2019, up by €200 versus 2018 but still making the vast region one of the cheapest places to buy vines.

However, the region is so big that you’ll find a lot of variation, and you would naturally expect to pay more in one of the area’s more prestigious zones, such as Terrasses du Larzac, La Clape or Pic-St-Loup.

According to Safer, Languedoc has seen a relatively high number of vineyard deals in recent years, compared to other regions.

Prices haven’t risen everywhere, however. The average price of Corbières vines has been around €9,000 for the past few years, for instance.

‘There are many vineyards for sale in Corbières and Minervois because a lot of winegrowers are retiring,’ Aurelia Mistral-Bernard, of the Montpellier branch of estate agency network Vinea Transaction, told Decanter.com recently.

Making rosé wine in Provence can be a very expensive business, and the region has recently seen an influx of wealthy investors.

However, AOP vineyards in the Coteaux d’Aix-en-Provence area cost an average €25,000 per hectare in 2019 and have remained at this level for several years, according to Safer.

Alternatively, one option is to buy a property and bring in grapes from nearby vineyards to make the wine, which is how Mirabeau started its Provence operations. Owners Stephen and Jeany Cronk have subsequently planted their own vineyard on their estate.

If you have a penchant for Gamay then Beaujolais could be the place for you. Despite an ‘active market’, Safer said recently that prices were stable at around €12,000 per hectare on average in Beaujolais.

Prices in the Beaujolais Villages areas have been falling in general, it added, although several areas for sale are not for the faint-hearted; lying on slopes where much of the work must be done by hand.

That said, things change once you look at the 10 ‘cru’ Beaujolais zones. Moulin à Vent was easily the most expensive of these in 2019, with vines costing an average €100,000 per hectare.

Bergerac is an interesting place to look for those who like their classic Bordeaux grapes but don’t want to spend a fortune on land in the heart of St-Emilion or Médoc.

Appellation-level Bergerac vineyards, within the Dordogne area, cost €8,000 on average in 2019, according to Safer. That’s €1,000 lower than five years ago.

Of course, there are bigger projects on offer in the region for those looking to pursue a wine lifestyle there.

Not too far away, the spiritual home of Malbec could also be an interesting option, and has been enjoying something of a resurgence in recent years. That place is Cahors, where appellation vines were €11,000 per hectare on average in 2019.

The coastline of the Loire-Atlantique area, not far from Muscadet vineyards. Photo by Murilo Silva on Unsplash.

Often overlooked among white wine lovers, Muscadet vineyards could be an option for anyone interested in the Loire Valley.

The average price of Muscadet Sèvre-et-Main vineyards was €12,000 per hectare in 2019, having not moved in the prior three years, according to Safer. The top plots, however, could cost up to €18,000.

The realities of buying a vineyard

Home Videos The WORLD of WINE – Wine News. Cheap wine, tasting notes and cooking with wine The World of Wine – May 2021 … END_OF_DOCUMENT_TOKEN_TO_BE_REPLACED

How to visit Napa Valley on a Budget. In this video Carson and I explain a few ways to enjoy Napa on the cheap. Tip and advice about how to visit Napa … END_OF_DOCUMENT_TOKEN_TO_BE_REPLACED

Home Videos Get To Know Argentina Wine | Wine Folly If you love Malbec, Argentina is your ultimate wine region. But that’s not … END_OF_DOCUMENT_TOKEN_TO_BE_REPLACED