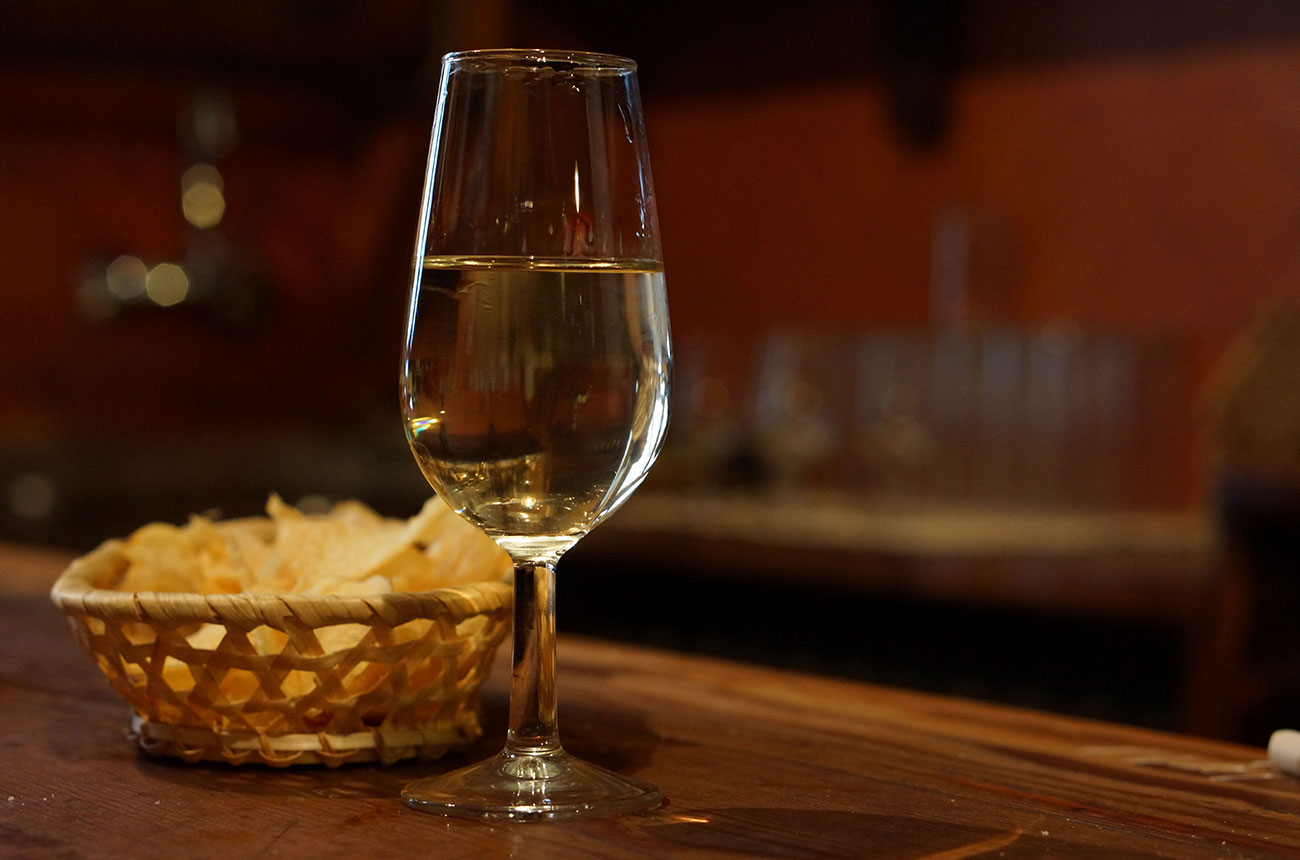 It’s very difficult confidently to identify a wine as a Fino or a Manzanilla in a blind tasting as the differences between the two are incredibly subtle.

Both are made in the same way, and the most profound influence on their character comes from ageing under a veil of flor (yeast cells that float on the surface of the wine in barrel, protecting it from oxidative influences). The differences between Finos and Manzanillas can be ascribed to the locations in which the wines are aged.

Fino is matured slightly inland, in cellars in Jerez and El Puerto de Santa Maria, while Manzanilla is made only in the coastal town of Sanlucar de Barrameda. The greater exposure to cooling, humid breezes in Sanlucar helps to maintain a deep layer of flor year-round, while the drier, hotter conditions elsewhere in the Jerez region means that the flor waxes and wanes over time, exposing the wines to a touch more oxygen during the ageing process.

As a result, Manzanilla is usually that little bit brighter and fresher than Fino, and often has a distinctive salty note and a hint of green apples. Fino, in contrast, tends to be richer and broader on the palate, with a gently savoury character.

When it comes to matching these wines with food, by and large they both go down incredibly well with the kinds of finger food you’d enjoy in Andalucia’s tapas bars. The saline freshness of these wines makes them terrific partners for all kinds of shellfish – deep-fried calamari rings and gambas al pil-pil (prawns sauteed in garlic and chilli) are two of my favourites.

And who can resist a plate of pata negra, especially when you realise how well the deep umami flavours of the ham chime with the yeasty richness of the sherries?

Home Videos The WORLD of WINE – Wine News. Cheap wine, tasting notes and cooking with wine The World of Wine – May 2021 … END_OF_DOCUMENT_TOKEN_TO_BE_REPLACED

How to visit Napa Valley on a Budget. In this video Carson and I explain a few ways to enjoy Napa on the cheap. Tip and advice about how to visit Napa … END_OF_DOCUMENT_TOKEN_TO_BE_REPLACED

Home Videos Get To Know Argentina Wine | Wine Folly If you love Malbec, Argentina is your ultimate wine region. But that’s not … END_OF_DOCUMENT_TOKEN_TO_BE_REPLACED