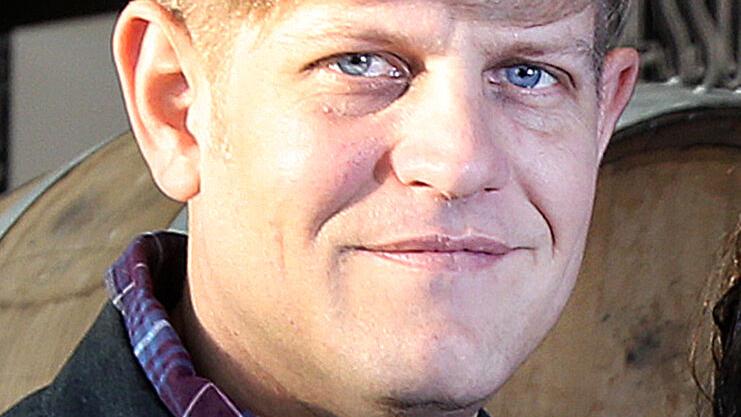 A Central Texas businessman who told local reporters he entered the U.S. Capitol during a riot by supporters of former President Donald Trump two weeks ago remains on the FBI’s radar but has not been arrested.

Chris Grider, co-owner of Kissing Tree Vineyards in Bruceville-Eddy and the defunct Taste by Kissing Tree Vineyards at 804 S. Seventh St. in Waco, told two local television stations that he was on the second floor of the Capitol on Jan. 6 when a woman was shot by Capitol police outside House Speaker Nancy Pelosi’s office.

He provided video and photos of the chaos to KWTX-TV and described how rioters broke past police lines to force their way into the Capitol. Grider told KCEN-TV he has hired an attorney and declined comment. He told the station that the subsequent backlash against him and his business is “politically driven and overblown.”

Grider has not returned messages left by the Tribune-Herald on his cellphone, and the phone went unanswered at the Kissing Tree Vineyards on Wednesday. Other attempts to reach Grider also have been unsuccessful.

Authorities are aware of Grider’s reported involvement in the riot, said Michelle Lee, public affairs officer for the FBI office in San Antonio. However, Lee said Department of Justice and FBI policy precludes her from commenting on “who might be charged, or under investigation, in an ongoing matter.”

More than 100 people from across the country have been arrested so far for their alleged roles in the incident, most on charges of knowingly entering or remaining in a restricted building or grounds without lawful authority; impeding government business or official functions; and violent entry and disorderly conduct on Capitol grounds. Some have been charged with carrying weapons on Capitol grounds and assaulting officers.

In a statement the day of the riot, FBI Director Christopher Wray said, “We do not tolerate violent agitators and extremists who use the guise of First Amendment-protected activity to incite violence and wreak havoc. Such behavior betrays the values of our democracy. Make no mistake: With our partners, we will hold accountable those who participated in yesterday’s siege of the Capitol.”

Trump was impeached last week for the second time, charged with inciting the riot after a rally on the morning a joint session of Congress was meeting to count the electoral vote from the general election.

Local and federal law enforcement officers in McLennan County and members of the U.S. Attorney’s Office in Waco all said the investigation into the rioting is being handled in Washington, D.C., and any potential charges arising from the riot will emanate from Washington. All said they had not heard of any charges against Grider or any other Central Texans who participated in the incident.

Grider told KWTX-TV that the woman who was shot, Ashli Babbitt, a U.S. Air Force veteran from the San Diego area, was struck by a shot fired through a glass door on the second floor of the building as protesters were forcing their way into the House Speaker’s chambers.

“I was next to this door next to the Speaker’s chambers. They busted the glass to get through where the furniture had been barricaded on the other side, and there was a girl that was trying to look through the window, or climb through it, and they shot her with live ammunition from about 20 feet away,” Grider told KWTX.

He said two police officers were standing by the woman when she was hit.

“They were as shocked as everyone else was when the people on the other side of the door, from 20 feet away, shot her in the chest,” he said. “It was a real tense moment. At that point, we were all panicked, we couldn’t leave because there were thousands of people behind us pushing us forward.”

Grider, a former Connally High School teacher who lives in Chilton, told KWTX he went to Washington, D.C., to support Trump’s claims of election fraud. Since his admission of being in the Capitol that day, there have been calls on social media to boycott his and his wife’s business.

Home Videos The WORLD of WINE – Wine News. Cheap wine, tasting notes and cooking with wine The World of Wine – May 2021 … END_OF_DOCUMENT_TOKEN_TO_BE_REPLACED

How to visit Napa Valley on a Budget. In this video Carson and I explain a few ways to enjoy Napa on the cheap. Tip and advice about how to visit Napa … END_OF_DOCUMENT_TOKEN_TO_BE_REPLACED

Home Videos Get To Know Argentina Wine | Wine Folly If you love Malbec, Argentina is your ultimate wine region. But that’s not … END_OF_DOCUMENT_TOKEN_TO_BE_REPLACED