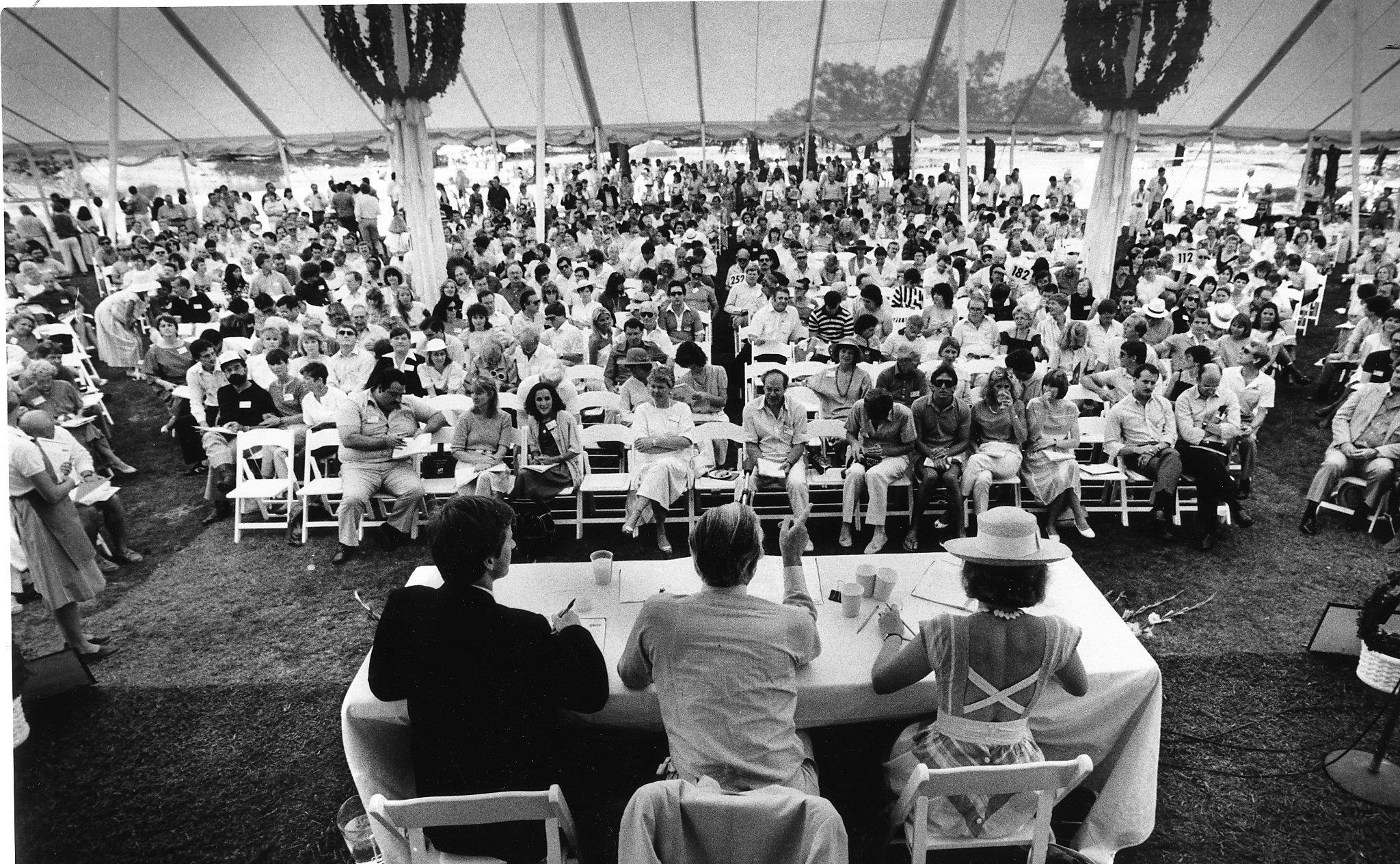 Like most events, Napa Valley’s most extravagant annual party has been canceled this year — and it may never return. Auction Napa Valley, which began as a modest charity wine auction in 1981 and grew into a frenzied display of the valley’s wealth and status, is contemplating its future.

Since the auction began 40 years ago, it’s generated more than $200 million for local community organizations. In the fall, its organizer, the Napa Valley Vintners, announced it was discontinuing it. Right now, a virtual substitute is underway, with bidding open until Saturday at 3 p.m.

The pandemic is the main cause for the cancellation, of course, though it didn’t help that the auction’s longtime setting, Meadowood resort, was severely damaged in last year’s Glass Fire. Yet whether or not the Napa Valley Vintners resuscitate Auction Napa Valley in some form in the future, it feels like a poignant moment — the end of an era. The auction, typically held during the first weekend of June, was a raucous bacchanal, a celebration of luxury wine that could at times approach “Bonfire of the Vanities”-level ridiculousness. It has also been underestimated for the crucial role it played in establishing Napa Valley as one of the world’s prestigious wine regions.

Though it’s hard to imagine now, Napa Valley wine was still fighting for recognition alongside the great wines of Europe when the auction started in 1981. None of the valley’s wines had yet been deemed collectible or been traded at a traditional, non-charity wine auction. When some of those Napa wines started to command eye-popping figures at the charity auction — in 1987, a six-liter bottle of Grace Family Cabernet went for $20,000 — it began to elevate the reputation not just of the individual winery, but of the entire valley.

Today, Napa wines are listed in Sotheby’s and Christie’s auction catalogs next to wines from Burgundy and Bordeaux. The charity auction isn’t solely responsible for that evolution in Napa wine’s reputation, but it undeniably helped.

What I love most about the Auction Napa Valley story is the tendency it had to attract strange and humorous celebrity appearances. Like the time Jay Leno auctioned a jacket made out of wine corks off Robert Mondavi’s back. Or the year that Lyle Lovett showed up to sing even after he’d been trampled by a bull only a few weeks earlier. (He remained in a chair for his performance.) There was one year when Francis Ford Coppola, who is not only the director of the “Godfather” trilogy but also a Napa winery and San Francisco restaurant owner, insisted on being the chef for the evening. He swore that he was really back in the kitchen forming the gnocchi with his own hands.

Individual wineries would put up the auction lots, which would always include some actual bottles of wine but might also include a range of eye-popping additions: Oscar tickets, Super Bowl seats, a 1957 Corvette, a private jet trip around the world, an African safari, a tour of Burgundy with Margrit Mondavi. But (tax writeoffs notwithstanding) it could be astounding to see how much the attendees were willing to pay just for wine. In 2014, 125 bottles of wine from the then-new winery Promontory — a spinoff of Harlan Estate — fetched $600,000.

But I don’t think I was the only one who found the whole thing a little bit too outrageous. My favorite anecdote about Auction Napa Valley is that, in 1987, someone paid $2,800 for a six-pack of wine coolers — an expensive, and I think very effective, way of poking fun at the over-the-top nature of it all. Another bidder that year, Paul Smith, called the wine-cooler incident a “disgrace.” “It’s kind of hokey and it’s just not that professional,” he told The Chronicle at the time. Smith had himself paid almost $30,000 for wines at that auction, not for the sake of irony. He clearly didn’t get the joke.

The virtual bidding doesn’t quite summon the mad rush of paddle raising at the in-person events, and some of the flash is certainly lost without a party. However, a quick perusal of the online catalog may still stir some feelings of shock and awe. The current bid on three magnums of 2015 Screaming Eagle Cabernet is $26,000.

I wrote about an unusual little winery in west Marin County, Point Reyes Vineyards. Its owner is retiring and hopes to sell his 83-acre property, which includes 7 acres of Pinot Noir, Chardonnay and Pinot Meunier grapes, for $6 million. And he’s hoping that the threat of climate change could draw some wine-industry buyers to his chilly, coastal vineyard.

This week’s pick is a limey, minty, bright Gruner Veltliner from the new Fifth Moon label, an offshoot of Napa’s RD Winery. The winery has an interesting backstory: For years it exported all of its wine production to Vietnam, where the company operates a castle as a tasting room for tourists, but it’s now shifting focus toward the American market — and is making wines designed to pair with Vietnamese and other Asian cuisines. Here’s my review of the Gruner.

• The Girl & the Fig, a popular restaurant in downtown Sonoma, has been caught in a thorny controversy after an employee was asked not to wear a Black Lives Matter mask while working. My colleague Janelle Bitker writes about what the saga means for restaurants’ political stances in this era.

• In Punch, Priya Krishna considers how the concept of food-and-wine pairing is transforming into a more creative and inclusive discipline.

• Australia’s most famous winery, Penfolds, has started making California wine — and, bucking all sorts of conventions, has blended in a little bit of Australian wine. Wine Spectator’s MaryAnn Worobiec has the details on this bold new venture, whose wines range in price from $50 to $700.

Home Videos The WORLD of WINE – Wine News. Cheap wine, tasting notes and cooking with wine The World of Wine – May 2021 … END_OF_DOCUMENT_TOKEN_TO_BE_REPLACED

How to visit Napa Valley on a Budget. In this video Carson and I explain a few ways to enjoy Napa on the cheap. Tip and advice about how to visit Napa … END_OF_DOCUMENT_TOKEN_TO_BE_REPLACED

Home Videos Get To Know Argentina Wine | Wine Folly If you love Malbec, Argentina is your ultimate wine region. But that’s not … END_OF_DOCUMENT_TOKEN_TO_BE_REPLACED