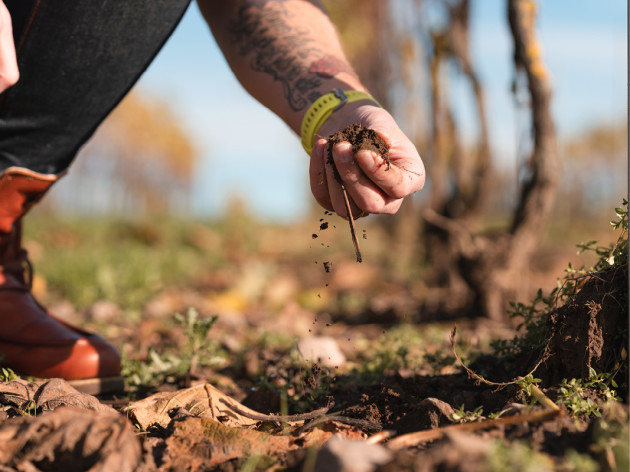 James Lawrence looks at the South American wineries championing biodiversity and giving back to the vineyards.

Some 15 years ago, visitors to a winery in South America would be given a lengthy tour of glistening facilities, including the obligatory tasting room. Today, they are whisked straight into the vineyards to learn about sustainable viticulture, community projects and waste-reduction schemes. Producing wines according to an “ethical philosophy” isn’t just a PR message for Andean wineries, it is rapidly becoming a way of life.

“Ethical winemaking is about how we make our wines, and how we manage our impact on society.

We are very proud of the fact that all our vineyards and wineries have received Fairtrade accreditation, and we work with our local community to support educational and social projects,” says Santiago Ribisich, director general of Grupo Avinea.

“All of our wines are vegan certified. For us, producing vegan wines is part of the journey to sustainability in wine production. Reducing and, in the case of vegan wines, stopping the use of animal products as fining agents, forms part of a sustainable winemaking philosophy,” he adds.

Until relatively recently, sustainable or ethical practices were not heavily promoted – there is still disagreement about quantifying the level of consumer interest in ‘ethical’ products. However, the rhetoric concerning sustainability is becoming an increasingly politicised issue; in 2018, the European Parliament voted for a complete ban on a range of single-use plastics across the union in a bid to stop pollution of the oceans. The commercial value of marketing eco-friendly goods is always up for debate, and yet the industry’s desire to reduce the impact of its activities is undoubtedly sincere.

Mirroring other nations, the volume of synthetic chemicals used in Argentinian and Chilean viticulture has fallen dramatically over the past five years. Organic viticulture and biodiversity is becoming an integral part of winegrowing, adopted by companies on both sides of the Andes.

“We were the first winery in Chile to be certified 100% sustainable, both in vineyard and winery management. This is not for commercial gain, but mainly for our internal philosophy about long-term sustainability,” says Sergio Hormazábal, head viticulturalist at Ventisquero Wine Estates.

“You cannot underestimate the positive effects on vine health – increased biodiversity helps us to increase natural control of pests and diseases,” adds Sebastián Tramón, sustainability manager at Emiliana. “Moreover, if problems with pest attacks do develop then biodiversity helps us to isolate blocks and to avoid the problem spreading over the whole vineyard. It’s a useful management technique.”

But what comes next? Although the industry’s commitment to biodiversity is laudable, a growing firmament of winemakers feel that this doesn’t go far enough. They argue that sustainable practices can only make a longer-term impact if the industry takes a long, hard look at its energy consumption and carbon footprint.

“Since the second half of the past decade, there has been a real movement to advance sustainable viticulture in South America. Research programmes have been created to reduce solid and liquid waste during production, and studies have also been developed to use their native yeasts and bacteria,” says Rodrigo Zamorano, chief winemaker at Caliterra.

He continues: “However, our industry’s most significant impact is the use of energy (electric, gas, oil) and water use, becoming the most challenging effort for the upcoming years. Despite the fact that we are already executing some renewable resources – such as solar or wind energy – there are more substantial incentives and aid needed for accelerating these trends and further studies also need to be carried out on reducing water use.”

At Grupo Avinea, Ribisich agrees. “Shipping from Argentina means a heavy carbon footprint and producers need to face the fact that the demand for shipping wine in bulk is going to increase. Finding new ways of adapting is essential,” he says.

In the midst of a global pandemic, it may seem unreasonable to petition South American wineries to expend significant capital in reducing their reliance on fossil fuels. Fortunately, at least some aspects of ethical winegrowing combine the best elements of financial pragmatism and environmentalism.

Bodegas Enguera in Valencia provides a topical case study: the grape moth was a major problem in its vineyards, partially controlled by pesticides and using pheromone confusion, which required a large annual investment. However, Enguera decided to encourage a population of bats to nest near its vineyards, which eradicated the pest problem with no recurring cost to the winery. Sustainability, if properly managed, can be a gift to accountants and the natural world.

Home Videos The WORLD of WINE – Wine News. Cheap wine, tasting notes and cooking with wine The World of Wine – May 2021 … END_OF_DOCUMENT_TOKEN_TO_BE_REPLACED

How to visit Napa Valley on a Budget. In this video Carson and I explain a few ways to enjoy Napa on the cheap. Tip and advice about how to visit Napa … END_OF_DOCUMENT_TOKEN_TO_BE_REPLACED

Home Videos Get To Know Argentina Wine | Wine Folly If you love Malbec, Argentina is your ultimate wine region. But that’s not … END_OF_DOCUMENT_TOKEN_TO_BE_REPLACED