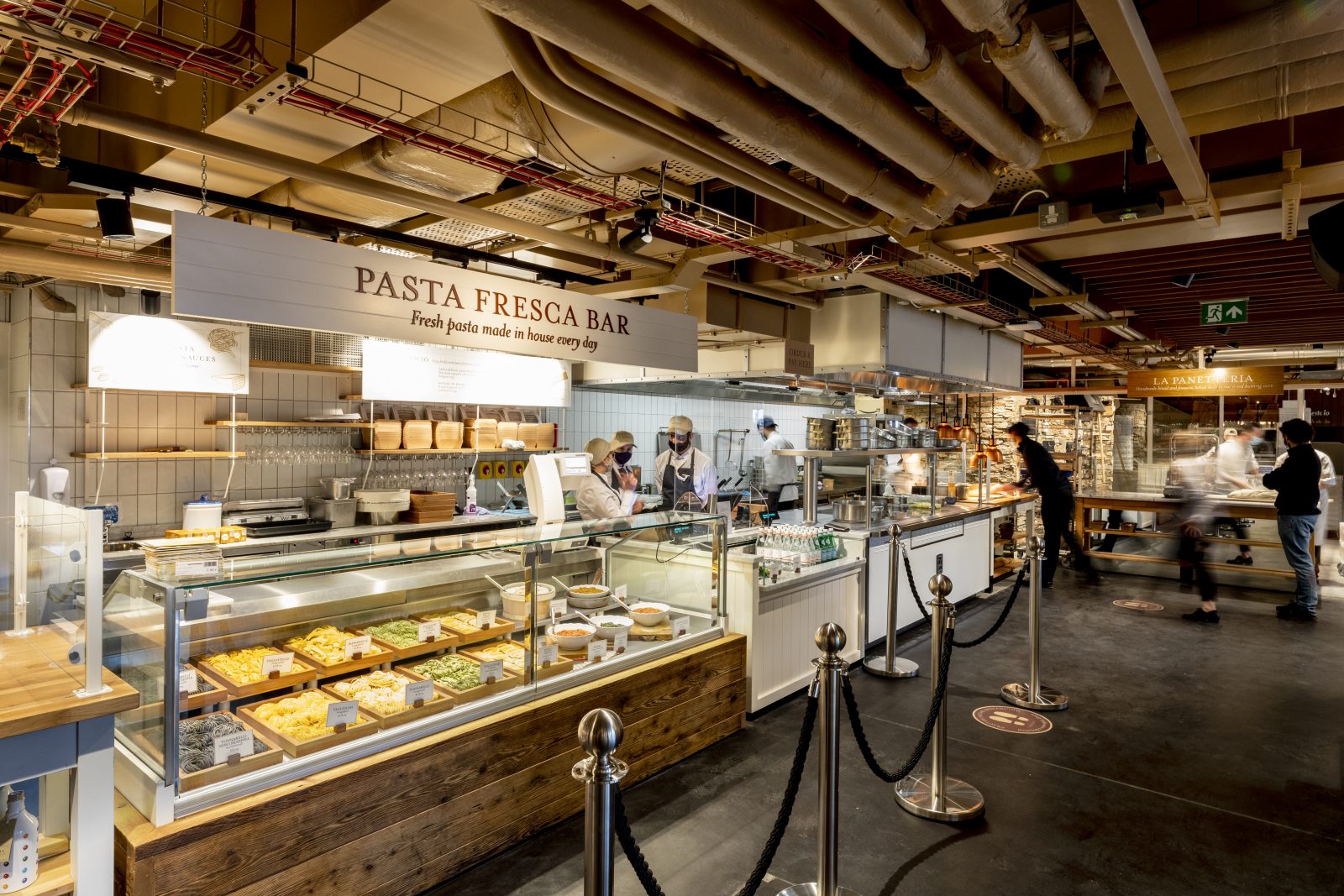 Travelling remains something of a trial at the minute, as we all know – with PCR tests, border queues, and an ever-changing list of rules and regulations taking much of the fun out of it.

A glass of Cortese di Gavi in the sun will have to wait a little while too, judging from the weather forecast.

But while Londoners may not be able to jet off to Tuscany or Umbria, a large chunk of Italy has arrived in the capital in the form of a gastro-emporium near Liverpool Street.

Read more: Hockney at Royal Academy: I hate these paintings in my bones

Eataly comprises restaurants, bars, a stunning grand cafe, a butcher, a fishmonger, a cheese counter, an Italian deli and the UK’s largest selection of Italian wine – and much, much more beside.

Eataly chief Nicola Farinetti is thrilled to be in the finished space when City A.M. meets him, as customers begin to roll in on an unseasonably chilly May morning.

“I’m very excited, because I haven’t been able to see it in person for so many months,” he tells us, having been ‘locked down’ in Milan.

It’s impossible to explain the scale of the project without seeing it, and it would be fair to say Eataly’s arrival in the City will revolutionise the lunch and post-work hours for many in the Square Mile. Fresh pizza? Sure. Ready to eat lasagne? Of course. Quick Aperol on the terrace before the train? Bellissimo.

But whilst most people entering the space simply say ‘wow,’ Nicola wants another word to come to mind: craft.

“We’ve dedicated the store to this concept. Centuries of making things, all the way to perfection,” he tells me, is the big idea.

And he’s been thrilled with the reaction of Londoners so far, who perhaps unsurprisingly haven’t been intimidated by the sheer scale of the choices available.

“Londoners aren’t afraid to interact with us, which is fantastic.

“If people go to a counter or go to a shelf, if they don’t understand the product because it’s a very small producers from a very tiny village in the centre of Italy,” he tells us, they can become put off.

“We are carrying it because it’s the best of the best, but it’s tiny. And you never know how people are going to react. But Londoners are very curious, so they’re asking.”

Read more: The Friday Interview: Chris D’Sylva and the Supermarket of Dreams

Nicola would have been forgiven over the past year for having doubts about a huge new investment slap-bang in the middle of the City of London, which – you may have noticed – has been a tad quiet.

Not so. Eataly’s London expansion represents one of more than 40 sites across 15 countries.

“People are curious, and people want to learn, and the best way of doing this is spending time with other humans on a personal level,” he says. “I cannot foresee a future in which humanity doesn’t share space and time by doing that.”

The early signs from Eataly’s openings back up Nicola’s confidence, with more than a hundred thousand visitors in the first few days of ‘full’ opening, post-lockdown.

The market will soon begin rolling out its cooking classes at La Scuola as well as a host of wine tasting and other experiences.

Who needs to fly, eh?

Home Videos The WORLD of WINE – Wine News. Cheap wine, tasting notes and cooking with wine The World of Wine – May 2021 … END_OF_DOCUMENT_TOKEN_TO_BE_REPLACED

How to visit Napa Valley on a Budget. In this video Carson and I explain a few ways to enjoy Napa on the cheap. Tip and advice about how to visit Napa … END_OF_DOCUMENT_TOKEN_TO_BE_REPLACED

Home Videos Get To Know Argentina Wine | Wine Folly If you love Malbec, Argentina is your ultimate wine region. But that’s not … END_OF_DOCUMENT_TOKEN_TO_BE_REPLACED