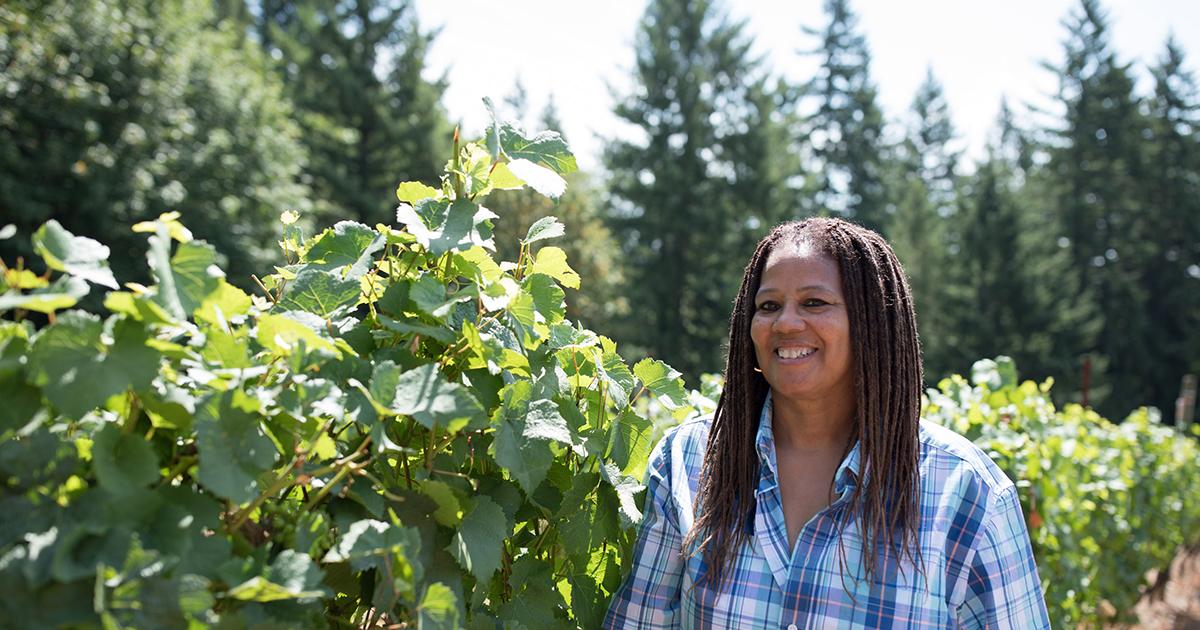 This isn’t Stoney’s only first. In 1988, she was the first black woman to become a Multnomah County human services case manager in Oregon. Just over 16 years ago, she started StoneyBrooke Residential Services, group homes for people with intellectual and developmental disabilities.

The first spark of her passion for working with people with disabilities happened when she visited her sister’s special-education classroom in the early 1980s in Texas, where she grew up. At first, she was nervous; she didn’t know what to expect. But when she sat with the students, she saw that everything she’d heard was based on stereotypes.

After college, Stoney worked as a caregiver in San Diego for a few years before she moved back to Oregon, where her parents had relocated, to start her career with the county. When she began, she had a caseload of 448 people.

She worked with people of all ages, with issues such as substance abuse and developmental and intellectual disabilities. And as the first black woman to be a case manager, she advocated for black providers and clients   who had never had the opportunity to speak with a case manager who looked like them.

“Honestly, I think I took over most of the black cases in Northeast Portland,” she said. “People accepted me because of the color of my skin, I’m sure, because I’m black. So the black providers felt there’s somebody here who can understand who I am and understand what I go through. I heard lots of challenges. I was the first black person who could go out and help with folks.”

During her time as a caregiver in San Diego, Stoney worked with people who had a disorder that few other case managers and providers knew much about – Prader Willi Syndrome. According to the Prader Willi Syndrome Association, it is a rare genetic disorder that causes issues with physical development, cognitive disabilities, behavioral problems, and feelings of insatiable hunger that can lead to excessive eating and obesity.

And all of the sudden, Stoney said, Prader Willi cases kept popping up at the county. And because of her experience, she took them.

Stoney isn’t one to shy from a challenge, so when she was told about a young woman with Prader Willi syndrome who had been through 15 or 16 group homes, she said, “Let me try.” And she did, but she still couldn’t find a permanent home for her. The woman often became physically aggressive, breaking furniture and windows in an attempt to get to food.

“Really, there was nowhere to put her,” she said. “No one wanted to take her in the state of Oregon.”

That’s when Stoney decided to start her own home, while still working as a case manager.

So Stoney started StoneyBrooke Residential Services, with one group home, one resident, and two staffers, including herself. Now, she has five homes, 15 residents and 45 staff members.

“She was the one,” she said of her first resident. “She was the reason why. And it just kept growing and growing.”

She has created a place that is known to take people with Prader Willi Syndrome whom no one else will take and that provides them the space to thrive. StoneyBrooke also houses folks with other disabilities and mental health conditions, such as schizophrenia and autism.

Stoney is also known for still doing shifts in the group home, still responding to 3 a.m. calls because someone has left the building or has a behavior that staff doesn’t know how to handle, and still cleaning and going over the menu.

After 27 years with Multnomah County, she “retired,” she called it, to give her undivided attention to StoneyBrooke.

Now, the challenge Stoney is conquering is winemaking.

She had always loved wine and been curious about the process of making it. Around the time she was starting StoneyBrooke, she visited a winery in Molalla that was coming up for sale.

“And I thought, God, I wish I had had some money because I would’ve loved to start a winery,” she said.

What would’ve been a fleeting daydream for many people became Stoney’s next challenge.

About two years ago, a friend told her about Bertony Faustin, the first recorded black winemaker in Oregon, and at first, she didn’t believe it.

“So (my friend) sent me the information, but she said, ‘You know what? They said it’s going to be real hard for you to get in, because he’s so busy you’re never going to be able to get to see him,’” she said. “And I said, ‘Oh, I will.’”

“I’m sure a lot of people come in there saying, ‘Oh, I want to do this and I want to do that,’” she said. “Some people don’t follow through. So I just kept going in, coming, and I said, ‘I told you I was serious.’”

She told him she wanted to make her own wine. So Faustin started teaching her about the winemaking process at his vineyard, Abbey Creek – from working on the vineyard, to the fermentation process, to bottling, and everything in between.

And with Faustin, she made her first two wines, SisterFriends Chardonnay, and Bayani Pinot Noir. A portion of the proceeds from Stoney Wines will go to support programs for people with intellectual and developmental disabilities.

When it came time to bottle them, she brought her family with her, and they all bottled the wines together, relishing the moment that Stoney’s dreams from 16 years ago came to fruition. And just like StoneyBrooke – a “family business,” Stoney said, where her daughter is her right hand – Stoney Wines is a family business, brought to life by Stoney and her family and inspired by Stoney’s parents. Her father died four years ago, and her mother now has Alzheimer’s and doesn’t remember her. But her parents have always been her strongest supporters, she said. They loaned her money to help start StoneyBrooke 16 years ago. It took her eight years, but she paid them back every cent.

“Neither one of them can be there, but I’m hoping their spirit will be there with me on that day because I want them to see it,” she said of the Sept. 7 Stoney Wines debut. “This is a tribute to my mom and dad.”

Street Roots is an award-winning, nonprofit, weekly newspaper focusing on economic, environmental and social justice issues. Our newspaper is sold in Portland, Oregon, by people experiencing homelessness and/or extreme poverty as means of earning an income with dignity.  Learn more about Street Roots. Support your community newspaper by making a one-time or recurring gift today.

Home Videos The WORLD of WINE – Wine News. Cheap wine, tasting notes and cooking with wine The World of Wine – May 2021 … END_OF_DOCUMENT_TOKEN_TO_BE_REPLACED

How to visit Napa Valley on a Budget. In this video Carson and I explain a few ways to enjoy Napa on the cheap. Tip and advice about how to visit Napa … END_OF_DOCUMENT_TOKEN_TO_BE_REPLACED

Home Videos Get To Know Argentina Wine | Wine Folly If you love Malbec, Argentina is your ultimate wine region. But that’s not … END_OF_DOCUMENT_TOKEN_TO_BE_REPLACED