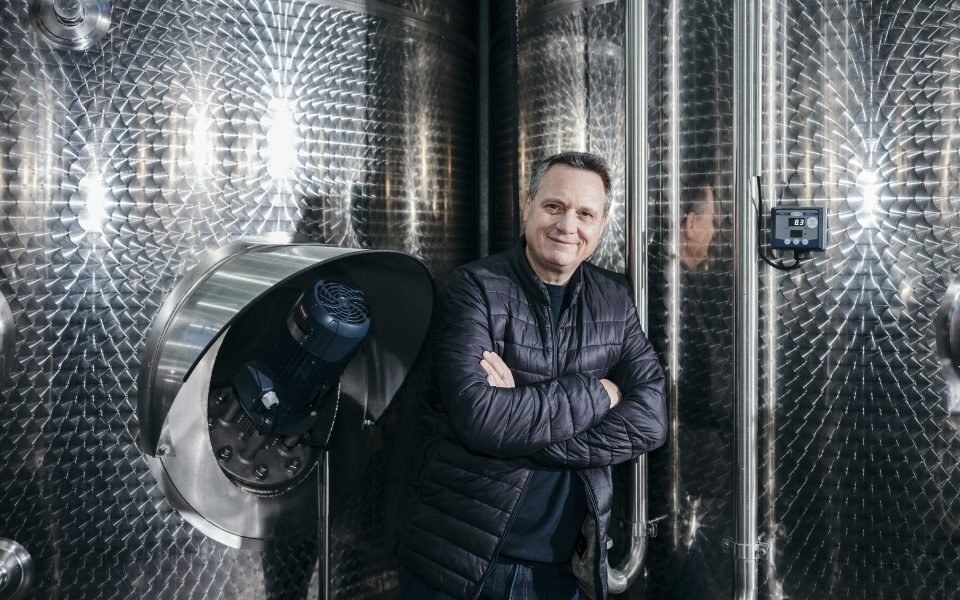 Wine is hard to imagine without the alcohol. It’s integral to its texture, flavor, complexity and, of course, the buzz.

Yet interest in alcohol-free wine has grown rapidly over the past couple of years.

According to Nielsen data, retail sales of nonalcoholic wines in the United States shot upward during the year ending Feb. 20, rising 34% over those 52 weeks after staying relatively stable from 2016-19. The rise was even more pronounced, 40%, in the last quarter of that year, which included Dry January, a month of voluntary abstinence stoked by social media.

The annual sales, worth roughly $36 million over the past year, are only a tiny fraction of the entire wine category, which saw more than $21 billion in that period. Only seven brands of alcohol-free wines had more than $1 million in sales, Nielsen reported.

That’s not much compared with other categories of nonalcoholic drinks like beer and cider, which offer a much greater selection than wine.

But interest has nonetheless grown fast enough in the past year that some in the wine trade now see it as an exciting opportunity.

“It’s the fastest-growing category in our portfolio right now,” said Kevin Pike, a proprietor of Schatzi Wines, a small importer and distributor in Milan, New York. “It’s up 1,000% and growing every day.”

Schatzi imports the Eins-Zwei-Zero series of alcohol-free wines from Leitz, an excellent and innovative riesling specialist in the Rheingau region of Germany. It is now selling three varieties: a riesling, a sparkling riesling and a sparkling rosé. The two sparklers also come in 250-milliliter cans, and Pike said he is hoping to add an alcohol-free pinot noir next year.

Another importer, Victor O. Schwartz of VOS Selections, brings in the Noughty alcohol-free sparkling chardonnay from Thomson & Scott, a merchant best-known for selling Skinny Prosecco. The bottles are intended for the diet-conscious, and Schwartz said the response to the wines has been great.

“I dipped my toe in the water and I was amazed at how much is going on in the alcohol-free zone,” he said. “I am already working on expanding the category in my portfolio. My customers want a range, and we will soon have a sparkling rosé from Noughty this summer.”

In the past, juice made of wine grapes and packaged in wine bottles has been marketed as an alternative to wine. But grape juice and nonalcoholic wines are not at all the same.

Good grape juice can be a wonderful thing – delicious but usually very sweet. Nonalcoholic wine is produced by first making wine. Yeast ferment all or nearly all of the grape sugar into alcohol. Then, the alcohol is removed. The result is no more intoxicating than grape juice, but it’s generally not as sweet and fundamentally altered.

What’s the appeal? It’s not hard to fathom in a pandemic world that has become consumed not only with drinking wine – sales are way up on the alcoholic variety, too – but with healthfulness, mindfulness and the cluster of other self-care practices that are now referred to generally as “wellness.”

The option to drink wine without the physical and mental toll possibly exacted by alcohol? Cha-ching! Wine Intelligence, a consumer research organization, wrote recently that low- and no-alcohol wine was “an unmet consumer need,” particularly among younger people.

Practical reasons nonetheless are as important as any driven by social trends.

“I am thinking about people who are into fitness and wake up super early to run or work out, people who want to party but are the designated driver, people who want to take a night off from their regular bottle of wine with dinner, people who have to work after dinner,” Schwartz said. “All of these people enjoy drinking wine and don’t want to give that up, but are happy not to have alcohol interfere at these times with their busy and active lives.”

Just these sorts of practical concerns inspired Johannes Leitz of the Leitz winery to try to create a good nonalcoholic wine.

As Leitz tells it, a Norwegian chef, Odd Ivar Solvold, spoke to him a few years ago about the need for a good nonalcoholic wine, particularly in Norway, where the penalty for drunken driving, Solvold told him, was 10% of one’s annual income. He wanted something that was balanced and would match his cuisine, and he offered to pay Leitz that same price he got for his conventional wines.

Leitz said he also had a personal desire for a nonalcoholic wine as heart issues were preventing him from consuming as much alcohol as had been customary for him.

Eliminating the alcohol from a wine is not easy, at least, not if the nonalcoholic wine is going to be any good. The boiling point of alcohol, about 173 degrees, is lower than that of water, about 212 degrees. Theoretically, you could simply heat the wine to 173 degrees for as long as it takes to boil off the alcohol. But that crude treatment would harm the flavor components of the wine, too.

Modern technology is more subtle. Both Leitz and Thomson & Scott use vacuum distillation, a process that essentially separates a wine into its constituent parts at relatively low temperatures. The alcohol is then eliminated and the remaining parts reassembled.

Removing the alcohol is no minor surgery for a wine. Not only does it account for the intoxicating effect, it contributes to the body and texture of a wine, as well as the flavors and potential for complexity.

In addition, no matter how relatively gentle the process, the removal of alcohol is nonetheless a harsh technological disruption of a wine. The sense of purity, energy and life that a good wine exudes is impossible in an alcohol-free bottle.

“You can’t compare it with wine,” Leitz said. “It’s different, and you might be a little disappointed, but when you need a good beverage with really good food, mine comes closest to wine.”

In order to compensate for what’s missing, producers need to add something, usually a little sugar or grape juice to round out the texture. But Leitz said that the most important element in making a good nonalcoholic wine is the base wine itself.

“We are the only producer of nonalcoholic wine that uses their own wine,” he said. The riesling he uses, for example, would otherwise go into his Eins-Zwei-Dry, an excellent entry-level dry riesling.

I can’t say whether he’s really the only one. But I know that for its Noughty sparkling chardonnay, Thomson & Scott, a company based in London, buys chardonnay grapes from the La Mancha region of Spain and then sends the wine to Germany for vacuum distillation. Leitz rents his own unit and does it all on site.

Each of the bottles I tasted, the three from Leitz and the Noughty, was maybe a bit sweet. None would be mistaken for a wine.

My favorite was the Leitz riesling, the still, not the bubbly. It was the only bottle where I could sense the varietal character of riesling – a touch of lime and apricot flashing intermittently.

Leitz’s sparkling riesling and sparkling rosé, made of pinot noir, both seemed simpler, as did the Noughty sparkling chardonnay. Partly, I think, this was because carbon dioxide is added to the wine for carbonation, just as with a soft drink. This made them seem inert as opposed to the natural carbonation that makes good sparkling wines feel alive.

Nonetheless, each was tasty, though perhaps more grapy than vinous.

I tasted one other bottle, a Fre Sparkling Brut from Sutter Home, a big American producer of inexpensive American wines. It was not clear what sort of grapes were in the wine, but it was far sweeter than the others, not surprising as the label indicated it was 32% juice. It would not compete with the other bottles.

Leitz said he sees big things ahead for the alcohol-free category. Each month, he said, he is getting more requests from around the world to ship his wines.

“It’s still learning by doing, and I’m really at the beginning of a huge journey,” Leitz said. “We’re only at 20% right now. We could do much, much more.” [The New York Times]

Home Videos The WORLD of WINE – Wine News. Cheap wine, tasting notes and cooking with wine The World of Wine – May 2021 … END_OF_DOCUMENT_TOKEN_TO_BE_REPLACED

How to visit Napa Valley on a Budget. In this video Carson and I explain a few ways to enjoy Napa on the cheap. Tip and advice about how to visit Napa … END_OF_DOCUMENT_TOKEN_TO_BE_REPLACED

Home Videos Get To Know Argentina Wine | Wine Folly If you love Malbec, Argentina is your ultimate wine region. But that’s not … END_OF_DOCUMENT_TOKEN_TO_BE_REPLACED