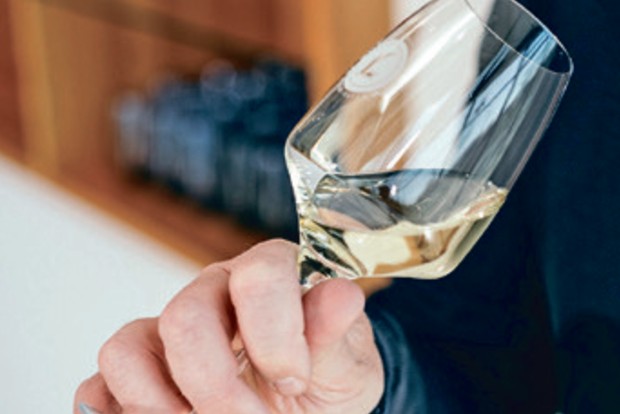 Wine is hard to imagine without the alcohol. It’s integral to its texture, flavour, complexity and, of course, the buzz. Yet interest in alcohol-free wine has grown rapidly over the last couple of years. According to Nielsen data, retail sales of non-alcoholic wines in the United States shot upward during the year ending on Feb. 20, rising 34 pc over those 52 weeks after staying relatively stable from 2016 through 2019. The rise was even more pronounced, 40 pc, in the last quarter of that year, which included Dry January, a month of voluntary abstinence stoked by social media.

In the past, juice made of wine grapes and packaged in wine bottles has been marketed as an alternative to wine. But grape juice and non-alcoholic wines are not at all the same. Good grape juice can be a wonderful thing — delicious but usually very sweet. Non-alcoholic wine is produced by first making wine. Yeast ferment all or nearly all of the grape sugar into alcohol. Then, the alcohol is removed. The result is no more intoxicating than grape juice, but it’s generally not as sweet and fundamentally altered. What’s the appeal? It’s not hard to fathom in a pandemic world that has become consumed not only with drinking wine — sales are way up on the alcoholic variety, too — but with healthfulness, mindfulness and the cluster of self-care practices that are now referred to generally as “wellness.”

The option to drink wine without the physical and mental toll possibly exacted by alcohol? Cha-ching! Wine Intelligence, a consumer research organization, wrote recently that low- and no-alcohol wine was “an unmet consumer need,” particularly among younger people. Practical reasons nonetheless are as important as any driven by social trends. Just these concerns inspired Johannes Leitz of the Leitz winery to try to create a good non-alcoholic wine. As Leitz tells it, a Norwegian chef, Odd Ivar Solvold, spoke to him a few years ago about the need for a good non-alcoholic wine, particularly in Norway, where the penalty for drunken driving, Solvold told him, was 10 pc of one’s annual income. He wanted something that was balanced and would match his cuisine, and he offered to pay Leitz that same price he got for his conventional wines.

Leitz said he also had a personal desire for a non-alcoholic wine as heart issues were preventing him from consuming as much alcohol as had been customary for him. Eliminating the alcohol from a wine is not easy, at least, not if the non-alcoholic wine is going to be any good. The boiling point of alcohol, about 173 degrees, is lower than that of water, about 212 degrees. Theoretically, you could simply heat the wine to 173 degrees for as long as it takes to boil off the alcohol. But that crude treatment would harm the flavour components of the wine, too.

Modern technology is more subtle. Leitz uses vacuum distillation, a process that essentially separates a wine into its constituent parts at relatively low temperatures. The alcohol is then eliminated and the remaining parts reassembled. Removing the alcohol is no minor surgery for a wine. Not only does it account for the intoxicating effect, it contributes to the body and texture of a wine, as well as the flavours and potential for complexity. In addition, no matter how relatively gentle the process, the removal of alcohol is nonetheless a harsh technological disruption of a wine. The sense of purity, energy and life that a good wine exudes is impossible in an alcohol-free bottle.

Asimov is the wine critic for NYT

Home Videos The WORLD of WINE – Wine News. Cheap wine, tasting notes and cooking with wine The World of Wine – May 2021 … END_OF_DOCUMENT_TOKEN_TO_BE_REPLACED

How to visit Napa Valley on a Budget. In this video Carson and I explain a few ways to enjoy Napa on the cheap. Tip and advice about how to visit Napa … END_OF_DOCUMENT_TOKEN_TO_BE_REPLACED

Home Videos Get To Know Argentina Wine | Wine Folly If you love Malbec, Argentina is your ultimate wine region. But that’s not … END_OF_DOCUMENT_TOKEN_TO_BE_REPLACED