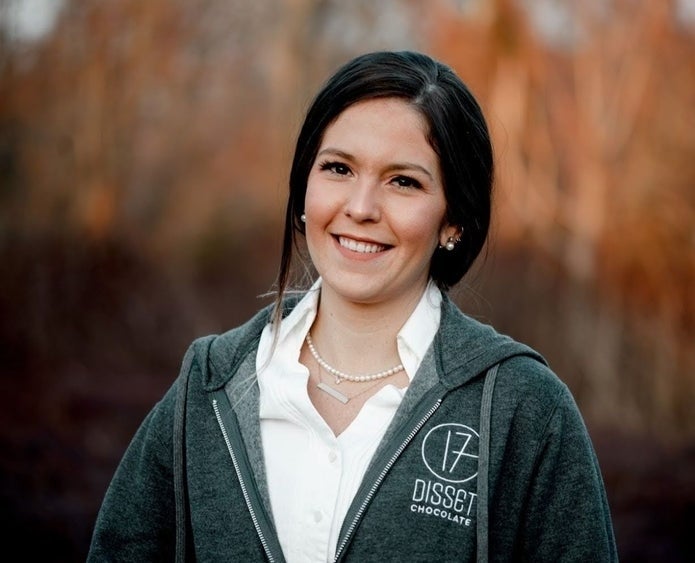 CUTCHOGUE, NY — Disset Chocolate, the creation of a Michelin-trained pastry chef and chocolatier, will be opening a brick-and-mortar location in Cutchogue soon.

The shop will open on Main Road in Cutchogue at the site formerly occupied by Simply Sublime, and feature Disset’s collections of hand-crafted, small-batch chocolates.

Ursula Sala-illa, whose professional name is Chef Ursula XVII, is a New York native with roots in Catalonia. She trained with world-renowned pastry chefs and worked at several Michelin-starred restaurants in Europe and the United States, including Ai Fiori, Albert Adria, Oriol Balaguer, and Jodi Ferrer, she said.

Ursual hinted in January that while the chocolates were currently only available online, plans could be coming soon for a shop.

“Having a brick-and-mortar is not something we originally thought would work with our business model,” she said. “However, like most ventures, flexibility is key. We’ve been hearing from our customers that they want us to have a storefront. So now, we’re looking at shifting our model to ideally have one in the near future.”

Ursula said the North Fork epitomized the perfect place to launch her line. “I live on the North Fork, putting down roots here after over a decade of moving around the world. There is nothing like the North Fork. Being from the suburbs of Barcelona, the beaches, farms, and vineyards here are as close as it gets.”

After moving to the North Fork, Ursula said she worked for Claudia Fleming at The North Fork Table & Inn.

“With a push from her, I was inspired to branch out and pursue my passion of creating artisan handcrafted chocolate with the finest ingredients,” she said.

Ursula integrates the bounty of the North Fork into the chocolates.

Any ingredients that do not grow in the North Fork, including chocolate, are sourced from “responsibly traceable farms and makers,” she said.

The North Fork has inspired her creative process, Ursula said.

“The North Fork is a place of collaboration and growth in the true spirit of ‘farm to table,'” she said. “At Disset, we wish to incorporate this into our business model — to work with farms, makers, growers, and artists and to create something unique in every bite.”

Discussing the name of her new business, Ursula said the name “Disset” means “seventeen” in Catalan, Ursula’s native language, and XVII is her second, or middle, name.

The Disset Signature Collection is crafted from natural ingredients and Valhrona chocolate and available in four, nine, or 17-piece assortments.

Ursula also offered tips on how to enjoy Disset Chocolate. “Just like a wine tasting, there’s an art to tasting and appreciating good chocolate. It’s an experience that should be savored slowly. I suggest taking a bite and allowing the chocolate to sit on your tongue and melt for a few minutes, which opens up the flavors onto your taste buds,” she said.

In addition to the new storefront, future plans also include pop-ups at wineries and other locations on the North Fork and beyond, she said.

Home Videos The WORLD of WINE – Wine News. Cheap wine, tasting notes and cooking with wine The World of Wine – May 2021 … END_OF_DOCUMENT_TOKEN_TO_BE_REPLACED

How to visit Napa Valley on a Budget. In this video Carson and I explain a few ways to enjoy Napa on the cheap. Tip and advice about how to visit Napa … END_OF_DOCUMENT_TOKEN_TO_BE_REPLACED

Home Videos Get To Know Argentina Wine | Wine Folly If you love Malbec, Argentina is your ultimate wine region. But that’s not … END_OF_DOCUMENT_TOKEN_TO_BE_REPLACED