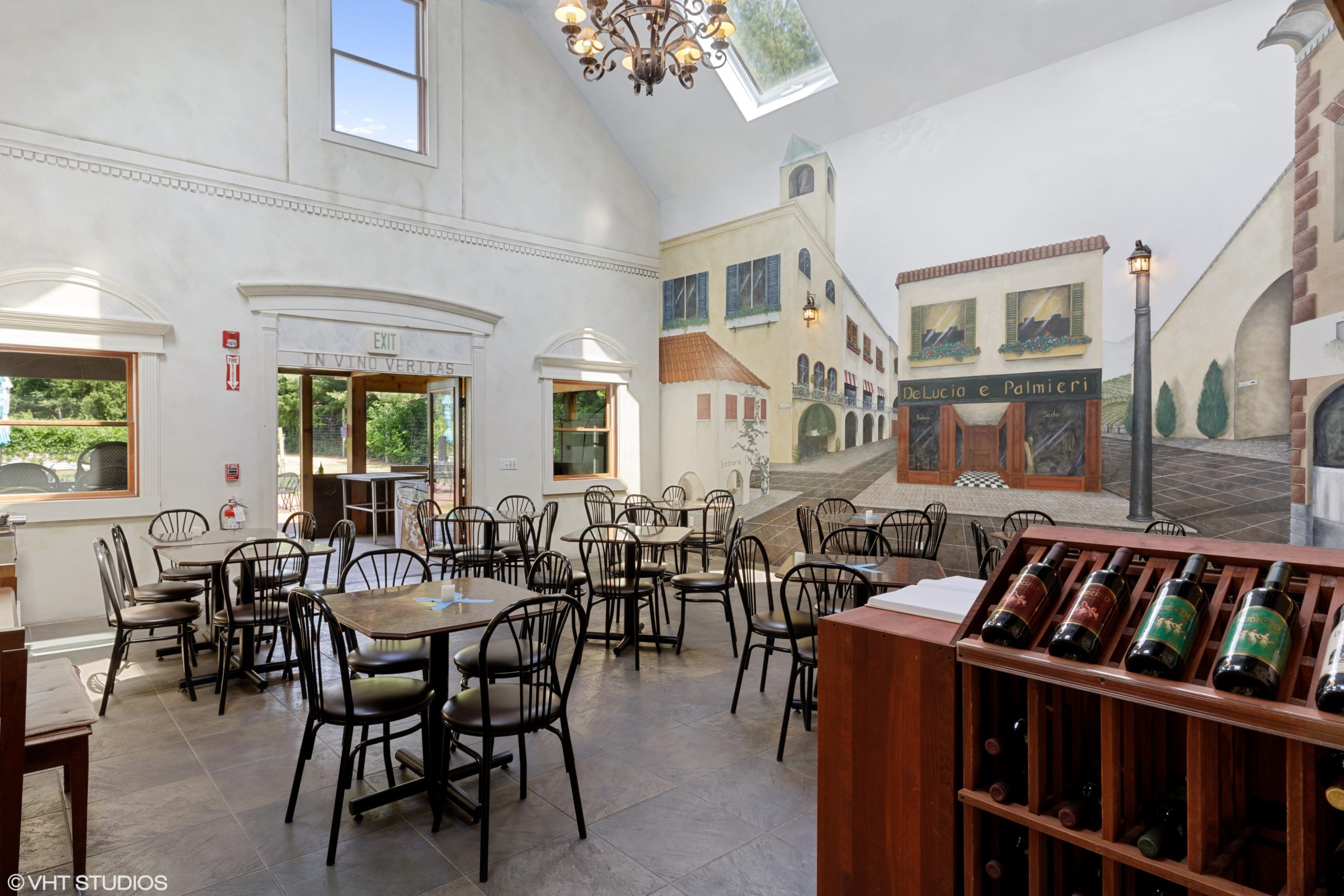 A dream to own a vineyard will soon be coming true for a Riverhead couple.

Diliberto Winery, located on Manor Lane in Jamesport, is set to be sold to Greg and Jacqui Goodale, a pair of Riverhead natives who hope to transform the property while honoring its roots.

“We absolutely love [owner Sal Diliberto] and feel like it was meant to be,” Goodale said in an interview Wednesday. “It’s amazing that he built this from the ground up and we’re excited to preserve that.”

The property, which features two acres of planted vines, a tasting room and home, was first listed on the market for $2 million in August. Newsday first reported the sale Tuesday.

In an interview, Sal Diliberto said it was time to look ahead to his future. “There are other things I want to do,” Diliberto said. While many area wineries have reached the point where the next generation is starting to take over, Diliberto said his adult children are content in their careers and weren’t interested in taking over.

Diliberto started making wine in his garage in Queens, where he was born and raised, much like his relatives in Italy have done for generations. At first, he used grapes purchased from California until his first trip to the East End in 1986, when he connected with the late Ray Blum at Peconic Bay Winery.

The homegrown operation expanded when he purchased the Manor Lane property in the ’90s, planted grapevines and began producing wines in 2001. The tasting room opened in 2007, a year after he and his wife Maryann moved to the North Fork full time.

“We’ve really enjoyed it,” Diliberto, who has been the winemaker, vineyard and tasting room manager for nearly 14 years, said. He also previously served for two years as the president of the Long Island Wine Council, which recently rebranded as Long Island Wine Country. “It’s small and intimate and we’re hands on. We’re always out there, talking to people. You can do that if you’re small,” he said.

Those who have visited the boutique winery may also recognize Diliberto as a talented chef and singer, frequently hosting Italian dinners and live music in the tasting room.

He’s planning to continue practicing law in the New York metropolitan area and looks forward to restarting his wine touring business, which offers guided trips to Italy, once it’s safe to travel again.

A shared love of Italy is what first sparked a connection between Diliberto and his successors.

Goodale, who holds a degree in Italian Studies from New York University, spent time living and working in Florence, Italy while she worked on her master’s degree and has also worked in marketing for food and beverage publications in Manhattan.

She can also trace her family’s roots back to the Campania region, where Diliberto’s family also hails from.

On a trip to Italy a few years back, Goodale was able to share her love of the country with her husband, Greg, whose family owns Riverhead Building Supply. Both are graduates of Riverhead High School and they currently live in Baiting Hollow with their two young children.

When they heard Diliberto was for sale, they drove over there that day and, after some more research, decided to jump in. The sale is expected to close in the coming weeks and the couple is awaiting a liquor license from the State Liquor Authority. Some renovations are planned over the winter and they’re hoping to relaunch the winery by Memorial Day.

Goodale said Wednesday that the new name will be Terra Vite North Fork Winery & Vineyard, which translates to ‘earth’ and ‘vine’ in Italian.

In addition, she said they’re planning to bring on her sister, Jessy Fusco, to oversee operations and wine education. Fusco is a certified sommelier who has worked as a beverage director at the Waldorf Astoria and assistant director of food and beverage at the InterContinental New York Barclay hotel. “We learned about wine through her. She’s so knowledgeable and we’re so lucky to have her,” Goodale said.

Real estate agent Valerie Goode, who listed the property for Colony Realty, said activity has been “brisk” since the property was listed six months ago. “There was a lot of interest,” she said. “It’s a very unique tasting room and beautiful place. What the Dilibertos created there is very special,” Goode said.

The pending transaction is the latest in a series of winery sales in recent years. Laurel Lake Vineyards was recently purchased by television newsman Dan Abrams and several vineyard and winery properties, including Osprey’s Dominion, Bedell Cellars and Vineyard 48 remain on the market.

Randy Frankel, a former Wall Street financier, purchased Shinn Estate Vineyards in 2017 and in 2019 joined the owners of the Menhaden in Greenport to purchase Croteaux Vineyards.

Diliberto said he feels “very fortunate” to have found them. “They’re involved in the area in lots of different ways, the entire family,” he said. “They’re young, energetic and I see a lot of potential in the future for them to not only continue what we started but to grow it.”

Home Videos The WORLD of WINE – Wine News. Cheap wine, tasting notes and cooking with wine The World of Wine – May 2021 … END_OF_DOCUMENT_TOKEN_TO_BE_REPLACED

How to visit Napa Valley on a Budget. In this video Carson and I explain a few ways to enjoy Napa on the cheap. Tip and advice about how to visit Napa … END_OF_DOCUMENT_TOKEN_TO_BE_REPLACED

Home Videos Get To Know Argentina Wine | Wine Folly If you love Malbec, Argentina is your ultimate wine region. But that’s not … END_OF_DOCUMENT_TOKEN_TO_BE_REPLACED