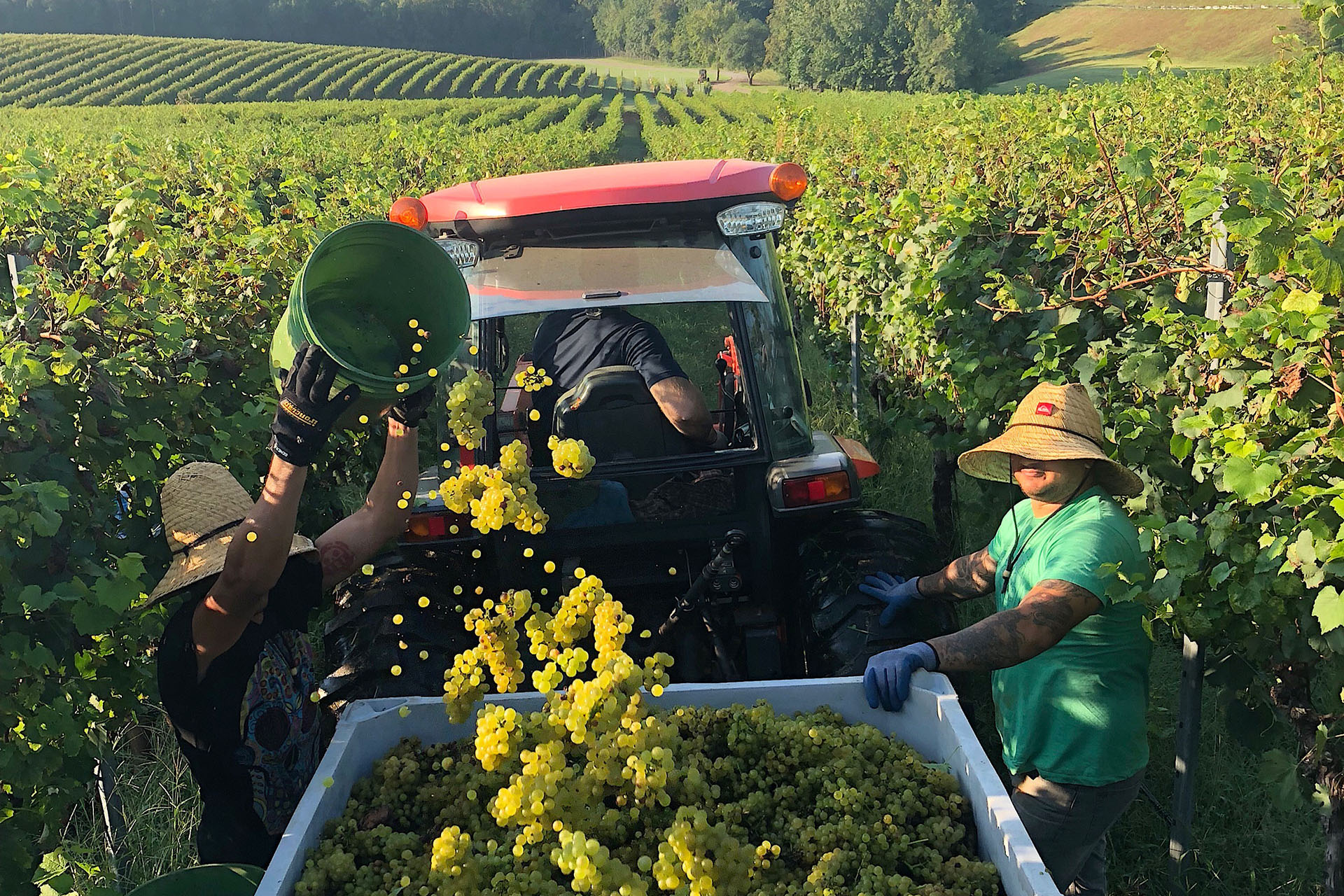 When it comes to wine produced in the South, don’t judge a book by its cover. Beyond the highway billboards that advertise fruit wines, you’ll find small, independent producers that craft wines that hold up against counterparts in more established markets.

“There’s so much more beneath the surface,” says wine educator Kelly Cornett.

Southern wine isn’t trying to be like wine from other places, either. “Leave those preconceived notions behind when approaching Southern wine, because you have to be open to what the land gives you,” says Cornett. “It could be different grapes, different flavors, different structure. That’s okay because you’re in a different wine region. It’s about the place.”

The climate and soil of the South

Growers in the South must contend with a hot climate.

“We’re right at the edge of where you can be really making wine in the world,” says Pat Peterson, wine manager for retailer Hop City in Atlanta. “We’re more southern than the islands of Sicily in Italy, and it’s obviously hot there. You’ve got to be creative.”

There’s also the humidity, which becomes a bigger issue the further south you go. Hurricane season creates a strong chance of rain in the fall, and damp conditions add to winemaking hazards.

In Virginia, the soil types tend to lean towards granite and greenstone, while soil texture in Georgia’s mountains often have sandy red clay that holds moisture and prevents droughts.

“Water is our biggest nemesis here in the eastern U.S.,” says Jeff White, owner/winemaker of Glen Manor Vineyards. “It’s too much water. The best vineyard sites are going to be where water does not linger. Very rocky, porous soils, steep mountainside slopes, anywhere where we can get the water to evacuate from the vineyard soils very fast makes a better wine.”

Despite these challenges, winemakers have used a combination of native, hybrid and vitis vinifera grapes, with viticulture practices targeted to the region’s unique climate, to create a thriving wine scene.

Muscadine and Scuppernong grapes, native to the Southeast, thrive in sandy coastal regions. Scuppernong was documented by 16th century European explorers as growing in abundance in the coastal plains of North Carolina, and Roanoke Island’s “Mother Vine” is believed by some be an early example grape cultivation in North America.

“If you’re outside the state, you think of wine from here as being sweet because the Muscadine is very well known, and those wines are traditionally pretty sweet,” says Chuck Jones, cofounder of Jones von Drehle Vineyards and Winery in North Carolina’s Yadkin Valley. “So, we work very hard to break that idea.”

While experts acknowledge Muscadine’s role in Southern wine history, many say that there’s much more to explore.

If the South has a signature grape, Cornett says it would Petit Manseng. The grape is hardy and can withstand the humidity, which makes it less prone to disease. At Jones von Drehle, a plethora of French vinifera vines are grown on 30 acres that include Viognier and Petit Verdot. Yet, it’s Petit Manseng that most energizes Jones.

“The wine itself, when you produce it dry, ranges from a tropical note to incredibly beautiful and zesty,” he says.

Down the road at Shelton Vineyards, grapes grown include Tannat, Merlot and Malbec, while nearby Raffaldini Vineyards specializes in Italian grapes like Vermentino and Montepulciano.

Up in the Shenandoah Valley, White also enjoys the versatility of Petit Manseng. He says the berry isn’t pulpy or juicy, which is a challenge, but it can be quite versatile.

“It’s got this sweetness you detect on the tip of your tongue, but then your mouth is cleansed with all this bright, crisp acidity and washes that sweetness away,” says White.

At Wolf Mountain Vineyards in Dahlonega, Georgia, an hour north of Atlanta, owner Karl Boegner says the property’s southwestern-facing slope creates an ideal environment for red grapes. Among the vines are Syrah, Cabernet Sauvignon and Malbec.

“This Dahlonega Plateau area allows us to grow vinifera, really, best on the East Coast in some manners because of our 30-days-longer growing season,” says Boegner “We have to work a little harder because of excess rainfall and humidity.”

Boegner’s friends thought he was ridiculous when he converted 30 acres of pine tree-covered land into a vineyard in 1999. In recent years, Wolf Mountain welcomes around 60,000 visitors annually, and guests aren’t just coming for the view. In 2018, the Dahlonega Plateau became an American Viticultural Area (AVA).

In North Carolina, Shelton Vineyards was a dairy farm with tobacco fields when brothers Charlie and Ed Shelton purchased the property. It’s located in the Yadkin Valley AVA, one of six in the state. As tobacco sales declined, the company teamed with the local community college to create a program that trains tobacco farmers in viticulture.

At Noble Wine in Clayton, Georgia, owner Jabe Hilson studies the land and places an emphasis on viticulture. Cornett uses Noble as an example of Southern producers who succeed with an academic approach to winemaking over tourism.

“You go to a winery, get the tasting list, and you not only see vinifera of French grapes that you know, but you see these French-American hybrid grapes,” she says. “They’re making beautiful wine from it. They’re dry, structured and some are super elegant.”

Some producers, like Biltmore Winery in Asheville, North Carolina, and Veritas in Afton, Virginia, are available nationally. But they opt to self-distribute because, as Jones says, it’s hard for smaller producers to compete with facilities that produce one million gallons of wine.

“Hospitality is our mainstay because distribution is not necessarily successful for the Georgia wine industry,” says Boegner, whose property includes a bed-and-breakfast as well as a full-service restaurant. “When you’re here, you get to be taught about the wines [and] you get to see how we’re serious about producing.”

“In my travels around the United States and Europe, everywhere I’ve gone, it’s always been about the local wine they were producing that paired best with the food,” says Grimm. “There’s just something about the chemistry that works best with it.”

Home Videos The WORLD of WINE – Wine News. Cheap wine, tasting notes and cooking with wine The World of Wine – May 2021 … END_OF_DOCUMENT_TOKEN_TO_BE_REPLACED

How to visit Napa Valley on a Budget. In this video Carson and I explain a few ways to enjoy Napa on the cheap. Tip and advice about how to visit Napa … END_OF_DOCUMENT_TOKEN_TO_BE_REPLACED

Home Videos Get To Know Argentina Wine | Wine Folly If you love Malbec, Argentina is your ultimate wine region. But that’s not … END_OF_DOCUMENT_TOKEN_TO_BE_REPLACED