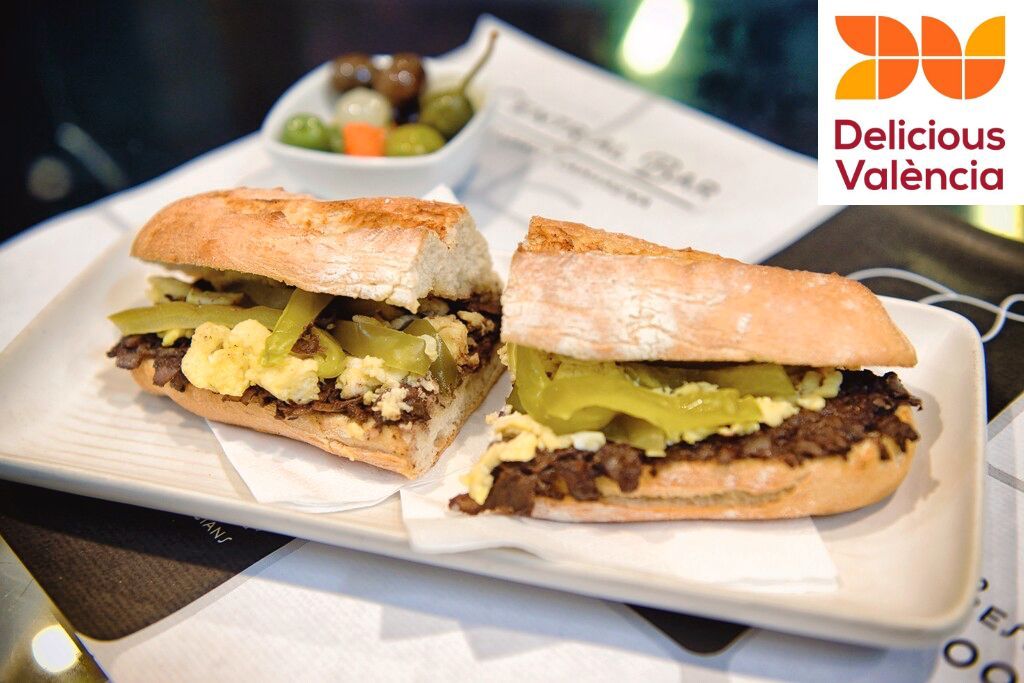 The city of Valencia announces the launch of a new brand, Delicious Valencia, set to boost its gastronomic identity and to showcase its ample culinary offering, from traditional Spanish cuisine to avant-garde dining, to an international audience.

Delicious Valencia seeks to continue to position Valencia as a leading European destination for travelers who look to indulge in some of the best gastronomic experiences offered around the world.

The Delicious Valencia logo represents Valencia’s extensive orange groves and farms, the many textures of the paella Valenciana – a dish that originated in the Valencia province, and the esmorzaret, meaning small lunch. Locals avoid having breakfast and simply skip to a mid-morning or noon meal by having appetizers, drinks, such as beer or wine mixed with lemonade, and a baguette filled with charcuterie, eggs, or vegetables. The logo showcases the Delicious Valencia acronym (DV) in colors that represent the most prominent views of the city of Valencia, including its Mediterranean sunsets, and its well-rooted culinary culture.

“Food unites tourists and locals alike in Valencia and our gastronomy is a unique representation of the professionalism and success of all the locals who work in this field,” said Maximo Caletrio, promotions manager for Canada and the U.S, Visit Valencia Foundation.

“We made Delicious Valencia a core focus of our marketing program for 2021 because we want to reiterate there is no better destination than Valencia to enjoy mouthwatering dishes, at a fraction of the cost when compared to other destinations.”

Three institutions from Valencia launched a contest to select the best proposal for this new brand: the Visit Valencia Foundation, the Association of Designers of the Valencia Community (ADCV) and World Design Capital Valencia 2022. Following a strict evaluation process, the institutions jointly selected Estudio Modesto, an advertising and graphic design agency, to lead the design and naming process.

Valencia offers superior culinary indulgences with top-rated restaurants, some of which recently achieved eight Michelin stars including a new recognition, a green star, given to Ricard Camarena Restaurant for its commitment to sustainability and the environment. Aspiring food entrepreneurs and renowned chefs are pushing the boundaries of Valencia’s gastrotourism offering, helping the city further establish itself as Spain’s culinary capital. By presenting orchard tours where travelers can learn about Valencia’s seasonal vegetables and then cook local dishes on-site, to a tapas and wine pairing tour of the City of Arts and Sciences, Valencia’s culinary travel scene is like no other. Additionally, with direct access to the Mediterranean, tasty seafood and fresh fish and can be enjoyed at the many beachfront restaurants spread across the city.

Delicious Valencia is the latest project to be launched as part of the city’s multiple initiatives to reboot the tourism industry of the region following Spain’s border reopening in late June.

For more information, go to www.visitvalencia.com.

Home Videos The WORLD of WINE – Wine News. Cheap wine, tasting notes and cooking with wine The World of Wine – May 2021 … END_OF_DOCUMENT_TOKEN_TO_BE_REPLACED

How to visit Napa Valley on a Budget. In this video Carson and I explain a few ways to enjoy Napa on the cheap. Tip and advice about how to visit Napa … END_OF_DOCUMENT_TOKEN_TO_BE_REPLACED

Home Videos Get To Know Argentina Wine | Wine Folly If you love Malbec, Argentina is your ultimate wine region. But that’s not … END_OF_DOCUMENT_TOKEN_TO_BE_REPLACED