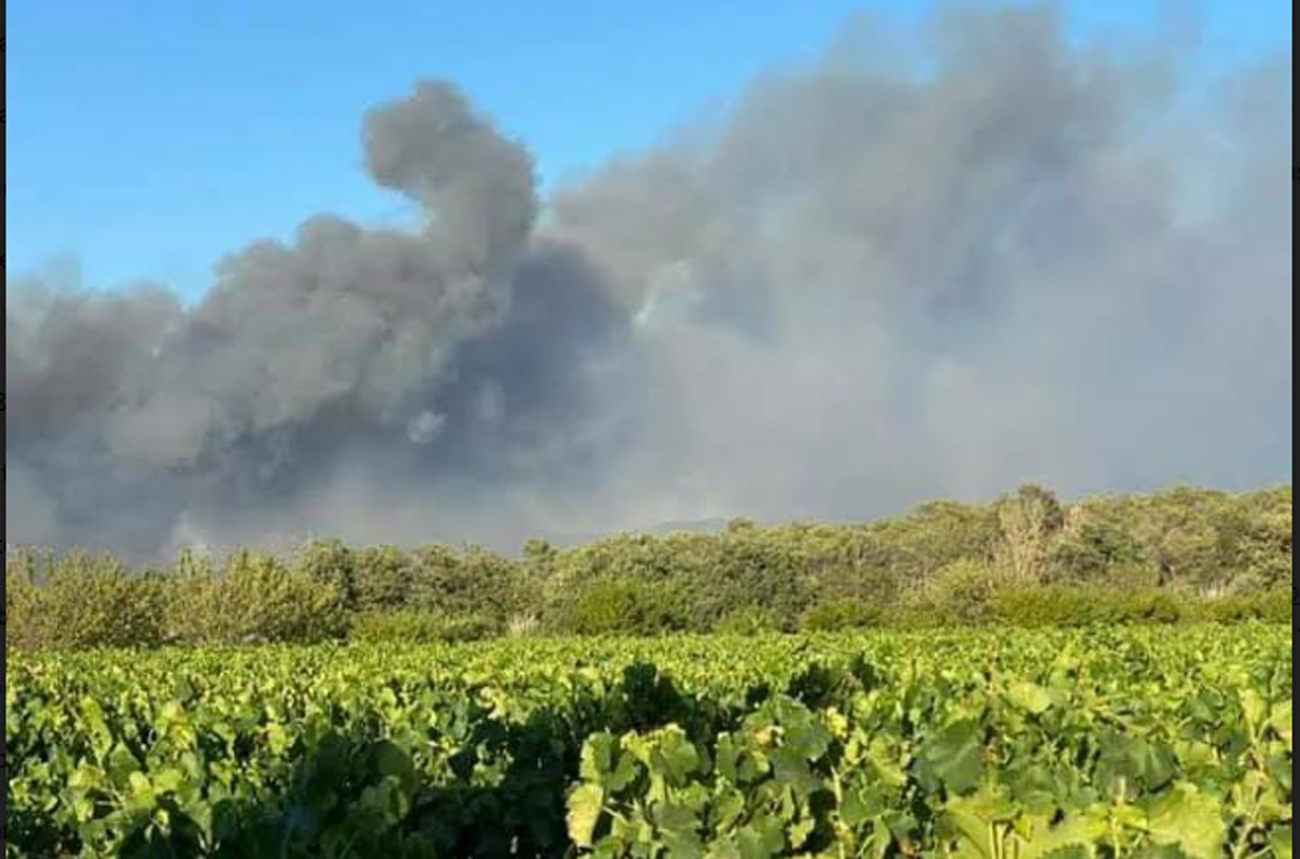 The fire, which is thought to have started from a disregarded cigarette, broke out on Monday morning (16 August) near a motorway rest stop on the A57 near Gonfaron, in the Var region of southern France.

It quickly spread towards the region of Les Mayons, the southwestern end of the new Notre Dame des Anges terroir designation with the Côtes de Provence AOC.

The blaze, which continued overnight as firefighting planes doused the flames, was aggravated by the preceding four days of extreme heat, after a long, dry summer and particularly strong Mistral winds.

The fire spread fast, around four km/h, eastwards along the northern slopes of the nature reserve of the Massif des Maures and the Maures plain, then moved south to the villages of La Garde-Freinet and Grimaud, before turning towards Cogolin and St Tropez. By Tuesday 17 August, 5,000ha had been consumed by the flames.

Three of the four wine estates of the MDCV group – Château des Bertrands, Ultimate Provence and Château St Roux – were evacuated early on the 17th. Winemaker Alexis Cornu was unable to confirm the extent of vineyard or cellar damage.

Alain Guichet, director of the cooperative of Torpez, St Tropez, commented late on the 17th that the vines were at that time untouched, but his new cellar in the town of St Tropez was covered in a fine ash dust and the air was full of smoke.

Jeany Cronk’s vineyard and winery, Domaine Mirabeau, was evacuated on Wednesday 18 August, and only this morning has she been able to verify the extent of the damage. Cronk posted two images (below) on Instagram, writing; ‘We’re very lucky to have this view of our battered and charred farm. This is down to 5 trucks of firefighters and our farmer Anthony who refused to let the houses and animals go to a devastating wall of fire coming at them.

‘The remains of the smouldering outbuildings tell their tale of how violent and close it was. The vines are particularly impacted and there will likely be no harvest time for those that made it,’ she wrote. 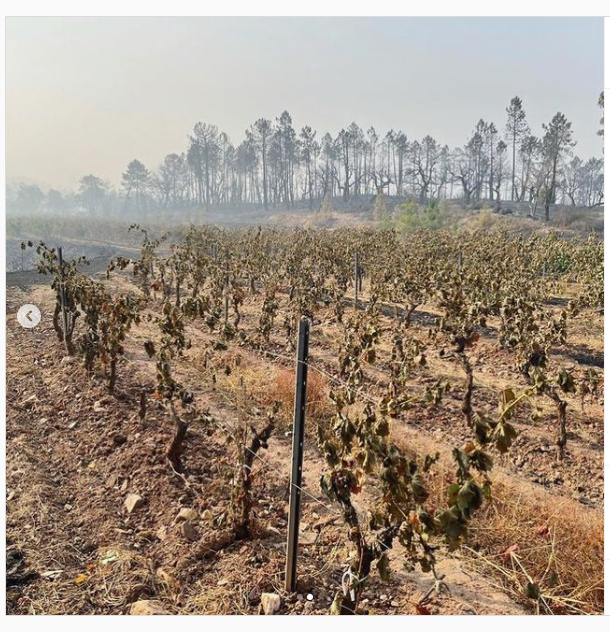 Although fires are a regular occurrence in the south of France, they are usually smaller and quickly contained. The last extensive fires were in 2003, 1979 and 1950.

Eric Pastorino, President of the CIVP and a vigneron in Gonfaron, said that following the 2003 fires, producers put together a strong case for fire breaks and management of vegetation to prevent further outbreaks. However, opposition from ecologists, concerned with protecting the natural park and in particular the endangered Hermann tortoise, meant that no fire breaks were eventually put in place.

Cronk revealed that she is not allowed to cut into the surrounding forest area to create a fire break to protect her property because it forms part of the nature reserve.

The south of France’s famous garrigue is made up of highly flammable resinous undergrowth and trees. This was previously kept in check by grazing sheep and goats.

With many domaines evacuated at the western end of the Massif des Maures, north of St Tropez, it is currently hard to evaluate the extent of vineyard damage, with communication lines partially damaged and roads closed.

On the 18th, the wind started to change direction, pushing the fire north towards Le Cannet, allowing staff at the cru classé estate of Château St Maur, in Cogolin, hope of returning to the domaine imminently.

Some winemakers are still hoping to start the harvest by early September, thankful to the minimal skin contact required for making rosé therefore reducing the effects of smoke taint.

As of today, (Thursday 19 August), the Var department has reported that the fire has now slowed, with 7,100ha already ravaged, exceeding the damage done in 2003. Two deaths and 27 smoke inhalation injuries have been reported and the risk of a resurgence is still high.

Firefighters have also been battling blazes to the south of Narbonne in the Aude region, and in Beaumes-de-Venise, Provence over the last few days.

Home Videos The WORLD of WINE – Wine News. Cheap wine, tasting notes and cooking with wine The World of Wine – May 2021 … END_OF_DOCUMENT_TOKEN_TO_BE_REPLACED

How to visit Napa Valley on a Budget. In this video Carson and I explain a few ways to enjoy Napa on the cheap. Tip and advice about how to visit Napa … END_OF_DOCUMENT_TOKEN_TO_BE_REPLACED

Home Videos Get To Know Argentina Wine | Wine Folly If you love Malbec, Argentina is your ultimate wine region. But that’s not … END_OF_DOCUMENT_TOKEN_TO_BE_REPLACED