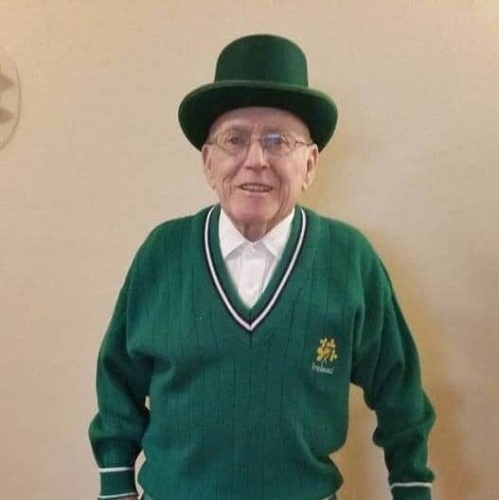 Dave passed away on January 18, 2021, of heart disease, at the age of 82. David Patrick Casey was born to Gerald Patrick Casey and Lillian Ruth (Olson) Casey in Fargo, North Dakota. He was educated at Fargo schools, graduating from Fargo Central High School in 1956, and North Dakota State University in 1961 with a degree in Pharmacy. He married Judith Gwynn in Fargo in 1961 and they welcomed Troy Patrick in 1965 in Billings, Montana, and Torey William in 1968 in Helena, Montana. They later divorced. Dave married his soulmate Susan (Sue) Frances Poor in 1979 in Bozeman, Montana. They were life partners and best friends thereafter.

Dave served in the U.S. Army Reserves for six years, being honorably discharged in July 1962. He spent his career working in retail and hospital pharmacies across Montana. He eventually owned his own store in downtown Helena, Montana: Casey’s Pharmacy and Wine Corner. He was the first on-site pharmacist at Shodair Children’s Hospital and ended his career there as Chief Pharmacist. He was always supportive of small businesses. Dave served on the St. Helena Cathedral’s Parish Council and was involved with Cursillo.

He was an award-winning wine maker using Oregon blackberries and Flathead cherries. He especially enjoyed the first weekend of August making wine with friends near Ronan. His friend Will Selser and Dave introduced many people to fine wines by hosting wine tastings during the 1980’s and 1990’s. Sue and Kendra Selser won the Helena blind tasting contest after their tutelage.

Dave was a sportsman during his life. He played offensive guard on the state championship football team during his senior year. The running backs were larger than he was, but being low to the ground he was able to poke a big hole in the defense as they were not looking for him! He enjoyed carousing with his buddies, several of whom survive him. You know who you are; he loved you to the end.

He ran road races for 20 years, although a knee injury during his third Governor’s Cup Marathon put the kibosh on that. Sue was very happy that Dave was a great swing dancer, having learned how in the 1950’s. They also skied and played golf for many years. Dave was an excellent chess player. He rooted on the NDSU Bison football team without fail, realizing the dream with their success in winning seven national championships during the 2010’s.

Most of all, Dave was a funster. He was a leprechaun in many ways. His gold was stolen many times, mostly in Butte, Montana, on St. Paddy’s Day. Once it was stolen, his family had to fend off the other prospective thieves! Whenever he spent the day in Palm Springs, California, he was frequently befriended by locals and international visitors. He even made the evening news! He had many memorable sayings: his wife said he spoke North Dakotan. Sue’s favorite was after Dave saw another flat tire on the road after experiencing our own, he explained: Wow, it was dave au jus all over again!

Dave took great pride in maintaining his home in the North Hills. Dave and Will built a huge deck during the summer that Helena saw a lot of rain and cool temps. He was tenacious at maintaining defensible space around the house, which can be seen on Google Earth. His nieces and nephews all helped in this effort for years. They went from hunting Easter eggs to hauling rock and cutting down Ponderosa pines for proper forest management. When the pine beetles came through, we lost only six trees while neighbors lost all their pines.

Dave and Sue enjoyed time share vacations visiting Hawaii almost 30 times and stayed on or visited every island. Vacations for skiing and golf at those and other locations around the lower 48 were fun for both family and friends. Late in life they traveled to France, Alaska, and Australia.

Dave was preceded in death by his parents, his brothers Michael and Timothy, and mother and father-in-law Jess and Margaret Poor. Dave will be dearly missed. He is survived by his wife of 41 years Susan Casey, of Sun City West, Arizona; his sons Troy (Charon), of Chesapeake Beach, Maryland; and Torey Casey (Ruth Clemens) of Aberdeen, Washington. Dave loved his grandchildren greatly: Torey’s daughter Madeline J. Casey, Ruth’s son Kalisi Clemens, and their daughter Mahina J. Casey. Also mourning are Sue’s and Dave’s confirmation sponsor (15 years apart) Rosemary Jacoby, Sue’s sisters Anne (Erich) Weber and Rosemary Keller, and her brother Kevin (Rachel) Poor. He will be missed by six nieces and two nephews, along with many other relatives and dear friends from all walks of life.

The family wishes to thank Banner Hospice for the compassionate care in Dave’s last months. Cremation has taken place and a celebration of life will take place in Montana at a later date.

Home Videos The WORLD of WINE – Wine News. Cheap wine, tasting notes and cooking with wine The World of Wine – May 2021 … END_OF_DOCUMENT_TOKEN_TO_BE_REPLACED

How to visit Napa Valley on a Budget. In this video Carson and I explain a few ways to enjoy Napa on the cheap. Tip and advice about how to visit Napa … END_OF_DOCUMENT_TOKEN_TO_BE_REPLACED

Home Videos Get To Know Argentina Wine | Wine Folly If you love Malbec, Argentina is your ultimate wine region. But that’s not … END_OF_DOCUMENT_TOKEN_TO_BE_REPLACED