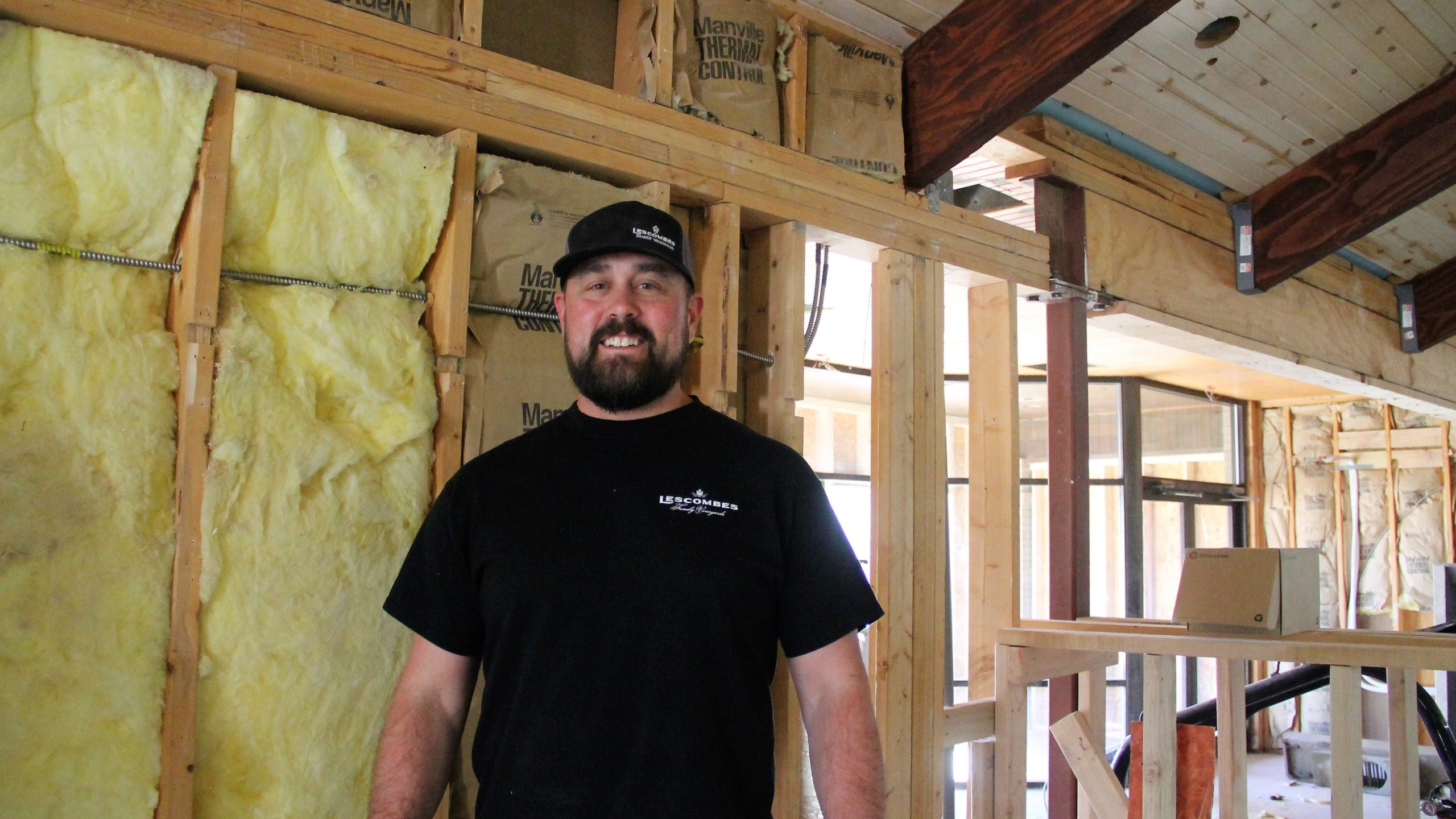 Mike Whiteside, manager of D.H. Lescombes Winery and Bistro in Las Cruces, spent the last five years commuting between his home in Alamogordo and the restaurant.

Whiteside, husband to Laura and father to their two children, will now be spending more time at home as Lescombes Family Vineyards announced it would open a bistro in Alamogordo.

“We’re going to be bringing that experience to the Alamogordo market,” said Whiteside, who will act as the D.H. Lescombes Alamogordo general manager.

The company announced its work to remodel the structure at 261 Panorama Boulevard, which formerly housed Golden Corral, to house the bistro.

“The entry area is actually changing, the front boards there are going to be the front of the building,” Whiteside said. “You’ll walk in directly to our bar area which is going to be a beautiful copper top… with a wine display above the top.”

The top of the bar will be made in-house at the winery in Deming, but the grapes are grown on 200 planted acres in Lordsburg, Whiteside said.

D.H. Lescombes’ liquor license is a growers license which only allows them to sell New Mexico-made products.

“Obviously, we’re going to sell our own wine, ” Whiteside said.

The bistro will also sell New Mexican beers that will be served from each of their six taps.

“We want to try to do as many from the southern end of New Mexico,” Whiteside said.

The bistro will also serve food, paired of course with the wine and beers available at the location. Diners can look forward to schnitzel dish that pairs well with the D.H. Lescombes Heritage Pinot Noir, a D.H. Lescombes Facebook post states.

The dining room will include booths that are semi-enclosed, Whiteside said.

The building remodel includes a lounge area and two private rooms which can be converted into a single large private room, Whiteside said.

There will also be a full retail area near the front of the bistro where wine can be purchased by the bottle or by the case.

Whiteside said despite delays to the project, the building now only needs finishing touches – some sheetrock and the finishing – and is “full steam ahead.”

A patio is also being built onto the property and live, local music will be a part of the D.H. Lescombes Alamogordo experience, Whiteside said.

Lescombes Family Vineyards has been producing wines in New Mexico since 1981. The company has bistro locations in Albuquerque and Las Cruces; Hervé Wine Bar in Santa Fe and a tasting room near the St. Clair Winery in Deming.

“The family’s mission is to passionately craft quality wine and food to be enjoyed with friends and family,” a D.H. Lescombes news release states.

Nicole Maxwell can be contacted by email at nmaxwell@alamogordonews.com, by phone at 575-415-6605 or on Twitter at @nicmaxreporter.

Home Videos The WORLD of WINE – Wine News. Cheap wine, tasting notes and cooking with wine The World of Wine – May 2021 … END_OF_DOCUMENT_TOKEN_TO_BE_REPLACED

How to visit Napa Valley on a Budget. In this video Carson and I explain a few ways to enjoy Napa on the cheap. Tip and advice about how to visit Napa … END_OF_DOCUMENT_TOKEN_TO_BE_REPLACED

Home Videos Get To Know Argentina Wine | Wine Folly If you love Malbec, Argentina is your ultimate wine region. But that’s not … END_OF_DOCUMENT_TOKEN_TO_BE_REPLACED