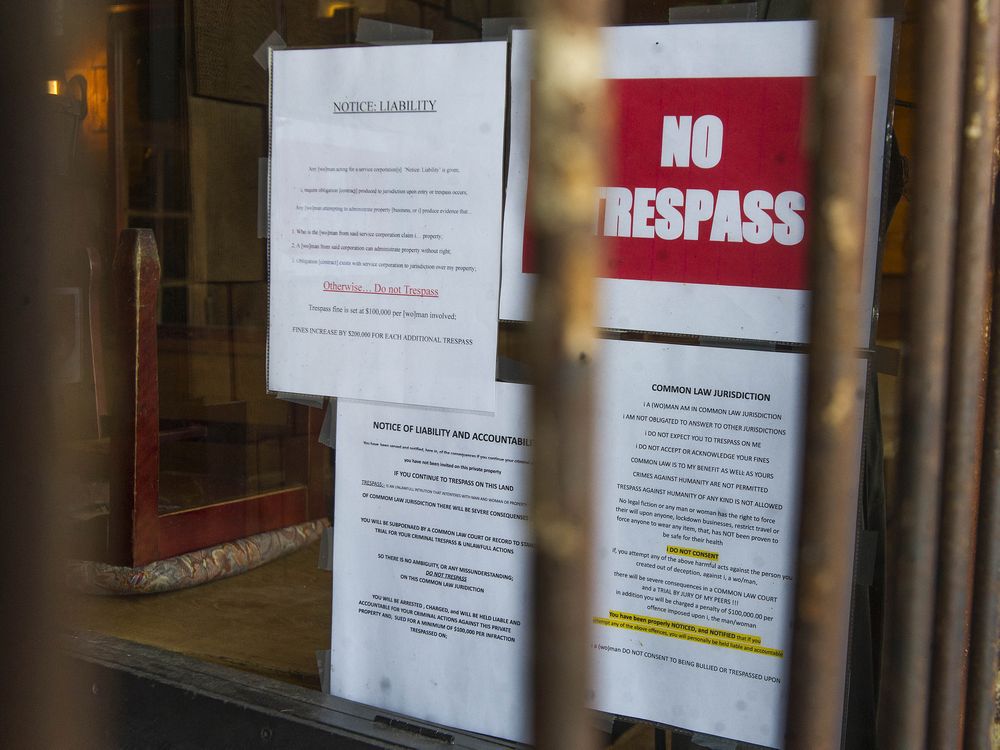 “Harassment of enforcement officials will not be tolerated, and closure orders by Vancouver Coastal Health or any other health authority must be respected,” Farnworth said in a statement.

“There most certainly will be consequences for those openly ignoring and defying orders that are intended to keep British Columbians safe.”

Under the government’s new restrictions announced earlier this week, restaurants can only serve patrons on patios or takeout. Both Gusto restaurant in Olympic Village and Corduroy in Kitsilano have indicated they will remain open to serve customers.

Anyone hosting a non-compliant event can currently be issued a violation ticket of $2,300, while individuals face a $575 fine.

Gusto restaurant owner Federico Fuoco, who already had to close one of his restaurants because of the pandemic, says these restrictions will be the “final nail in the coffin” for small business owners.

He says it’s unfair that people are still allowed to cram into malls, eat on ferries, or shop at busy mega-stores like Costco and Walmart. He also questioned why the government is allowing indoor wine tasting to continue.

“Why just our industry? If it was a blanket policy, at least that would be fair. If there are outbreaks, like at the poultry factories, then you isolate that one. But to punish one industry to me, it is discriminatory,” said Fuoco.

On Friday, Fuoco said he would continue to serve people indoors in defiance of the order to take a stand against the “unfair” measures hurting small restaurants. Vancouver Coastal Health confirmed Saturday that it has issued a closure order to the Salt Street restaurant.

Fuoco said Saturday morning that he is trying to get VCH to lift the order, but he will abide by it for now.

“This order should be lifted immediately. If you are restricting us, you should restrict everybody.”

Fuoco, who is also a Non-Partisan Association board member, said he installed Plexiglas dividers and hand-sanitizing stations and insists he has been following all social distancing rules. He said the expense has become too much for restaurants and he fears many will go under.

“Restaurants struggle in the best of times when there isn’t a pandemic. Plexiglas is at a premium. It’s like buying gold right now,” he said.

Fuoco added that on a day when it’s raining, there are no customers who want to sit outside.

“Restaurants are worried that come April 19 the order will be extended, and if that’s the case wait and see how many restaurants will close. They will not be able to weather this. What are people supposed to do if they don’t have a patio? They can’t survive on takeout alone.”

Meantime, in a video posted to Instagram Friday, Rebecca Matthews, owner of Corduroy, tells a crowd of anti-maskers that their restaurant is “officially open.”

In her speech, Matthews rails against the government for closing indoor seating, says she distrusts the media, and questions whether the data on the COVID numbers is accurate.

“The cure cannot be worse than the cause, and it’s time to open up our doors,” she said.

At Corduroy Saturday, a sign was posted on the front door claiming sovereign citizen rights. So-called sovereign citizens believe they are exempt from government rules and only follow their particular interpretations of the common law. Some don’t pay their taxes. However, they are not exempt from the law and can face criminal charges and even prison.

Four years ago, B.C. Supreme Court Justice Murray Blok said these arguments have never been successful in any court and called them “sheer and utter nonsense.”

The restaurants have left many people on social media angry and confused at the defiance. In response to the crowd of anti-maskers and Corduroy restaurant, one person wrote:

“Thank you so much for doing your part to contribute to the high number of COVID cases in B.C.! Congratulations on extending closure orders due to your selfish and misguided actions of hosting a large gathering and packing your restaurant full of people.”

Visintin said the Provincial Health Officer has issued a full closure to the restaurant, but no arrests or tickets were issued by police on Saturday.

“The provincial health authorities will seek further action as they see fit. We will continue to assist under their direction,” Visintin said in an emailed statement.

A video posted to Facebook shows health inspectors presenting Matthews with notices inside her restaurant on Saturday night.

In the clip, which has more than 1,000 shares, Matthews accuses the officials of trespassing while they are serenaded with chants of “get out” by a throng of maskless patrons.

On its Instagram account Sunday morning, Corduroy said it has “sold out of food” and would close for two days over Easter but vowed to reopen on Tuesday at 4 p.m. despite the shutdown order.

Details on enforcement of the orders can be found on the B.C. government website.

Making a list of restaurants to avoid post covid. Courdoroy and Gusto are currently at the top. #maskholes

Get the latest COVID-19 news delivered to your inbox weeknights at 7 p.m. by subscribing to our newsletter here.

More On This Topic

Sign up to receive daily headline news from the Vancouver Sun, a division of Postmedia Network Inc.

We encountered an issue signing you up. Please try again

Home Videos The WORLD of WINE – Wine News. Cheap wine, tasting notes and cooking with wine The World of Wine – May 2021 … END_OF_DOCUMENT_TOKEN_TO_BE_REPLACED

How to visit Napa Valley on a Budget. In this video Carson and I explain a few ways to enjoy Napa on the cheap. Tip and advice about how to visit Napa … END_OF_DOCUMENT_TOKEN_TO_BE_REPLACED

Home Videos Get To Know Argentina Wine | Wine Folly If you love Malbec, Argentina is your ultimate wine region. But that’s not … END_OF_DOCUMENT_TOKEN_TO_BE_REPLACED