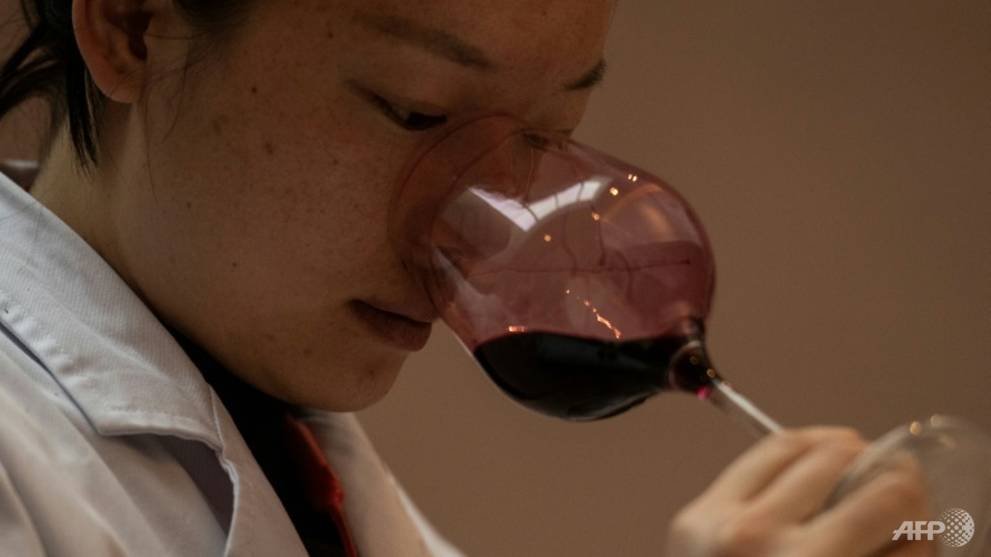 SINGAPORE: It’s all too easy to forget that not so long ago, wines from Australia and elsewhere in the New World, including California’s Napa Valley, didn’t enjoy the same prestige they do presently.

“It takes time to begin making good wine,” says Wes Guild, an American sommelier who worked for chef Wolfgang Puck for a decade before taking up his current post, running Singapore’s Bistecca and Artemis restaurants.

“I don’t think they were making great wine in California coming out of the 1960s,” Guild says. With a few exceptions, the same could be said of Australia.

“But with wine, every year you get a new shot at it — and with time and trial and error, after several decades of vintages, hopefully you’ll get it right.”

Guild points out the French and the Italians have been making wine for thousands of years, on farms that have been there for generations.

They have the benefit of experience. Most of China’s aspiring winemakers, meanwhile, only planted their vines within the past 10 or 20 years.

READ: Commentary: Why China is turning sour on Australia wines

READ: Commentary: The COVID-19 crisis has put luxury brands in a fix

Of course, China is an ancient civilisation and has produced intoxicating beverages since at least as far back as the Shang Dynasty, more than 3,500 years ago.

Though referred to as Chinese wine, this liquor, known as jiu, is not made from fermented grape juice like western wine but instead, is produced using a variety of grains — commonly rice, wheat or sorghum.

Chinese drinkers’ tastes have broadened in parallel with the country’s economic reforms and increasing wealth. Today, the country is the world’s fifth-largest consumer of wine.

Responding to growing local demand and encouraged by government initiatives, production of western-style wine has been on the rise in China for the past 20 years.

Around 40 per cent of the mainland’s wine output comes from Shandong province on the Pacific coast. The wine made here echoes the style of famed French region Bordeaux, which sits on the same latitude as Shandong.

Well-regarded Bordeaux-style wines are also grown in the northern Chinese province of Ningxia. This arid region is one of the poorest in the country and the government has encouraged the cultivation of grapes to boost farmers’ incomes.

Despite challenging conditions — vines must be buried during winter to survive the cold — approximately a quarter of China’s wine is now derived from grapes grown in this region, with Legacy Peak and Zhihui Yuanshi among the foremost producers.

Another leading Chinese winery, Grace Vineyard, picked up a gold in the 2019 Decanter World Wine Awards for its Tasya’s Reserve Cabernet Franc 2016, which sells internationally for US$31 per bottle.

Most of the wine produced in China is consumed domestically. As yet, there is little demand beyond the country’s borders — even in greater Asia.

The beverage manager of the St Regis Singapore, Raquel Alcantara says although jiu is popular with guests, the hotel’s restaurants have seen few requests for new, western-style Chinese grape wines. “We are working to introduce some to our wine list, notably Ao Yun,” she says.

Ao Yun is the headline-grabbing Chinese red wine that has been developed over the past 12 years. Derived from primarily cabernet sauvignon grapes and grown in the Himalayas in some of the world’s highest vineyards, it’s one of the more popular high-end brands.

David Fiori, head sommelier at the Fairmont Singapore and Swissotel The Stamford, believes interest in Ao Yun is driven in no small part by its novelty, as an LVMH-owned winery situated in the mountains near Tibet.

But the product bears up to scrutiny, he says, and the response from customers who’ve tasted the wine has been overwhelmingly positive.

A great deal of time, effort and resources have gone into creating a world-class winery in China.

LVMH spent several years scouring the vast Middle Kingdom in search of the perfect location, before eventually settling upon a series of neighbouring villages situated at altitudes between 2,200m and 2,600m, on the mountainside by the Mekong River in the UNESCO-protected wilderness of Yunnan province.

The vineyards’ proximity to the city of Shangri-La (immortalised in the 1933 novel Lost Horizon and its movie adaptations) sounds romantic.

But the location was chosen for entirely pragmatic reasons, providing not only excellent soil but the ability to regulate sunlight, rainfall and temperature more effectively than elsewhere in China, where grapes often fall prey to extremes of heat, cold, precipitation and humidity.

“In 2016, when we introduced the 2013 vintage, our first, it was difficult to keep some people engaged. At tastings, we would hear them saying, ‘Oh, I prefer my Petrus’ or whatever French wine,” says Dulou, who previously practiced his art in Bordeaux.

READ: Commentary: The mooncakes we buy speak volumes about ourselves

More broadly, connoisseurs around the world are starting to take note of the wines coming out of China. Chinese reds and whites won seven gold medals in the 2019 Decanter World Wine Awards, the world’s largest wine competition.

Judges at wine competitions normally try wines “blind”, unaware of what they are appraising. This prevents preconceptions or bias from affecting their evaluations.

To ensure the wine is judged solely on its merits, Dulou often hosts blind tastings, where Ao Yun is compared incognito against France’s finest wines.

“The result is usually very positive,” he says. “It usually shows people consider Ao Yun to be at the level of the top fine wine in the world.”

Retailing at around S$500 per bottle, a price as lofty as its Himalayan terroir, Ao Yun is well beyond the regular wine drinker’s budget. Fortunately, Dulou sends me a bottle of the 2014 vintage to try.

I double-decant the bottle as directed and two hours later, serve it with a lightly seasoned fillet steak and garlic sautéed green beans.

My first taste of (western-style) Chinese wine does not disappoint. In fact, it is very good indeed. Deep garnet in colour, with notes of black cherry, aniseed, green pepper, leather and rainforest floor, it’s fresh yet bold, sophisticated but muscular.

Velvety tannins and a meaty, savory quality make Ao Yun ’14 an outstanding complement for beef, though I can see how it would be a fine match for sashimi with soya sauce, a pairing Dulou suggests.

My experience with Ao Yun leaves me convinced that China is capable of making wine every bit as good as France, Italy, the US or Australia.

While many persist in the prejudiced belief that the “Made in China” appellation is synonymous with low quality, certain Chinese wines just might move people to re-evaluate these assumptions.

And as more wine drinkers have their curiosity piqued, it’s safe to say we’ll see Chinese bottles become a common sight on restaurant wine lists and in the cellars of collectors in years to come.

Home Videos The WORLD of WINE – Wine News. Cheap wine, tasting notes and cooking with wine The World of Wine – May 2021 … END_OF_DOCUMENT_TOKEN_TO_BE_REPLACED

How to visit Napa Valley on a Budget. In this video Carson and I explain a few ways to enjoy Napa on the cheap. Tip and advice about how to visit Napa … END_OF_DOCUMENT_TOKEN_TO_BE_REPLACED

Home Videos Get To Know Argentina Wine | Wine Folly If you love Malbec, Argentina is your ultimate wine region. But that’s not … END_OF_DOCUMENT_TOKEN_TO_BE_REPLACED