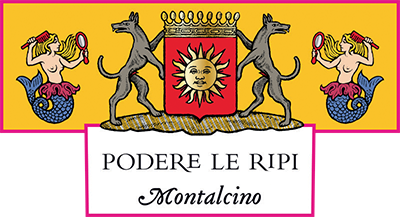 New York, New York, March 25, 2021– Podere Le Ripi, one of Tuscany’s most esteemed and biodynamic wineries, has announced Colangelo & Partners as its agency of record in the United States. The agency will be responsible for developing and executing a comprehensive communications plan to target key media, trade, and industry influencers. Podere Le Ripi has been part of the Tuscan wine scene since 1997 and this partnership commences a new chapter dedicated to growing and leveraging brand awareness in a market that continues to present new opportunities.

Colangelo & Partners will focus the campaign on strategic media and trade relations to increase Podere Le Ripi’s brand visibility and support sell-through opportunities. The activation solidifies the winery’s commitment to the domestic market and its continued dedication as a pioneer of Tuscan wines. Podere Le Ripi joins a growing roster of prestigious Italian accounts at the agency, including Ornellaia, Trentodoc, Pio Cesare, Frescobaldi, and Tenuta di Arceno.

Founded by Francesco Illy in 1997, the Podere Le Ripi story began as a quest to create an ecosystem of passion, respect, and community. Podere Le Ripi has striven to produce wines with strong identity to their terroir and without addition of chemicals, which made the estate move entirely to biodynamic farming in 2012, and it remains one of the core principles of their winegrowing philosophy.

Winemaker and CEO Sebastian Nasello started working at Podere le Ripi in 2012, where his main goal was to highlight the soil’s characteristics within the end product. In 2014, he became the CEO of Podere Le Ripi and began cultivating the young team that makes Podere Le Ripi the dynamic and unique company that it is today.

“My greatest aspiration is to continue making wines that find harmony between nature and human intervention,” says Winemaker and CEO, Sebastian Nasello. “We’re excited to amplify the awareness around these wines and the compelling Podere Le Ripi philosophy through our partnership with Colangelo & Partners.”

“We’re thrilled to add Podere Le Ripi to our Italian portfolio,” says Gino Colangelo, president of Colangelo & Partners. “It is a privilege and a huge responsibility to work with such a prestigious property, to tell their story, and help achieve their communications goals.”

Founded in 1997 by Francesco Illy, Podere Le Ripi is a winery producing some of the most artisanal wines from Montalcino. With vineyards on both the east and west sides of Montalcino, Podere Le Ripi produces a variety of terroir driven Brunello di Montalcino wines from three different single vineyards. As of 2012, the estate, led by a young and passionate team, has moved entirely to biodynamic agriculture and along with sustainability, it remains one of the core principles of their winegrowing philosophy. As it occurs in wild fermentations, at the winery there is a magical link between people, terroir and wine, where the commitment to sharing and exchanging knowledge is unmistakable.

Colangelo & Partners specializes in premium food, wine, and spirits brands, and has long established relationships with the key press that drive these business categories and help determine the industry leaders. Agency principals have years of experience in retail and distribution as well as communications, a rare combination that gives Colangelo & Partners invaluable insights into consumer purchasing behavior. The agency focuses on ‘closing the loop’ between creative communications programs, distribution, promotion, publicity, and the consumer in order to maximize the efficiency of its communications programs and deliver measurable results. http://www.colangelopr.com/

Home Videos The WORLD of WINE – Wine News. Cheap wine, tasting notes and cooking with wine The World of Wine – May 2021 … END_OF_DOCUMENT_TOKEN_TO_BE_REPLACED

How to visit Napa Valley on a Budget. In this video Carson and I explain a few ways to enjoy Napa on the cheap. Tip and advice about how to visit Napa … END_OF_DOCUMENT_TOKEN_TO_BE_REPLACED

Home Videos Get To Know Argentina Wine | Wine Folly If you love Malbec, Argentina is your ultimate wine region. But that’s not … END_OF_DOCUMENT_TOKEN_TO_BE_REPLACED