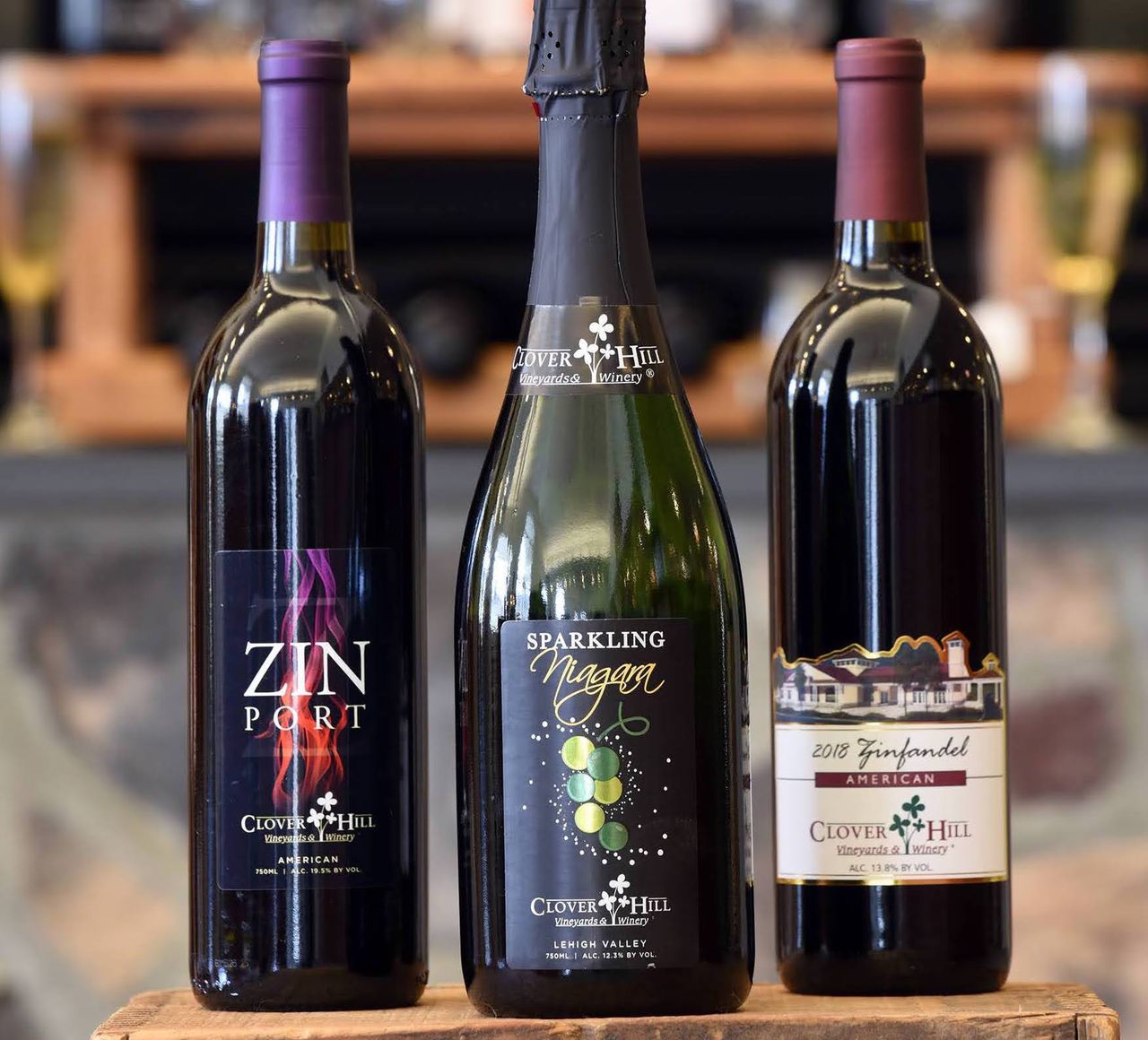 The most obvious is where virtually all other businesses are starting, coming out of a year of pandemic mitigation guidelines that impeded visits, for all intents and purposes wiped out tastings, and reconfigured the distribution channels.

For the Skrip family at Clover Hill, this also marks the first full growing season without John Sr., the founder and patriarch of the business. He died Aug. 17, 2020, of a heart attack at the age of 79. He and his wife Pat had planted their first grapes in 1975 and would open the winery 10 years later. His passing occurred just as Clover Hill had finished marking its 35th anniversary.

Much of the load already had switched to his children, John Skrip III and Kari Skrip Gavenus, the former handling the vineyard and cellar and the latter extending her presence from marketing to the tasting room and beyond. She said in an email more than a month ago that the last 12 months have been “incredibly difficult, but we are trying to keep moving forward and we are so grateful for all we have.”

She wrote that “the loss of my dad was monumental, and I miss him terribly. I feel like the business and my family has lost an incredible piece of our heart that we will never be able to replace. However, we are trying to reinvent ourselves as a family and as a business and make our new heart beat strong. My dad truly had his finger on everything we did here and everything I do reminds me of him.”

In the vineyard, coming off a winter that will be remembered more for the depth of the snow than any deep dives in the temperature, they did pull out some sections that were damaged by the weather or simply not performing to expectation. That includes some of their Cabernet Sauvignon along with Riesling and Cayuga,

“Riesling is mainly growth for us,” she said of its popularity and sales potential. “Riesling has really been strong. We feel like we grow Riesling better than anything we can buy and we like growing it. So we figured we’d put in another new section of [it].”

Next year, she said, will bring more planting due to losing 10 acres to eminent domain for the circle that is being built to better manage the nearby intersection that includes routes 222 and 863. “So they took our vineyard, which we were really sad to see. We were picking grapes there in early October and the next day they were in kind of plowing over the vines.” They will plant on a new site to replace and expand the vineyard. “It’s exciting. It’s fun. It’s been a little while since we’ve put in some large plantings, so I think everyone is eager, excited.”

All told when the planting is finished, the winery will source more than 90 acres of grapes for its mix of wines, from its dry Chambourcin, Pinot Grigio and Chardonnay to its sweeter wines made out of Niagara, Catawba and Vignoles.

The winery also brings in a truckload of grapes annually from the West Coast that allows for several less traditional East Coast wines to be made. That led to the release this year of Tempranillo and Zinfandel.

Skrip said they’ve been bringing in grapes for several years now to complement what they are growing in the Lehigh County. “While we’re very supportive and very rooted in growing our own fruit, it’s just, you know, my brother trained out in California and it gives him a fun opportunity to get some from there and do something that’s a really different style that you couldn’t achieve with fruit around here.”

These are limited releases; as Skrip said, they roll each one out and “whenever it’s gone, it’s gone.” That might be the case already with the Tempranillo, a favorite grape of the assistant winemaker, which was all but sold out a couple of weeks ago.

As for the Zinfandel, which she said is one of her brother’s favorite grapes, they have for sale both the dry varietal and the port. “We have the red Zin, the big, full-bodied, big alcohol, and then we did the Zin port, which at the end stems from my brother. He loves the ports, and the Zin Port was right up his alley. It’s beautiful so full and luscious. We’re really happy with it.”

She also touted Clover Hill’s 2019 Cabernet Sauvignon (“I am so incredibly proud of this wine and it is my favorite right now”) and a sparkling Niagara, which she called a “new, sweeter bubbly release.”

For those wanting a taste of these wines, Clover Hill enters spring with the same locations: tasting rooms at the winery in Breinigsville and also in Robesonia along with a presence at the farmers markets in Allentown and Reading.

Indoor seating for wine-by-the-glass consumption at the Breinigsville location is by reservation only, with very limited availability. If you do not have a reservation, wine by the glass with food purchases must be consumed outside on the patio.

In the spirit of looking for creative ways to draw customers back out, Gavenus said they looked at their inside space and decided to add some color and pizzazz. So they spread out the tables and turned them into “Love Huts” to match a Valentine’s theme, with customers reserving two-hour slots.

That worked so well that they redecorated what they call their Chambourcin Room into more of a spring theme and called it the Peacock Garden, which will run through the end of March.

This wine experience is $20 per person and includes a sample of three wines of your choice, a glass of wine of your choice served in a stemless glass that’s yours to keep, and an $8 credit to use toward additional glasses of wine and food to enjoy at your private table.

Specialty drinks and food options also are available. Time slots are available daily from noon to 2 p.m. and 3 to 5 p.m., with parties of one to six welcome. Advance reservations are required.

As for April, the Peacock Garden will be replaced by the Spring Bungalows, from April 9 through May 2. You can learn more about those here.

Over in Robesonia, the hours are 11 a.m. to 5:30 p.m. Thursdays through Saturdays and Mondays, and noon to 5 p.m. Sundays. Any glass of wine will require a food purchase and, at least for now, it’s not accepting reservations for indoor dining.

While the evolving themes at the Breinigsville location match the change of seasons, they also mirror what’s going on with the pandemic. As Gavenus said, they’re “hesitant to roll anything out too far in advance because the changes have been constant, what you can and can’t do.” By the end of March, she said, they are hopeful of gathering enough of an accurate assessment to build their plans through the summer months.

“So much has happened in the last year … that we’ve been spending a lot of time thing about what our new normal will look like,” she said. “We’ve done so many different things over the last year that we were forced to do, so now, hopefully, the restrictions will continue to lift and we’re able to invite [more people] back, and so we’ve been thinking what are we going to do now, [for instance,] are we going back to tastings like have in the past? We’re not quite sure, but we are spending a lot of energy and time thinking about that about what customers would really like and how we want to fully reopen our facility.”

Included among those decisions are what to do with distribution, which grew about 400 percent year-over-year in grocery store sales and also ramped up significantly in direct shipping. “We went from a couple of boxes a day to literally sending out pallets a day,” she said.

It has, she acknowledged, been an education on the fly. “The pandemic has been challenging,” she said. “While we are fortunate that business is strong, it seems any type of consumer pattern or forecasting has gone out the window. Shipping and grocery store sales are stronger than ever, but it has been interesting maneuvering the supply chain. Simple things like placing a wine bottle order or getting shipping box supplies have now been near impossible.

“On the positive side, the pandemic has forced our hand to be creative and try new things in a very quick fashion, and many new ideas are becoming huge success stories.”

Navigating it all without her father there has just added to the angst of finding a new normal.

“Maybe our solution to mourning is to throw ourselves into our work?” she said. “To be honest, this past year I don’t know if we are coming or going but I do know I am still moving and that is good enough for right now.”

Home Videos The WORLD of WINE – Wine News. Cheap wine, tasting notes and cooking with wine The World of Wine – May 2021 … END_OF_DOCUMENT_TOKEN_TO_BE_REPLACED

How to visit Napa Valley on a Budget. In this video Carson and I explain a few ways to enjoy Napa on the cheap. Tip and advice about how to visit Napa … END_OF_DOCUMENT_TOKEN_TO_BE_REPLACED

Home Videos Get To Know Argentina Wine | Wine Folly If you love Malbec, Argentina is your ultimate wine region. But that’s not … END_OF_DOCUMENT_TOKEN_TO_BE_REPLACED