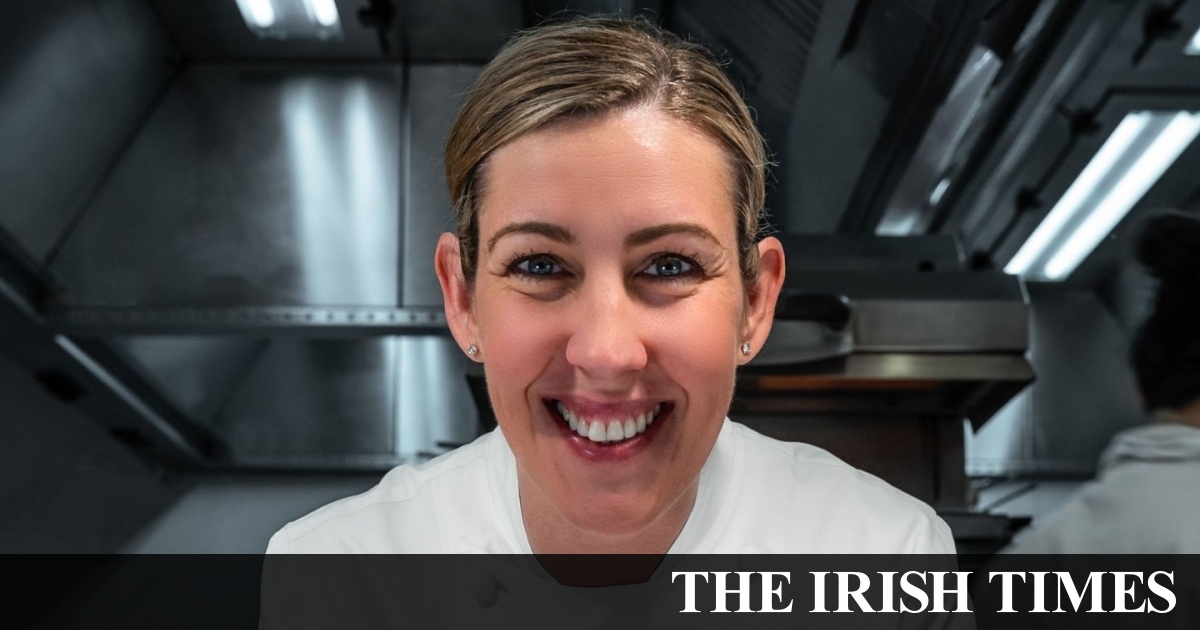 The day after Clare Smyth won three Michelin stars last week, becoming the first Irish or British woman to do so, she drove to her London restaurant, Core, and felt “quite emotional. It’s what I’ve worked for my whole life,” she says. But it was a bittersweet moment.

Last Monday night, when she joined the online ceremony, she was at the restaurant, in Notting Hill, in the west of the city, with her husband and a couple of her 45-strong team; the rest were on Zoom. They celebrated with champagne and a pizza and were in bed by midnight.

Instead of triumphantly opening up the next day, Smyth worked on her home-delivery menu, which costs £175 per person, plus a wine-pairing option for an extra £75. She spoke to us over Zoom at lunchtime – in a normal year she would have been in the midst of a booked-for-months service.

Gordon Ramsay said, ‘Margaret Thatcher was a young woman once, and she ran a country. We’re going to get you to lead the kitchen’

Still, she has achieved her dream, and it feels different from the three stars she inherited as head chef at Restaurant Gordon Ramsay. “I didn’t earn them myself,” she says. “To open my own restaurant with my own vision and ideas, to take it from that to three stars in just over three years…” She pauses. “We didn’t even get to year three before we ended up in lockdown.”

Smyth has something of the perfectionist, tunnel-vision focus of an elite athlete and the unstoppable stamina of a goods train, and is completely unpretentious. She describes her signature dish, wryly, as “a potato”, although it is the poshest potato you will ever eat, marinated in butter and seaweed and served with herring and trout roe.

Her kitchen is famously civil. Earlier in her career she was more shouty, “but I grew out of it pretty quickly, because it wasn’t me. I’ve gone very far in the other direction now. The kitchen can be quite stressful, and I like peace, quiet; I don’t like people banging things. You want it to be a calm environment so that there are no mistakes and people can communicate properly.”

The pandemic has been “unbelievably stressful”, she says. “It’s the not knowing. We carry not just the business on our shoulders but all of our team, and the health and wellbeing of everyone around us.” She didn’t know if Core would survive. “We were scared in the beginning, because we didn’t know what was going to happen. It settled a little bit, and now we’re facing another difficult situation, but we’re trying to find new ways to make sure that we can go some way to paying the rent and some of the overheads.”

She is confident Core will be okay, but she knows many other restaurants will not. “And that’s tough, because there’s millions of people employed in the hospitality industry, as well as farmers, suppliers, producers – the network is huge.”

For Smyth, work has been all-consuming. While running Core, which opened in 2017, she also found time to cater for Prince Harry and Meghan’s 2018 wedding. Now lockdown has forced her to step back.

The restaurant cooked for charities, and she has maintained the weekly training sessions, online, for her close-knit staff. But it has been strange suddenly to have so much time at home. She brushed up her French, walked her dog a lot, and cooked. “I’d never really cooked at home before, so at the beginning I was really excited about it.”

She challenged herself to see how long she could go without repeating the same meal. Her husband, who works in finance, must have been delighted. “Yeah, but we had to do plenty of running to make up for it,” she says, laughing.

“I found it incredibly difficult, because I had never not worked, and my job is my life. Then, to not do it any more, you lose a little bit of who you are.”

People were saying, ‘You’re the first woman in the UK to run a three-Michelin-star restaurant,’ and I was thinking, Yeah, or I could be the first woman to lose three stars. It was so much pressure

Smyth grew up on a farm in Co Antrim, and food was always part of her life – home cooked and “rustic”. During school holidays she worked at a local restaurant whose chef had worked in Michelin-starred places. “That’s where I first learned about fine dining,” she says. “I’m quite greedy. I love food. And the creative side of it – what I could create and how elements come together to create incredible flavours.”

She studied catering and worked her way around various high-profile restaurants – she moved to England when she was 16 – before joining Ramsay’s flagship in 2002. Smyth says they were laughing this week about the things he would say to motivate her as a talented but shy young chef.

“He said, ‘We’re going to teach you how to be a leader.’ He said, ‘Margaret Thatcher was a young woman once, and she ran a country. We’re going to get you to lead the kitchen.’”

When she was 28, Ramsay made her head chef, inheriting Michelin stars and, crucially, the job of maintaining them. Although she says she had not given much thought to being a rare woman in top-level cooking, she now had something to prove. “People were saying, ‘You’re the first woman in the UK to run a three-Michelin-star restaurant,’ and I was thinking, Yeah, or I could be the first woman to lose three stars. It was so much pressure. Would that have been seen as ‘Are women strong enough?’ So I was incredibly determined to show that I was – but it shouldn’t be like that. Gender doesn’t play a part in it at all.”

The world of fine dining is still overwhelmingly male dominated, but Smyth says it is changing. Half of her team, front of house and in the kitchen, are women, she says. “Going back 10 or 15 years, I would often be the only woman in the kitchen. Now the environment is so much nicer to work in, there is better balance and I’m hoping in the next 10 years there’ll be plenty of women at the top level.”

She feels the heat, she admits. “When we open our doors again, everybody that walks in is now expecting a three-Michelin-star meal.” But she does not sound daunted. “That would be a nice pressure to have right now.” – Guardian

Home Videos The WORLD of WINE – Wine News. Cheap wine, tasting notes and cooking with wine The World of Wine – May 2021 … END_OF_DOCUMENT_TOKEN_TO_BE_REPLACED

How to visit Napa Valley on a Budget. In this video Carson and I explain a few ways to enjoy Napa on the cheap. Tip and advice about how to visit Napa … END_OF_DOCUMENT_TOKEN_TO_BE_REPLACED

Home Videos Get To Know Argentina Wine | Wine Folly If you love Malbec, Argentina is your ultimate wine region. But that’s not … END_OF_DOCUMENT_TOKEN_TO_BE_REPLACED