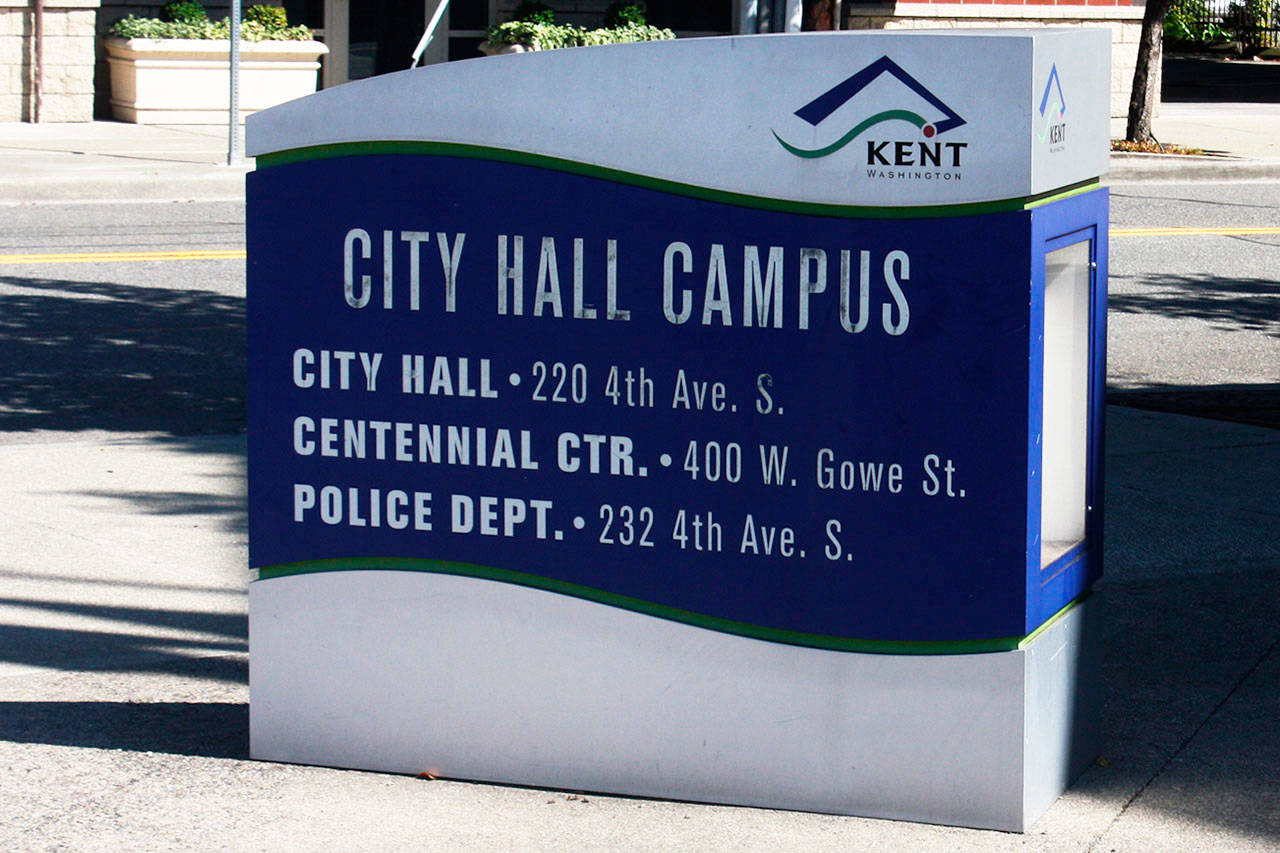 Kent city leaders have agreed to work with a developer to help find businesses willing to come to a proposed urban manufacturing campus at the city-owned Naden Avenue property near downtown.

The City Council approved Feb. 16 a memorandum of understanding with Seattle-based Avenue 55 to market the 7.7-acre vacant site over the next 12 months and help find the best uses for the property and a potential public-private development.

“I think it’s a creative approach to help us realize this vision,” said Bill Ellis, city economic development manager, at a Feb. 9 council Committee of the Whole meeting.

The council approved a zoning code amendment in 2019 to allow light manufacturing near downtown in an effort to bring more jobs and revenue to vacant sites, including the Naden property just north of Willis Street, south of West Meeker Street and east of Highway 167.

Ellis said Avenue 55 will get exclusive rights to negotiate and finalize agreements with the city for development of property. He said there will be no financial liability to the city, with Avenue 55 covering all the costs in an effort to find tenants. The council would sign off on any proposed development and property sale through a development agreement.

A city panel, including council members Toni Troutner, Bill Boyce and Marli Larimer, selected Avenue 55 from among four developers who submitted a request for qualification to market the property.

Joe Blattner, who founded Avenue 55 about eight years ago, is a former managing partner with Seattle developer Tarragon, which he also founded. City leaders worked with Tarragon in the early 2000s to develop the Kent Station shopping center through a private-public partnership. Kent Station opened in 2005.

“Employment-intensive developments are the trend in the Pacific Northwest,” Blattner said to the council. “It’s going to grow as more land is absorbed, people want to be closer to their jobs and land values continue to rise.”

City leaders want smaller manufacturers that aren’t looking for large offices or warehouses to come to the Naden property. It could be a distillery, winery, daycare center, manufacturer or many other possibilities.

Avenue 55 built a project similar to what Kent desires in Ballard, called the West Woodland Business Center. It includes Stoup Brewing, Rad Power Bikes and other businesses. Blattner said that’s an example of what could be built in Kent.

“We had a tenant on site, Stoup Brewing, and they wanted to stay,” Blattner said. “We improved their existing facility and they put their production in the building.”

Blattner said Rad Power Bikes, which builds electric bicycles, started in a Ballard garage and now occupies a floor and a half in the new building with assembly workers and office employees.

“We could see that same type of thing in Kent,” Blattner said.

Councilmember Brenda Fincher liked the idea of a winery coming to an urban business park.

“For a long time I’ve wanted to have wine tasting here,” Fincher said. “People drive to Woodinville and Eastern Washington to do that.”

Ellis said that kind of business could work as an operator could sell wine at the front of the space and make wine in the back. He said a wine manufacturer would probably need anywhere from 30,000 to 50,000 square feet, which could be one of numerous businesses in the complex.

Drew Zaborowski, Avenue 55 senior development manager, told the council it’s a blank canvas as far as what businesses might come to town in a new light manufacturing campus. He said the facilities have higher ceilings, open floor plans, more lighting and provide an alternative to companies that don’t fit into a large warehouse or office space.

“Our marketing team will work with tenants interested in flex-tech space in Kent,” Zaborowski said.

Zaborowski said tenants are expected to be attracted to Kent by an economy driven by aerospace, advanced manufacturing and global distribution companies such as Blue Origin, Shape Technologies, Boeing, Pacaar and OMAX (manufactures waterjet cutting machines); a specialized workforce with bachelor’s or advanced degrees; and the proximity to city amenities and regional city hubs, airports and transportation.

Avenue 55 will report to city staff later this year about what kind of tenants are interested in the development. Blattner said it’s possible construction could start in 2022. A property sale agreement would need to be reached between the city and developer.

“It’s really super exciting all of the ideas and possibilities that property can turn into,” Council President Toni Troutner said.

The council had approved a hotel to be built on 2 acres of the property, but that deal was terminated last fall when Boise, Idaho-based Braintree Hospitality failed to pay a $150,000 franchise agreement with Hilton to construct a Hilton Garden Inn due in part to the impact of COVID-19 on the hospitality industry.

The city recently completed a new roundabout just east of the Naden property at Fourth Avenue South and Willis Street in an effort to help market the site to a developer with improved access. That project cost $4.75 million, with the state Department of Transportation covering $3 million of the cost and the rest covered by city revenue from the B&O, utility and drainage tax funds. The state required the roundabout after the city requested access from the Naden property to Willis Street.

The city began to purchase the Naden properties in 2002 with plans for an aquatic center. But city leaders later abandoned that plan because of the high costs and then agreed to partner with the YMCA to build a fitness facility on the East Hill that opened in 2019. Kent bought the properties for $7.2 million using $5.8 million in bonds and $1.4 million from other city funds, according to city documents.

To share your opinion for publication, submit a letter through our website https://www.kentreporter.com/submit-letter/. Include your name, address and daytime phone number. (We’ll only publish your name and hometown.) Please keep letters to 300 words or less.

City of Kent economic development staff want buildings with more flexibility inside than a typical warehouse or offices to market to small manufacturers. COURTESY PHOTO, Avenue 55

A project similar to the West Woodland Business Center in Ballard could be coming to the city-owned Naden Avenue property in Kent. COURTESY PHOTO, Avenue 55

Kent city leaders would like to develop the Naden property into a light manufacturing campus. COURTESY GRAPHIC, City of Kent

Home Videos The WORLD of WINE – Wine News. Cheap wine, tasting notes and cooking with wine The World of Wine – May 2021 … END_OF_DOCUMENT_TOKEN_TO_BE_REPLACED

How to visit Napa Valley on a Budget. In this video Carson and I explain a few ways to enjoy Napa on the cheap. Tip and advice about how to visit Napa … END_OF_DOCUMENT_TOKEN_TO_BE_REPLACED

Home Videos Get To Know Argentina Wine | Wine Folly If you love Malbec, Argentina is your ultimate wine region. But that’s not … END_OF_DOCUMENT_TOKEN_TO_BE_REPLACED