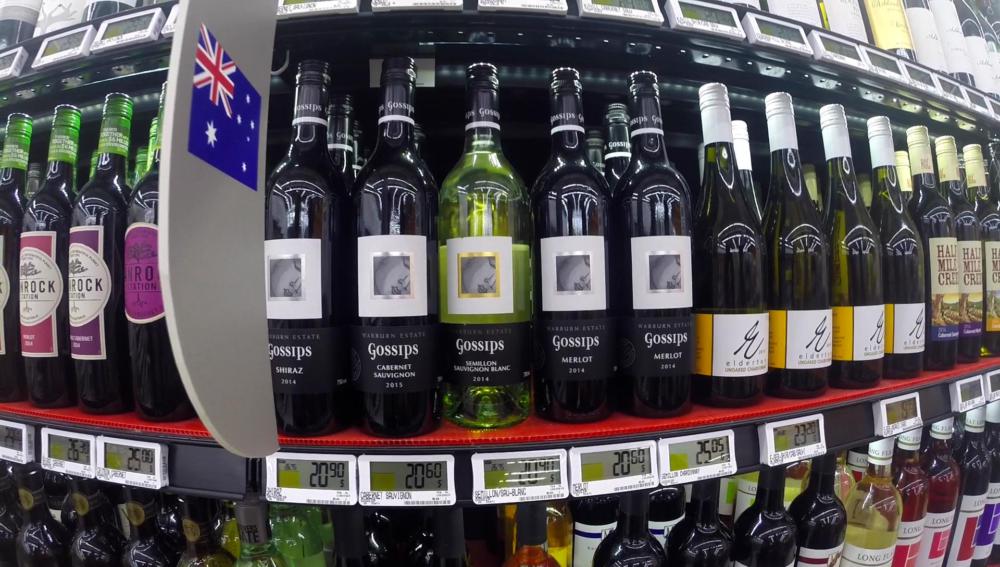 In 2020 China applied barriers to the export of 12 Australian industries and began 2021 with ominous signs for the higher education sector. An article published by Future Directions International outlined the logic of China’s economic coercion based on an asymmetry of costs, where China seeks to impose costs on Australia to change its behaviour, but also selects industries where there will be low costs for China, or even strategic benefits.

Thus China’s tariffs on barley targeted a high value export trade, but also aimed to diversify supply of this important grain away from Australia. This article argues that comparable forces are at play in the case of wine. Australian wine exports were rapidly gaining market share in the lucrative Chinese wine market, which China argued damaged its domestic industry, so the trade stopped through a spurious anti-dumping case. As China is a major market for premium wines, there will be significant effects on the industry – likely to be higher than for other affected commodities – that the industry will adapt to.

On 18 August 2020, the China Alcohol and Drinks Association (CADA) applied for an initial investigation into dumping and subsidies of Australian wine. On 28 November 2020, the Ministry of Commerce (MOFCOM) ruled on the investigation and applied provisional tariffs on Australian wine in containers of two litres or less. The tariffs are effective for four months (28 November to the end of March 2021), but could be extended for an additional five months to complete a full investigation.

The initial investigation claimed an anti-dumping tariff of 202.7%, but provisional tariffs were applied to individual Australian wine exporters at a rate of 107.1% to 212.1%. On 10 December 2020, additional countervailing duties of 6.3% were imposed on alleged subsidisation of Australian wine. The anti-dumping and anti-subsidy tariff rulings were interspersed in November by informal barriers and holdups at customs. This also follows similar holdups in 2018.

In addition to imposing costs on Australia, the barriers are also driven by domestic forces from within China. The anti-dumping case states that China has applied the tariffs on the basis that high Australian imports damaged the Chinese domestic wine industry. While there are fundamental flaws in the case, this paper documents China’s policies to develop its domestic wine industry, which it regards as more achievable without competition from Australian imports. Protectionism appears to be an important driver of the trade barriers on Australian wine.

China has for many years sought to develop the domestic wine industry through policy measures from central down to local levels, including those listed in Table 1. Policy-makers are particularly interested in developing the industry to promote higher farmer incomes including in rural and undeveloped areas (including Ningxia, Xianjiang and Gansu), as a pillar industry with high value-adding opportunities and for improved “ecological” land use.

Despite or perhaps because of the industry policies, Chinese domestic wine production has shown a long-term decline especially since 2011. This coincides with an increase in imports over the period to reach 6 million hl. This means that imports are a similar volume to domestic production, to account for nearly half of total supply.

While the trends are clear, the reliability of the statistics should be interpreted with caution.

A more adverse picture for domestic wine would emerge if measured by value rather than volume (Figure 2). While (cheaper) bulk wine accounted for 92 per cent of Chinese imports by value in 2000, this reduced to 23 per cent in 2019. Conversely, wine in containers of two litres or less (bottles) grew to 74 per cent in 2019. The average unit value of imported wine increased from US$0.8 to US$4 over the period.

China is disappointed in this alignment of domestic production and imports. As stated by the Vice-Chairman of CADA Wine Sub-Association ‘[Chinese wine] … consumption is increasing but foreign wineries have robbed domestic wine market share and robbed potential customers.’ CADA is the applicant in the anti-dumping investigation on Australian wine.

China is particularly concerned about imports of Australian wine. The value of imports of wine in containers <2 litres from Australia increased by 13 per cent per year between 2015 and 2019 to account for 37 per cent of all imports and displace France as the biggest source (Figure 3). The tariff investigation and ruling did not affect annual trade figures for 2020, which remained high (US$712 million), but there was a large spike in imports in October before the ruling in November and a large decline in December (to US$30 million).

The large increase in imports is partly a result of more liberal trade policy. Tariffs on Australian wine were reduced under ChAFTA from 14-20 per cent in 2014 to zero in January 2019. In 2019 tariffs for Chile and New Zealand were also zero, while tariffs for the European Union, South Africa and Argentina were 14 per cent. High tariffs on US wine (54 per cent) increased in the trade war (to total 79 per cent). The US has, however, never been a significant wine exporter to China.

China also argues that the gain in market share of Australian wine has been due to declining prices of Australian wine, although this is not supported by aggregate trade data (Figure 4). Australian wine prices (in containers <2l) are higher than Chinese domestic wine prices and those of other major exporters. There appear to be anomalies in the large divergence in Chinese CIF import prices from Australia and Australian FOB export prices to China. CIF prices have increased over the last five years and Chinese FOB prices increased in 2019, the period of investigation.

To address burgeoning wine imports from Australia, China imposed prohibitive tariffs on Australian wine in 2020 that will all but halt the trade. Australia has responded through a large number of government and industry submissions, including those from Australian Grape and Wine (AGW).

Based on these and other points, AGW finds there is no evidence of dumping and that the MOFCOM Preliminary Determination cannot be considered to be consistent with the requirements and standards set out in Article 3.1 of the World Trade Organization Anti-Dumping Agreement.

There are several possible outcomes of the trade dispute. The first is that Australian wine will be subject to prohibitive tariffs and legal dispute for the medium term. Under this scenario, China may extend the current provisional tariffs until July 2021, and the current full investigation will impose permanent tariffs for five years. In that case, Australia is likely to appeal the case at the WTO, as it did for barley, but resolution may also take years.

A second scenario is that China will terminate the investigation. Australia would appear to have a good chance of winning an appeal in the WTO and China may choose to terminate or reduce the tariff rate before then. In this case, Australian exporters would be eligible for a rebate on the anti-dumping deposits (although trade volumes would be low). Even then, the Australian industry is likely to incorporate the risks of over-exposure to China into future investments and decisions.

The certainty of major disruptions raises questions about alternative markets – domestic, traditional or new. While in 2008 China accounted for less than two per cent of Australian exports for all wine by value, this had increased to 39 per cent in 2019. An inverse pattern applies to the UK (35 per cent to nine per cent), while the market share to the US reduced from 32 per cent to 24 per cent over the period. The share of the “rest of the world” has remained around 25 per cent of Australian exports.

The opportunities for substitution are limited by the highly segmented international wine market. While the average price of wine exported to China has traditionally been similar to other major markets and indeed the world, a large premium had emerged in the Chinese market by 2019 (Figure 5). These premium markets are not replaceable in the near future without substantial cost.

Recent modelling by Wittwer and Anderson simulated the effects of a 170 per cent tariff on Australian wine. The tariff wipes out the trade to China, but is partly offset by increased exports to other markets and a net loss of US$225 million (although this in the context of windfall gains in recent years). This is estimated to decrease winegrape prices by 11 per cent, which compares with 13 per cent in the AUD appreciation 2007-11 and 8 per cent due to COVID.

In some ways the Australian wine industry has been too successful in China. The growth in market share was seen as a threat to the Chinese domestic wine industry and to long-standing Chinese industry policy. It has also made the Australian industry vulnerable to Chinese economic coercion and a range of risks emanating from China, including Chinese domestic drivers. The protectionism against Australian wine may reflect the growing momentum of China’s economic self-reliance programme in 2020 that includes measures to ‘reshape new industry chains and comprehensively increase technological innovation and import substitution’. Other industries should take note.

The case of wine also illustrates differences between commodities. High volume, globally traded commodities like barley and beef have been able to mitigate the costs of the Chinese barriers, while specialist products like wine and lobster are more exposed. As it has for other shocks, the resilient, innovative and competitive wine industry will have to adapt.

Home Videos The WORLD of WINE – Wine News. Cheap wine, tasting notes and cooking with wine The World of Wine – May 2021 … END_OF_DOCUMENT_TOKEN_TO_BE_REPLACED

How to visit Napa Valley on a Budget. In this video Carson and I explain a few ways to enjoy Napa on the cheap. Tip and advice about how to visit Napa … END_OF_DOCUMENT_TOKEN_TO_BE_REPLACED

Home Videos Get To Know Argentina Wine | Wine Folly If you love Malbec, Argentina is your ultimate wine region. But that’s not … END_OF_DOCUMENT_TOKEN_TO_BE_REPLACED