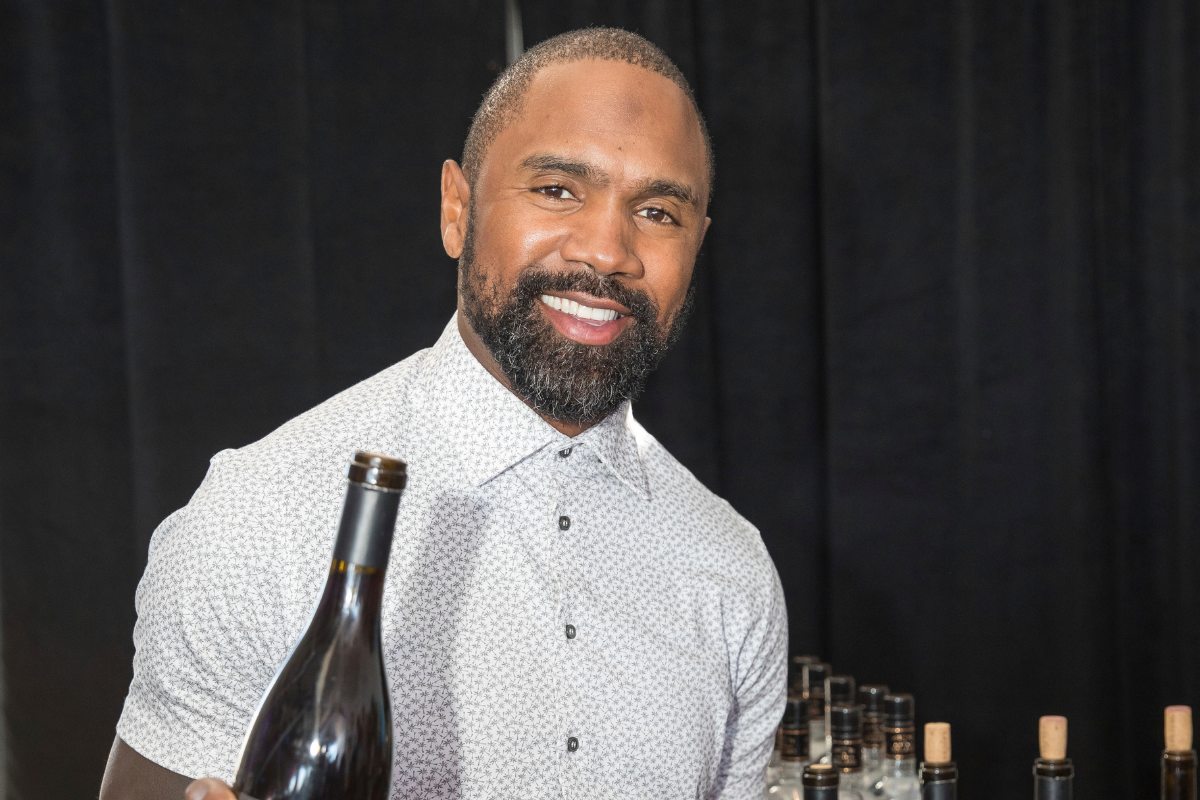 No football player is more synonymous with interceptions than NFL Hall of Famer Charles Woodson.

The defensive back made wide-outs cry-out in Oakland before snagging a Super Bowl with Green Bay. Woodson moved back to California to retire with the Oakland Raiders, but by then, the Pro-Bowler was more interested in tannins than training camp.

Woodson began his love affair with fermented grapes early in the aughts. Though booze occasionally caused Woodson trouble, he enjoys a healthy relationship with wine. Woodson released his own high-quality wine line to critical acclaim while still playing in the NFL.

In retirement, the man known for interceptions curates Charles Woodson’s Intercept wines with the hopes of elevating tailgate culture.

Woodson carried the rock for Ross High School in Fremont, Ohio, and was named Ohio’s “Mr. Football” after making both the USA Today and Parade All-American teams.

Woodson’s gridiron greatness followed him wherever he played.

The announcer wins “Call of the Day,” commiserating with MSU’s quarterback, claiming, quote: “… he has no idea that Charles Woodson could jump fifteen feet in the air…”

Woodson was so good as a University of Michigan Wolverine that you completely forget he was teammates with Tom Brady. Tom Who?

Charles Woodson doubled his playing time at the University of Michigan by playing both defensive back and sometimes wide receiver. He won just about every award available for defensive players and then some. Woodson finished the 1997 season winning six major defensive awards, plus the Heisman Trophy.

Woodson is still the only defensive player to win college football’s most illustrious individual honor. His efforts earned him a spot in the Michigan Sports Hall of Fame. It would be his first famous hall of many.

RELATED: What Happened to JaMarcus Russell and Where is He Now?

Unlike the wines he loves, Charles Woodson didn’t need time to become fine. After being selected fourth overall in the 1998 NFL Draft, Woodson headed to Oakland’s training camp near Napa Valley, California.

In Calistoga, before his NFL Hall of Fame career could even start, Woodson found a life beyond football.

But I’m getting ahead of Woodson, myself, and everyone involved.

Woodson was number one as Number 24 in Oakland. The Raiders, however, always fell just short.

Charles Woodson was a wide receiver’s worst nightmare in Oakland. The Raiders, on the other hand, only got worse and worse. Woodson went to Green Bay during free agency in 2006. Five seasons later in Super Bowl XLV, Woodson got that Super Bowl ring, baby.

He played one more season with the Green Bay Packers then returned to Cali for three seasons before retiring in 2015.

Woodson earned one of his nine Pro Bowl selections during his final season. He retired from the NFL an all-time great – ready to sit back, relax, and enjoy a glass of vino.

How Did Charles Woodson Become A Winemaker?

Woodson’s worship of Dionysus began during training camp in Napa Valley, California. Woodson fell in love with Calistoga-region wines and the culture surrounding them.

The playmaker turned wine spectator visited the Robert Mondavi vineyard during those early years of wine-tasting. There he would try his hand at a barrel of Merlot before joining the wine industry altogether.

Woodson Does More Than Just Intercept

TwentyFour Wines’ success allowed oenophile Woodson (which isn’t as bad as it sounds) to create a new line of budget-friendly wines, perfect for tailgating.

If Winemaker Woodson has proved anything throughout his career, it’s that he has more spirits than most. Woodson recently started a line of wine-barrel-aged bourbon.

By all accounts, Charles Woodson belongs in the Wine Enthusiast Hall of Fame as well.

Are They Any Good?

First of all, not just anyone can slap their name on a wine label. I don’t see your successful wine company anywhere, Robert Mondavi.

Second of all, yes. Yes, they are good, especially for the price. Those ladies in the video above love the pinot, so why shouldn’t you? To be a wine snob is to be full of shit; just drink up and enjoy!

Charles Woodson Intercept Wines are available directly through their website or at most major wine retailers. This has basically been a free commercial for their Pinot Noir, so the least you can do is buy some!

MORE: Drew Bledsoe Made $79 Million in the NFL, But Where is He Now?

Home Videos The WORLD of WINE – Wine News. Cheap wine, tasting notes and cooking with wine The World of Wine – May 2021 … END_OF_DOCUMENT_TOKEN_TO_BE_REPLACED

How to visit Napa Valley on a Budget. In this video Carson and I explain a few ways to enjoy Napa on the cheap. Tip and advice about how to visit Napa … END_OF_DOCUMENT_TOKEN_TO_BE_REPLACED

Home Videos Get To Know Argentina Wine | Wine Folly If you love Malbec, Argentina is your ultimate wine region. But that’s not … END_OF_DOCUMENT_TOKEN_TO_BE_REPLACED