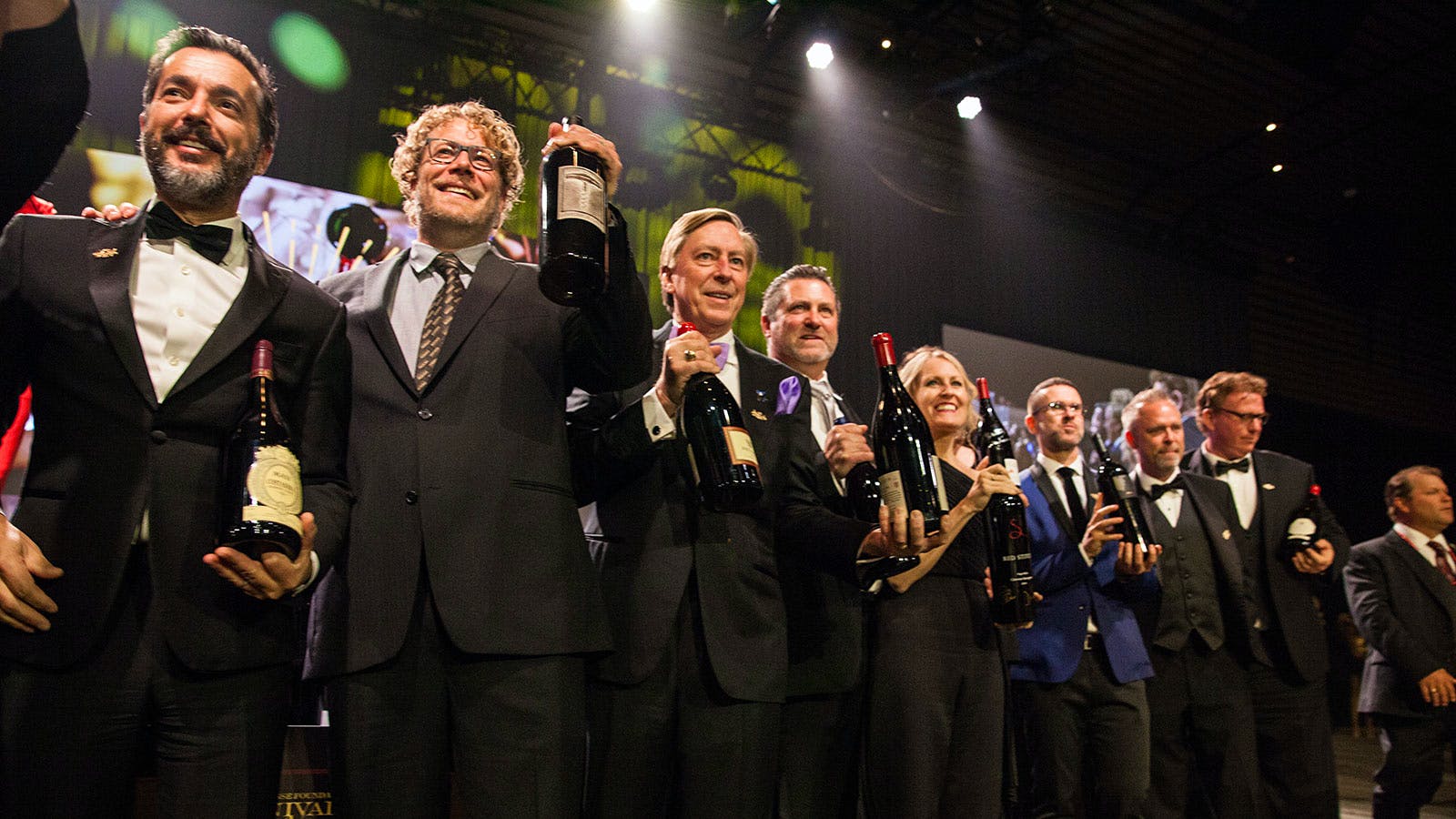 How do you plan when you don’t know? That’s what the nation’s top wine charity auctions are grappling with in an uncertain 2021. But experts are optimistic about the months ahead following a tough year of cancellations and postponements and new virtual strategies. Nationwide vaccinations are part of what’s driving that outlook. But while we might see guests returning to in-person events this year, organizers remain cautious about how to make it happen.

After postponing 2020’s event to the fall, Destin Charity Wine Auction is sticking to its April 23 to 24 date this year. Organizers for the Florida Panhandle event have designed a “hybrid” auction, consisting of a virtual live auction and nine patron dinners and watch parties in private homes and restaurants. Auction president John Russell says that numerous patrons have received a COVID-19 vaccine and he wants to give them the choice of attending an event.

“For those people that need to be and want to remain away from crowds they’ll be able to participate as well,” Russell told Wine Spectator. “But if you’re safe and vaccinated then come on in and you can have a party.”

As for auction lots, Russell says there will be 40 total, up from 28 last year. Since patrons didn’t use their travel lots from last year, Destin will extend expiration dates to compensate for the backlog, and will offer more wine lots instead in April.

Russell also expects the live auction to attract fans from all over the country, and is less concerned about the technology barrier as patrons are more comfortable using Zoom and bidding by phone. But the primary goal is to bring back the famous 600-person tent and go back to that physical sense of community for the 17th annual event in 2022. “I don’t think we’d ever reach the revenue goals that we hit in a live auction virtually,” Russell said. “There’s energy and momentum in a crowd when you have 550 people competitively bidding against each other that really drives revenue.”

Auction of Washington Wines (AWW) is also focusing on a hybrid approach, while adding more wine tasting events to make up for the fundraising gaps. The Seattle-based charity event was virtual last year, and will be held around the same time on Aug. 14.

“Even if local restrictions enabled us to gather 800 guests in a tent on the lawn at Chateau Ste. Michelle, not everyone would be comfortable with that scenario,” said AWW executive director Jamie Peha. “We will have the same ability to tune in virtually from home but will offer guests the opportunity to create a gala atmosphere in their home with their own ‘pod’ or attend one of four ‘mini-gala’ dinners.”

The dinners will offer guests a chef-winemaker dinner held at winery locations in Woodinville wine country, outside Seattle, where the live auction can be watched via livestream for collective bidding. AWW is also expanding its annual Wine & Music Weekend to run an entire week from May 18 to 23.

Wineapawlooza might be hopping on the hybrid model as well. The Napa Valley wine charity auction, which benefits the Jameson Animal Rescue Ranch, is planning to go virtual again on June 19, but the event’s co-founder and CEO Monica Stevens says there’s a small chance they allow in-person attendees. Either way, Stevens is confident Wineapawlooza will surpass last year’s total and hit the $1.5 million mark.

As one of the last events of the year, Emeril Lagasse Foundation’s Carnivale du Vin has more time to finalize its plans. While Carnivale went virtual in 2020, the New Orleans–based event is focusing on an in-person auction in October.

“We’re hoping by the fall we can get as close as we can to normal,” Lagasse Foundation president Brian Kish told Wine Spectator. “We are planning for an in-person event that may look and feel a little bit different but we are prepared if it doesn’t [happen].”

Kish, who’s been in fundraising for more than 28 years, says that the toughest part about planning a charity wine auction amid the pandemic is being cautious with expenditures. At the same time, community members need more help than ever before.

Kish, Russell and other charity wine auction leaders have been meeting virtually every two weeks to share ideas and discuss how to get ready but also stay thoughtful with resources. Those conversations are orchestrated by Colleen Buckley-Reynolds, a San Francisco–based fundraising consultant who serves over 130 charities via the Reynolds & Buckley firm.

“We’re learning how do you still deliver the same level of excellence but in different ways that reduce costs,” Kish said. “It allows you to stress your mission.”

This year, Carnivale du Vin will focus less on travel lots and rare wine items such as the bottle of Château Mouton-Rothschild 1945 that sold for $40,000 at the 2020 virtual auction. Kish also plans to include virtual meet and greets with celebrities. As for beneficiaries, Kish says the foundation has flexed its giving due to the pandemic. To date, the Lagasse Foundation has raised $200,000 for its Hospitality Relief Fund for local restaurant workers impacted by shutdowns, and will direct funds to, “those that are really feeling it right now.”

As for auctioneering itself, performance has maybe never been more important than now. Veteran auctioneer Ursula Hermacinski, who works at Destin Charity Wine Auction and several others, says it felt eerie to walk into an empty ballroom and throw the gavel down for a virtual audience, but she knew there were generous individuals on the other side of the camera helping her. Hermacinski expects a revived atmosphere this year, and the possibility of live events with a touch of flashy technology.

“The art of auctioneering has been around since the Romans,” she said. “Technology will continue to advance the efficiency. … Having said that, charity auctions thrive amidst a sense of community, people coming together to celebrate the ability to help others.”

Home Videos The WORLD of WINE – Wine News. Cheap wine, tasting notes and cooking with wine The World of Wine – May 2021 … END_OF_DOCUMENT_TOKEN_TO_BE_REPLACED

How to visit Napa Valley on a Budget. In this video Carson and I explain a few ways to enjoy Napa on the cheap. Tip and advice about how to visit Napa … END_OF_DOCUMENT_TOKEN_TO_BE_REPLACED

Home Videos Get To Know Argentina Wine | Wine Folly If you love Malbec, Argentina is your ultimate wine region. But that’s not … END_OF_DOCUMENT_TOKEN_TO_BE_REPLACED