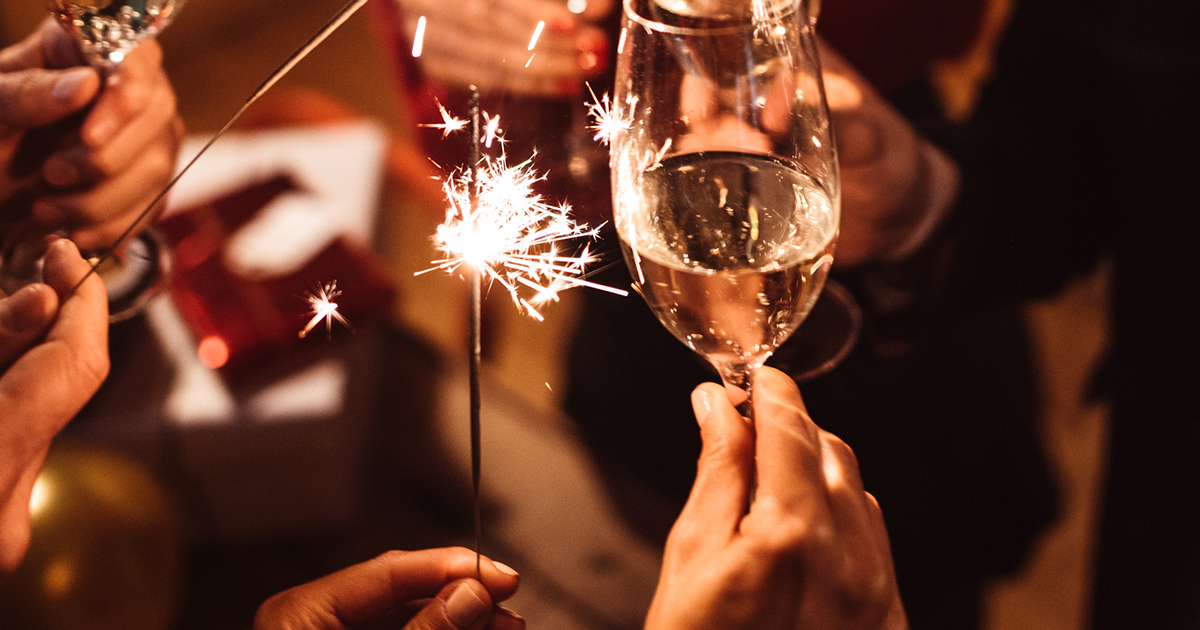 On the side of French Champagne

The strong point of Champagne is the confidence the appellation provides drinkers. The origin of the grapes, viticultural practices, pressing and more are all controlled, so when you see the Champagne name on a bottle, you know what to expect – you can’t say the same of any other sparkling wine region.

The non-vintage blend is also a great asset in that you can build loyalty over the long-term. The flexibility we have in playing with wines from several years means we can always achieve basically the same style so that people won’t be disappointed.

That said, within Champagne, there are so many different approaches. For us, it’s about chardonnay, elegance, delicacy, and wines that are easy to enjoy. For something stronger, there are pinot-based or barrel-fermented Champagnes. For aged complexity, you can look to aged vintage or aged non-vintage Champagnes. There are almost limitless possibilities – from the freshest to the most powerful, full-bodied, and complex styles. Champagne has been around for almost 300 years and has incredible international recognition. Wine regions with centuries of tradition can pass down knowledge from one generation to the next, continually improving the wines.

When you see the Champagne name on a bottle, you know what to expect – you can’t say the same of any other sparkling wine region.

The value offered by Champagne today is among the best in the world. That wasn’t true 10 or 20 years ago. You can now pick up a good bottle of Champagne for around $70. What premium wine would you find from any other region for that price?

When it comes to climatic problems, things can go wrong anywhere at any time. This issue is not just faced by Champagne. Thanks to our Interprofessional Committee of Wines, the fruit that can and can’t be used in lesser vintages is tightly controlled to maintain quality and consistency. There is no other region in the world that has such an efficient entity.

I’m often asked if we, in Champagne, are afraid of competition from other sparkling wines. I think it’s the wrong question. Most sparkling drinkers will eventually move to Champagne, so the other styles only build new followers for us, which is a good thing. Champagne had ties to royalty and is the favourite drink of kings and queens. Every time a Champagne cork pops, there’s a little bit of class that goes into the glass for the drinker. Even the best sparkling wines in the world don’t have that. We can’t all afford a private jet, yacht or supercar, but when we drink Champagne, we’re the same as kings and queens.

On the side of Australian sparkling

The appellation system in France can be constraining. You’ve got to admire that they’ve held the camp together in a very tight way, but what they lose are innovation and flexibility. One example is that Champagne has problems with botrytis, and it’s because of their approved trellising system. I’ve been testing an alternative system specially adapted for sparkling wine varieties, and in the humid area where I am, we’ve been able to get rid of this disease. If the rules in Champagne were looser and they could do the same, they’d be much better off.

In discussions of Australian sparkling with well-travelled drinkers, one area of advantage is our high-end sparkling rosés. The consensus is that the best of the Australian rosés are better than the top end of France, and they’re available for about half the price. One explanation is that in Australian rosé-making, we tend to use modern technology to achieve gentle pressings, whereas the traditional Champagne press is pretty brutal. In all sparkling wines, but particularly rosé styles, you can extract bitterness, and that’s a character you see in a lot of French rosé Champagne.

The consensus is that the best of the Australian rosés are better than the top end of France, and they’re available for about half the price.

It’s another instance of our ability to progress and make improvements ahead of tradition. The fact we’ve got some different cool climates to choose from in Australia also means there’s a greater palette of sparkling wine flavours. There’s the great centre of Champagne, and then there’s another region further south that’s also in the appellation, so they have a little spread. But it’s quite concentrated to the one spot. Australia has high-quality sparkling wines coming from diverse areas, and that’s a positive.

The cost of a Champagne vineyard is now approaching more than €2 million per hectare. In Australia, you can pick up cool-climate sparkling sites for $120,000 a hectare. That cost, to some extent, gets built into the brands, making Australia far more competitive. To make great sparkling you’ve got to harvest pinot noir and chardonnay that has character, but that retains the requisite acidity. Some Australian regions are too warm and need to pick earlier than others, but in the poorer vintages of Champagne, even with a late harvest, the fruit can be searingly acidic. In Australia, the fruit can be over-ripe, but for the drinker, that means wines that are a bit more approachable and flavourful than the reverse in Champagne. The cooler you go in Australia, the closer you get to the best result, which is what I see in Tasmania.

Home Videos The WORLD of WINE – Wine News. Cheap wine, tasting notes and cooking with wine The World of Wine – May 2021 … END_OF_DOCUMENT_TOKEN_TO_BE_REPLACED

How to visit Napa Valley on a Budget. In this video Carson and I explain a few ways to enjoy Napa on the cheap. Tip and advice about how to visit Napa … END_OF_DOCUMENT_TOKEN_TO_BE_REPLACED

Home Videos Get To Know Argentina Wine | Wine Folly If you love Malbec, Argentina is your ultimate wine region. But that’s not … END_OF_DOCUMENT_TOKEN_TO_BE_REPLACED