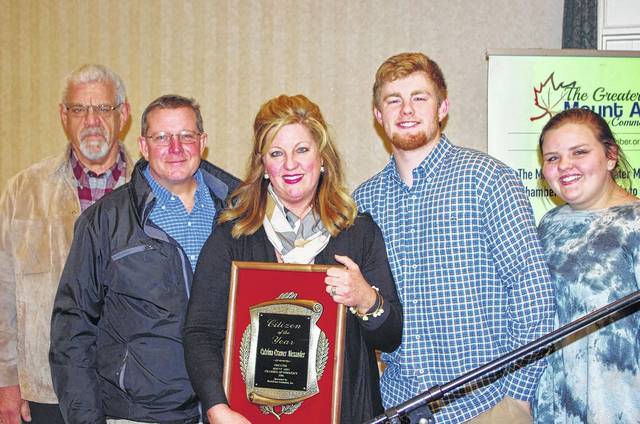 In its 60th year, the annual meeting of the Greater Mount Airy Chamber of Commerce is being held a little differently this time around.

On Feb. 11, a virtual watch party of the meeting will be hosted on YouTube for those who purchased tickets to the online event. Typically, the annual meeting is hosted at Cross Creek Country Club, with 250 to 300 guests typically in attendance. Considering the COVID-19 pandemic and guidelines that must be followed, the meeting could not realistically be held in person this year.

“We have decided to put together a digital presentation that will be filmed in advance of the event,” said chamber CEO Randy Collins. “We had thought of doing kind of a live feed and either doing Zoom or Facebook Live, and we found that that works for some of our events but not for others.”

Although the concept of an online watch party on YouTube is a new one for members of the chamber, they have been routinely involved in virtual events since the pandemic first started. The chamber hosts regular virtual mixers, held a virtual open house in the spring and even put on the annual Excellence in Business Awards via Zoom.

During the ceremony, new board members including chairman Chris Lumsden will be inducted. Lumsden has been selected as one of the evening’s two keynote speakers, discussing plans for 2021. Current chairman James Etringer of Cooke Trucking will be in charge of reviewing 2020.

Arguably the biggest talking point of the presentation is the reveal of the Citizen of the Year award recipient, which, according to Collins, has been awarded annually since 1962.

“We ask for nominations from the community at large, not just the chamber, and we received 15 nominations this year. A committee is formed and they review the nominations and select a winner, that process has been completed,” said Collins.

Despite the obvious drawbacks of not being able to hold the meeting in person, there are a few upsides to bringing it to the web.

“The normal event would take couple of hours, but the good thing about doing it in this format is that it will only take a little over 30 minutes. We have nearly 600 companies that are members of the chamber, in a way this is a more convenient format for people to do,” said Collins.

The online watch party will begin on Feb. 11, at 7 p.m. and last until 8 p.m. Tickets cost $20 per person, those interested in purchasing tickets may visit mtairyncchamber.org for more information.

Home Videos The WORLD of WINE – Wine News. Cheap wine, tasting notes and cooking with wine The World of Wine – May 2021 … END_OF_DOCUMENT_TOKEN_TO_BE_REPLACED

How to visit Napa Valley on a Budget. In this video Carson and I explain a few ways to enjoy Napa on the cheap. Tip and advice about how to visit Napa … END_OF_DOCUMENT_TOKEN_TO_BE_REPLACED

Home Videos Get To Know Argentina Wine | Wine Folly If you love Malbec, Argentina is your ultimate wine region. But that’s not … END_OF_DOCUMENT_TOKEN_TO_BE_REPLACED