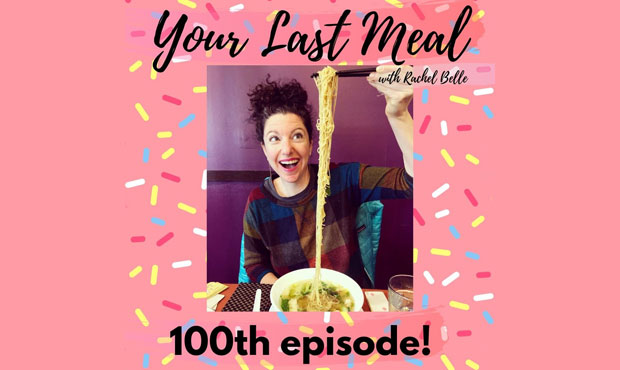 At 100 years old, Seattle’s Eleanor Owen lives on her own in her big, old house. She drives, she’s not on a single medication, and she’s sharp, with an enviable memory. Her 100th birthday was in January and because of the quarantine, like so many others, she had to have her party over Zoom.

“I have 300 birthday cards, if not more, that I haven’t opened yet! They sent me 100 roses from which my son and I are now making wine. My son and my husband had done it when he was a kid,” Owen said. “If you were here, you would find an aroma in the house of something fermenting.”

The wine will ferment all year, and she hopes to have a lot of guests over to drink it when she turns 101.

“I suffer from an addiction called TSA: Thrift Store Addiction. I have 312 wine glasses. Nice people would say that I collect,” she laughed.

Owen has one of the most varied and fascinating careers of anyone I’ve ever encountered, with a Wikipedia page to prove it.

She grew up the daughter of Italian immigrants in New York’s Hudson Valley. She was extremely bright and graduated two years early.

“My first paying job was as a cub reporter on the Newburgh Daily News for $17 a week. I saved every penny and went to New York City and enrolled at The Traphagen School of Design,” she said. “I actually was fairly successful as a designer and costumer for modern dancers, primarily Merce Cunningham — I did all of his shows.”

Owen also acted and was cast in two Broadway productions and a few off-Broadway shows, and she directed children’s theater in New York until her husband got a job that moved them to rural Washington state, and then to Seattle, where she continued to teach drama. They had two children, and when he was a teenager, their son Jody started showing severe symptoms of schizophrenia. After Owen found a noose he had hung in the basement, she tried desperately to get him help, but he wouldn’t take medication and she could not get him hospitalized.

“A terrible tragedy took place. He took one of my husband’s guns, went to a tavern, shot up in the ceiling of the tavern, men jumped on him and the gun went off and killed somebody,” she shared. “A tragedy that can’t be undone. My son was declared innocent by reason of insanity. My first visit to Western State Hospital, he just wasn’t there. He could not return to reality.”

Her son remained in the psychiatric hospital for many years and, unable to focus on anything else, Owen quit her job as a professor at the University of Washington and connected with other parents who were unable to help their mentally disabled children. She started traveling to Olympia and meeting with legislators.

“My definition of ‘grave disability’ was turned into law,” Owen said. “Now, I did not know at the time that this was a difficult thing to introduce, get passed in both houses, and signed by the governor, all in one year.”

The same year, 1979, Owen and those parents formed the Washington Advocates of the Mentally Ill, which soon became NAMI, the National Alliance on Mental Illness. NAMI is still the nation’s largest grassroots mental health organization providing support, education, and advocacy in 1,200 U.S. locations.

Owen went from newspaper reporter to costume designer, to Broadway performer, to the creator of one of the most significant mental health advocacy groups in the nation. Over the years, she has continued to fight in Olympia, where she became known as “the Barracuda.”

Her son, Jody, is now in his early 60s and doing well; he lives on his own, he works, and his medication is under control. He’s thriving thanks to Eleanor’s dedication.

We’ll leave you with Owen’s tip on how to age gracefully and healthfully:

“You have to keep your teeth! If you don’t have good teeth, you’re not going to be able to stay well.”

Learn more about Eleanor’s life and last meal by listening to the 100th episode of my podcast, Your Last Meal. I interviewed three, Seattle area 100-year-old women about life, food, and last meals.

Plus, I talk to IKEA about how the furniture store became synonymous with Swedish meatballs. And if you’re single, living alone, and loathe eating solo during the pandemic, the host of the podcast Dinner For One shares the story of how learning to cook for herself, post-divorce, made her feel whole again.

Text 100 to 98973 and we’ll text you the episode. Click here to listen, or listen where ever you get podcasts.

Home Videos The WORLD of WINE – Wine News. Cheap wine, tasting notes and cooking with wine The World of Wine – May 2021 … END_OF_DOCUMENT_TOKEN_TO_BE_REPLACED

How to visit Napa Valley on a Budget. In this video Carson and I explain a few ways to enjoy Napa on the cheap. Tip and advice about how to visit Napa … END_OF_DOCUMENT_TOKEN_TO_BE_REPLACED

Home Videos Get To Know Argentina Wine | Wine Folly If you love Malbec, Argentina is your ultimate wine region. But that’s not … END_OF_DOCUMENT_TOKEN_TO_BE_REPLACED