PORT WASHINGTON — Plans for a mixed-use development on the southern edge of Port Washington to include a subdivision and a winery are back and moving forward, after multiple times stalling over the past six years.

The city of Port Washington last week heard presentations at the Common Council and Plan Commission meetings about Cedar Vineyards, a planned development that will combine a residential subdivision, natural preservation, vineyards and a winery. The plan revives one similar which stalled out a few years ago.

Swarthout and Nick Patera, of planning and architecture firm Teska, presented the project last week. It included 45 residential lots of about half an acre each between Lakeshore Road and Lake Michigan, south of Dynna Drive and north of the Cedar Gorge Clay Bluffs Nature Preserve overseen by the Ozaukee Washington Land Trust. There would be about 17 acres of vineyard in and around the subdivision, as well as natural area along the lakefront which would remain in its current state.

As part of the subdivision, preliminary plan documents show walking and bicycle paths throughout the 70 acres that the subdivision will be built on. Swarthout said that developers are working with the county to plan access from the property down to Lake Michigan.

“We certainly intend to have this 100-percent accessible to the public,” he said of the lakeshore.

On the west side of Lakeshore Road, directly across from the subdivision, about 4 acres are planned for a winery space. According to the presentation, the winery building will be a rehabilitated classic Wisconsin barn. The building and another 2.5 acres of vineyard would be visible from the road, with a parking lot of about 106 spaces behind that.

“The project has already been bid out. It’s all engineered. We’re ready to go, so it’s not just happy talk, we’re at the finish line,” Swarthout told the Plan Commission Thursday.

Swarthout said he has been talking to Steve Johnson about the winery piece of the development. Johnson and his wife, Maria Johnson, own and operate Parallel 44 and Door 44 wineries in Kewaunee and Sturgeon Bay.

Layout of the development

During the Common Council presentation, Swarthout said the houses would likely average from 3,200 to 3,500 square feet, though exact specifications would not be known until the subdivision moved forward with architecture. He said the values would likely be in the $750,000 to $1 million range.

According to information Patera shared with the Common Council, the whole area is about 70 acres, and split close to evenly between residential, the vineyard and winery, and open space.

He noted that due to the layout of the residential part of the development, all of the lots’ backyards would look out on Lake Michigan, the vineyards or the natural area of Cedar Gorge Clay Bluffs.

“This is a pretty idealistic configuration, but it’s also efficient,” Patera said.

The Plan Commission last week approved the certified survey map, preliminary plat and rezoning for the project, all unanimously. The rezoning was made conditional to the project moving forward, so if the project does not proceed for whatever reason the current zoning would remain.

City of Port Washington Director of Planning and Development Bob Harris told the Plan Commission that some review was needed, but it should be straightforward, as much of the current plan is the same as the previous version that was reviewed several years ago.

The primary alteration discussed at the meeting was that the residential development is now smaller, including only the subdivision north of the preserve, whereas there used to be development south of it as well. The developer now owns the lakefront land as well, rather than the county being involved to own that area. 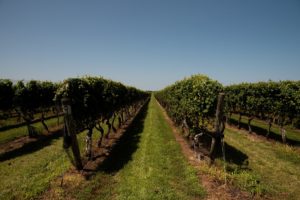 This is going to be fun. The opportunity to pick a case of wine that represents what Long Island wine is today, is something that I’ve had in the back … END_OF_DOCUMENT_TOKEN_TO_BE_REPLACED 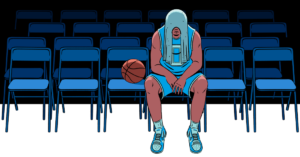 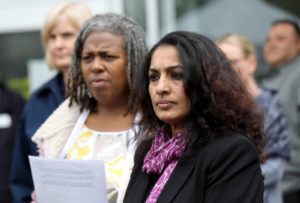