It’s not enough just to compare labels and consider pairings when shopping for that perfect bottle of wine. These days, retail is about the experience, and that’s why Siduri, a California producer of Pinot Noir, is using web-based augmented reality to better connect with consumers.

The Siduri Holographic Experience, built with Microsoft’s Mixed Reality Capture Studios technology, offers photorealistic images of Siduri founder Adam Lee, who is shown catapulting out of a wine bottle in a variety of immersive, three-dimensional segments — content that  the wine company called compelling and entertaining for shoppers.

The hologram version of Lee tells stories about the 25-year-old winery to capture the viewer’s attention in a lighthearted, immersive and educational way, Siduri said.

The launch of this augmented-reality tool comes as more retailers and brands are using visual commerce technology to impress consumers and spark sales.

Amazon, for instance, is among the U.S. retailers using live streaming videos to win over shoppers interested in cosmetics and other products. Other retailers are turning to virtual showrooms and trying to recreate the in-store shopping experience online — a task that has gained importance during the pandemic. Google’s newest retail push combines mobile shopping and videos with social media.

This move by Siduri offers another view of what’s coming with visual commerce — a trend that was hot well before the pandemic, and which promises to gain more energy going into 2021.

Siduri shoppers interested in the new feature can access it via a link or by scanning a QR code on the Santa Rosa, California-based company’s website. Next year, according to the wine provider, those QR codes will be on wine labels, making it even easier to use the augmented-reality technology.

“Siduri has always found ways to connect over wine without being overly complicated – it can be serious while still being fun,” Lee said. “Since founding Siduri, I wanted to break that preconceived notion that wine is too serious or snobby.”

Previously, this type of technology required the consumer use of special headsets or the downloading of apps, which could cause frustration among users. But the technology has improved to a point that such a service requires only that a consumer have a smartphone.

“With our [augmented-reality] expertise and Microsoft’s volumetric capture technology, the holographic projections once only possible in films like ‘Star Wars’ can now be experienced by anyone, anytime — no downloads, no applications, no friction,” said Patrick Johnson, CEO of San Francisco-based Rock Paper Reality, which helped design the new tool for wine shoppers.

Augmented reality and artificial intelligence are propelling more than 500 wineries across the globe into futuristic marketing that cleverly connects wine-labels with millennial wine-lovers.

Winerytale is a groundbreaking app and platform that lets every winery and wine producer create, manage and market an augmented reality experience for their own labels via a smartphone app. App creator and Winerytale founder Dave Chaffey said 524 wineries from across the world were already part of the trial and accessing the marketing potential of a marriage of artificial intelligence and augmented reality.

Chaffey said in the past few years a handful of wine producers have created augmented reality apps for their specific brand.  Winerytale aims to blow the augmented reality door open to any winery in an inexpensive and easy way.

“I don’t believe anything like this has been done to this level before – bringing together artificial intelligence, augmented reality, clever technology, 500 different wineries with different visuals and branding, as well as different languages,” Chaffey said.

“This platform is purpose-built for mass adoption and accessibility to any winery wanting to take advantage of a brand marketing and sales future that will undeniably involve augmented reality.”

The technology behind the App is designed to work on any wine label, using artificial intelligence to scan and recognize labels, and augmented reality to showcase the wine’s backstory by beaming it from an imaginary space inside and outside of the bottle.

The Winerytale team has also created a “fanwall” for every wine label. Through the use of augmented reality, the fanwall appears to be inside the wine bottle and – driven by hashtags – displays images of the wine’s biggest fans inside the bottle.

Given this potential, field testing of the Winerytale App has attracted world-wide interest and a selection of leading wine producers are on board from across Australia and New Zealand, as well as from wine regions in South Africa, France, North America, Canada, Croatia, Lebanon and Mexico.

Chaffey said the wineries involved in testing the beta version of the App are small to mid-level where the App has the ability to help them reach a broader market, boosting brand recognition and sales.

“Current world consumers – millennial or not – live their lives through their phones and being able to give them the information they need, in a way they want, influencing the choices they make and harnessing that purchasing power is a no brainer,” he said.

“When you switch the Winerytale app on, it becomes instantly activated on every bottle. And having every bottle activated is like having thousands of marketing machines all going to work for these wineries.

“The app allows them to tell their story, and through the App’s connection to social media, gives insta-obsessed customers their own virtual connection to the brands they love to love.”

Through the App field trials, Winerytale is also rolling out location-based services (where the wine bottle in your hand knows where it is and adapts the content) with self-translating wine bottles to follow in 2020. For example, a European traveler in Asia, could easily view information about a wine, which changes if they are within a winery’s boundaries, in a language they can fully comprehend.

“Through Winerytale, the wine industry is becoming an early adopter of technology that has the potential to be used across multiple industries like pharmaceutical and grocery,” Chaffey said.

“It will just build on our current internet-based consumer habits. Want to know something about a product? Ask your artificial intelligence and augmented reality-powered App!”

Whether you’re selecting the perfect pairing for your own Christmas dinner courses, or you’re choosing the ideal gift you know a loved one will appreciate, O’Briens have a corker of a wine sale to suit every palate this festive season.

To guarantee a present that won’t be regifted, why not peruse the O’Briens festive wine sale, available in-store and online.

O’Briens wine director Lynne Coyle Master of Wine, has handpicked the most interesting gift ideas that would be ideal for the wine lover in your life, or, if you can’t bear to part with them, a wonderful gift from you, to you!

From bubbles to match your seafood starter, to a professional wine tasting course, all boxes are ticked for the modern wine connoisseur this Christmas. 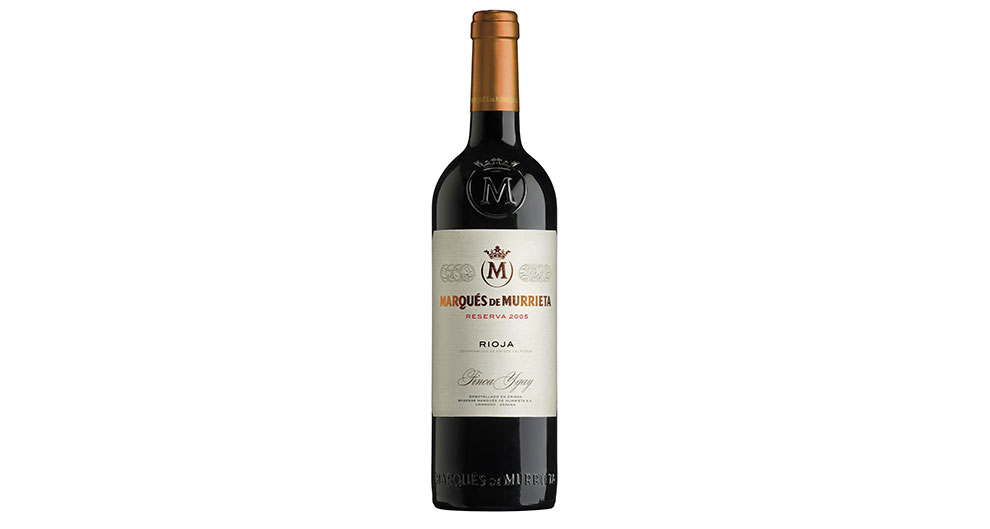 Marqués de Murrieta is a family owned winery and is considered to be among one of the top Rioja estates. This Reserva beautifully merges the traditional and modern; unmistakably Rioja but with wonderful rich ripe fruit and a delicious savoury finish that makes it the ideal match for festive seasonal roasts, or an elegant gift for wine lovers. 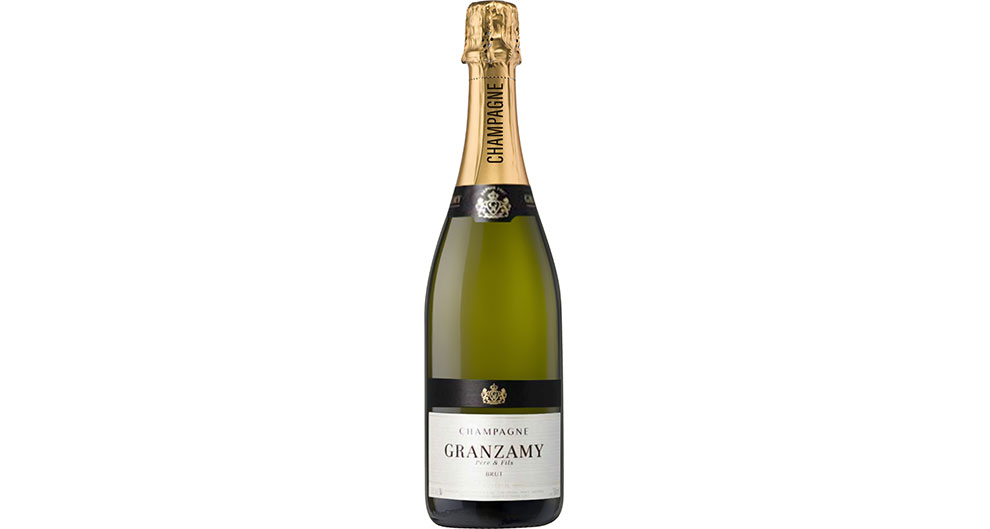 This beautiful Champagne estate is owned by the Lamiraux family. The wine style is all about the vineyards and the family’s personal touch in the cellar. This is a perfect festive pour and works extremely well with food; look for notes of brioche, hazelnut and citrus fruits which define the fresh palate. The rich flavours make this a beautiful food wine, pairing wonderfully with oyster and seafood. 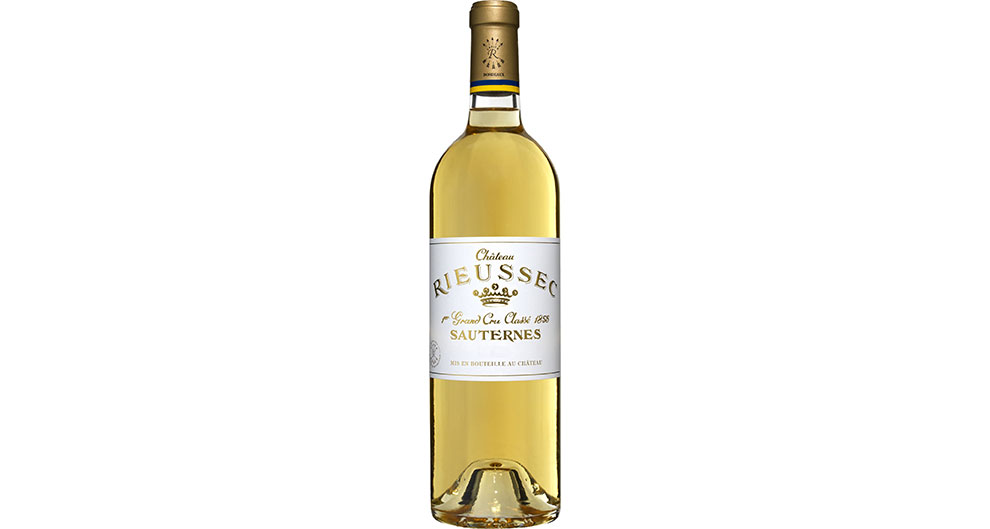 Christmas is the perfect time of year to enjoy a sweet wine and you can’t get much more classic than a Sauternes. The 1er Grand Cru Château Rieussec is made with grapes affected by noble rot, which gives a distinct saffron and tangerine marmalade sweetness to the rich palate. A hedonistic gift for your foodie friends as it works beautifully with pâté, blue cheese and fresh fruit. 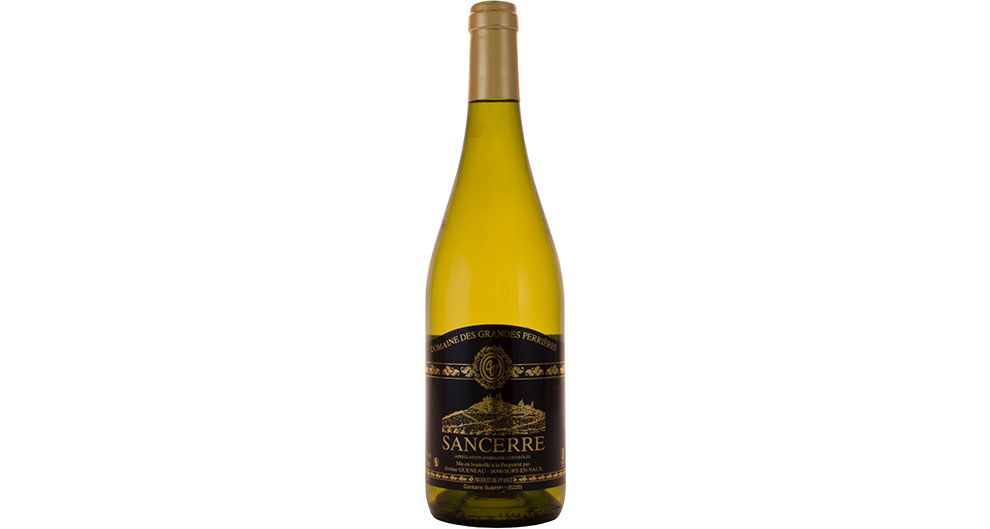 Sancerre is an ideal wine to pour during the festive season as its elegant mineral notes and refreshing acidity work beautifully with seafood, goats cheese and of course, turkey. This Sancerre is from a family owned winery located on premium vineyard sites close to Sancerre village. It has a wonderful depth of fleshy citrus fruits: grapefruit and lemon with some gooseberry hints and a crisp dry finish.

Taking place in the O’Briens Wine School in Donnybrook in January, this seven-week wine course is perfectly pitched for those looking to expand on their wine knowledge and learn how to taste wine professionally as well as understand wine labels. This internationally recognised course – with an exam at the end – includes a set of six ISO Tasting Glasses for students to use in each class and keep. Attendees also take home a €50 O’Briens Gift Card upon completion of the course, to start their wine collection!

For a special treat or the perfect gift for the fine wine lover in your life, this luxurious case highlights some of the best wines from vineyards around the world. This is our most classic and most premium selection, which includes New Zealand Sauvignon Blanc, Chablis, Pouilly-Fumé, Valpolicella Ripasso, Bordeaux and a Rioja Reserva. Enjoy them over the festivities matching these classic wines with traditional festive meals.

For all of these, and more offers on O’Briens festive wines, see in-store across 34 shops nationwide, or visit obrienswine.ie. You’ll find over 1,000 wines imported directly from over 180 wineries worldwide. O’Briens delivers anywhere in the Republic of Ireland.

Home Videos The WORLD of WINE – Wine News. Cheap wine, tasting notes and cooking with wine The World of Wine – May 2021 … END_OF_DOCUMENT_TOKEN_TO_BE_REPLACED

How to visit Napa Valley on a Budget. In this video Carson and I explain a few ways to enjoy Napa on the cheap. Tip and advice about how to visit Napa … END_OF_DOCUMENT_TOKEN_TO_BE_REPLACED

Home Videos Get To Know Argentina Wine | Wine Folly If you love Malbec, Argentina is your ultimate wine region. But that’s not … END_OF_DOCUMENT_TOKEN_TO_BE_REPLACED