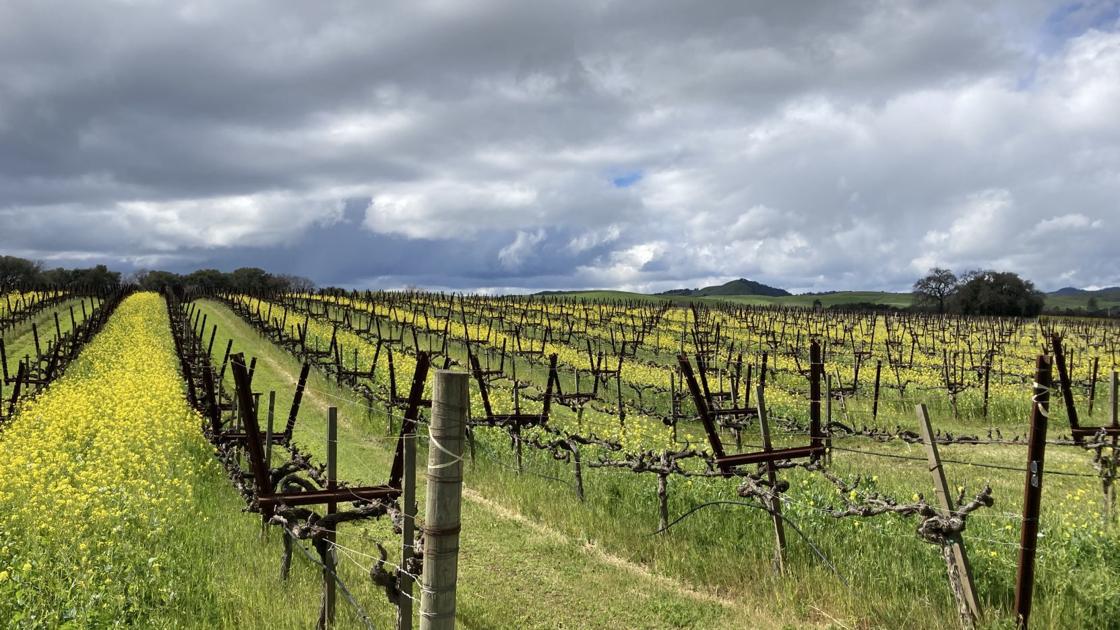 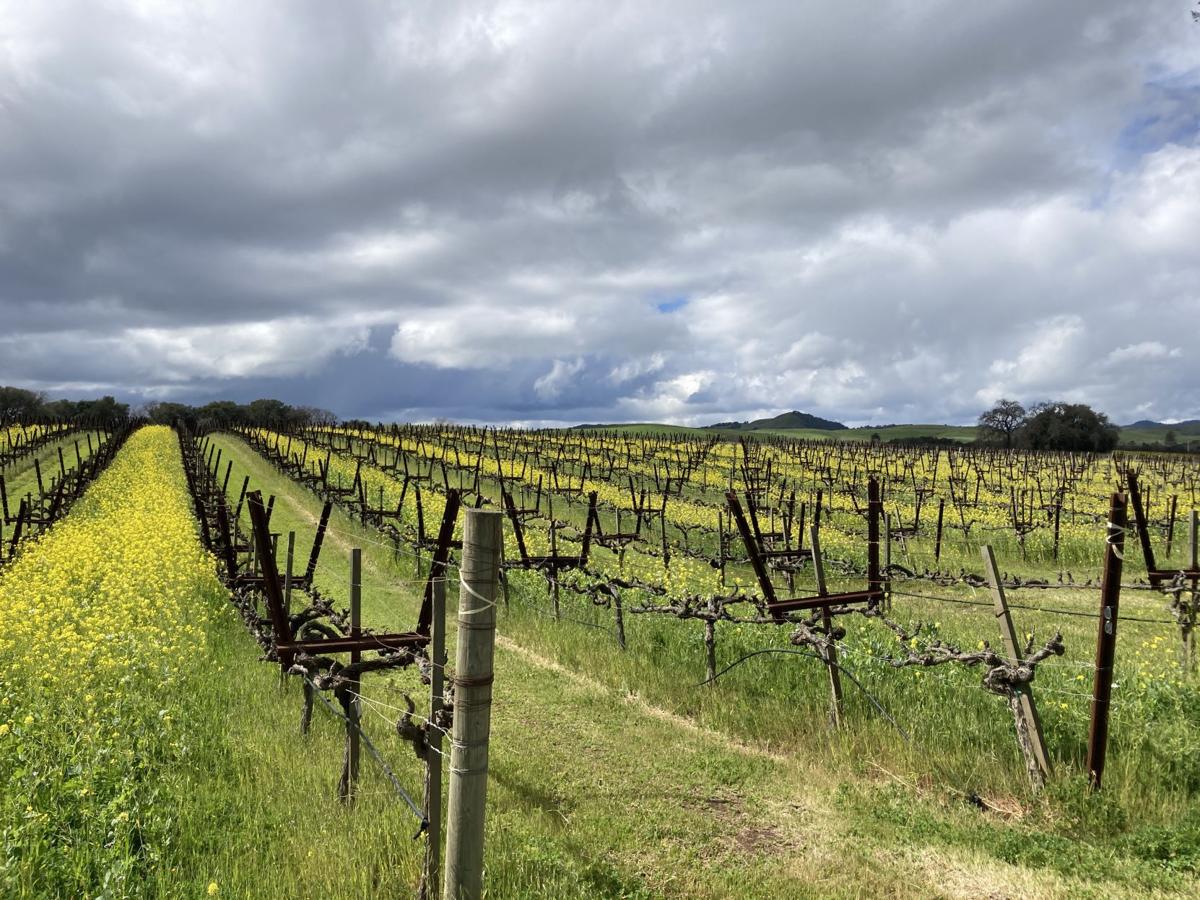 Vines in a vineyard owned by Hyde in Carneros. Bud break began for a handful of producers in the region late last week, growers say, marking the start of the spring growing season there. 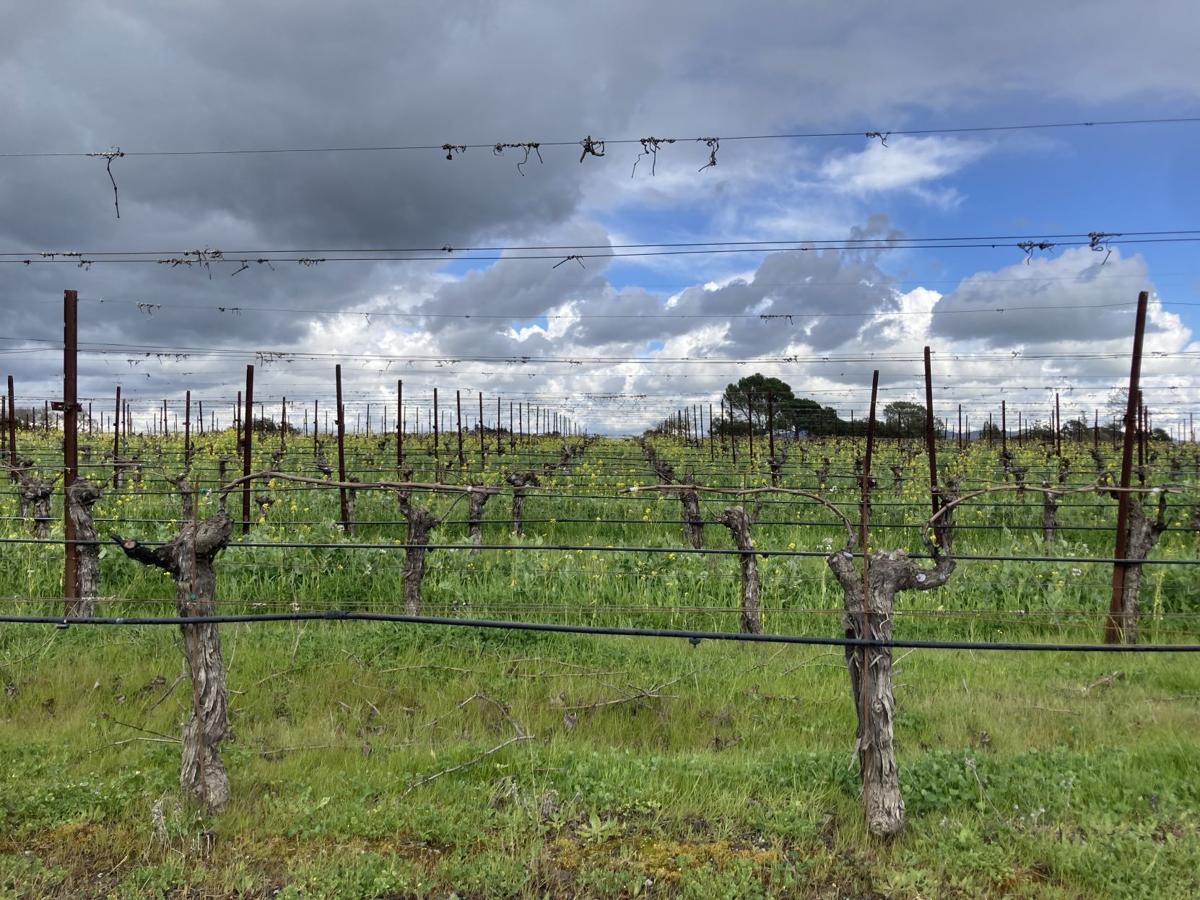 It’s not quite springtime in Napa Valley, but the grapevines in the Carneros appellation don’t seem to know that.

A number of vineyards in the region, one of the southernmost in Napa Valley, have experienced the onset of bud break, Hyde Vineyards General Manager Chris Hyde confirmed in a press release from the Napa Valley Grapegrowers. In Hyde Vineyards’ case, Hyde said in an interview, bud break began in a block of Pinot Noir near the winery late last week.

“We might have a couple of full leaves at this point,” he added.

Bud break signals the beginning of the springtime growing season for the valley’s wine industry, though in previous years it’s happened as early as the end of February, according to T.J. Evans, Pinot Noir winemaker for Domaine Carneros, which also saw bud break begin in some of its estate vineyards over the weekend. Bud break at the beginning of March is still considered fairly early, Evans said, though last year’s growing season had an almost identical start.

“That’s due to a variety of factors — we had a warm January and a dry February,” Evans said, explaining that kind of weather can encourage buds on vines to open up sooner.

Bud break is also often highly variable between the different grape-growing appellations in Napa Valley, which are located within various microclimates and at a range of altitudes. Bud break for many of the valley’s signature red wine grapes, including Cabernet Sauvignon, is likely still weeks away, growers say; still, the mild winter weather means most of the valley expects an earlier start to the season this year.

Growers will likely have a better sense of when bud break might start Upvalley by April 1, according to Paul Goldberg, vice president of Bettinelli Vineyards: as things stand now, he said, onset could come anywhere from a week to 10 days earlier than what might be considered normal.

An early start to the season could have its upside, according to Mary Maher, vineyard manager for Harlan estate: an earlier harvest could mean less overlap with what’s proved an increasingly dangerous fire season. (Last year’s fire season proved especially harmful for growers in Napa Valley; both the LNU Lightning Complex and the Glass Fire prompted intense concern over smoke taint and ultimately forced the valley’s wine industry to significantly reduce wine production.)

On the other hand, though, early bud break means growers will have to contend with a longer frost season, according to Domaine Carneros’s Evans. Last year bud break in the Carneros appellation began similarly early, and Evans and his team were forced to turn on their wind machines, which can help mitigate frost in vineyards, 10 times — “which is a lot,” Evans explained. Even so, they sustained losses.

“We were down on Chardonnay production by about 20% last year because of the frost,” Evans added. “It was rough.”

Hyde voiced a similar concern: last year’s frost season was “the worst in a decade,” he said. Frost damage can impact the year’s buds and also damage tissues within the vines, providing for a smaller crop in successive growing years. To prepare, Hyde’s father Larry Hyde said, they’re making sure the property’s wind machines are fueled up and functional.

Other growers might utilize sprinklers to negate frost risk, though that, too, may prove a challenge this year, as Napa County enters its second year of drought, Evans said. The county has received less than 10 inches of rainfall this year; Evans doesn’t expect it’ll receive much more. Lack of rainfall and subsequent drought could in turn cause another lower-yield year for growers in Napa Valley.

The production staff at Domaine Carneros are in the process of “fine-tuning” the winery’s drought farming plan, Evans said, hoping to optimize the year’s crop.

“We’re going to look at how to manage with limited water, and how to manage our vineyards (through this growing season) with the water that we do have available,” he said said.

FEB. 26: American Canyon police took a report of a catalytic converter theft on Klamath Court, then located surveillance camera footage of the…

FEB. 22: Two catalytic converter theft suspects were behind bars after a north Napa car owner interrupted thieves caught in the act of removin…

FEB. 17: City of Napa police responded to a report of a stolen vehicle at the 7-Eleven store at Silverado Trail and Clark Street. The victim l…

FEB. 18: A man driving a stolen vehicle fled from Napa County Sheriff’s officers, lost control and drove into a city of Napa house.

At 2:30 a.m. Wednesday, Feb. 10, a nearby resident reported a burglary in progress at Java Hut on Silverado Trail.

FEB. 8: Multiple local law enforcement agencies teamed up early Monday morning to pursue a vehicle that took off when American Canyon Police a…

FEB. 5: Each of the 12 Napa thefts was a “cold” report, meaning there was no suspect information for police to follow up on at the time.

When American Canyon police spotted a vehicle without a license plate parked on Highway 29, they discovered that the Toyota Camry had been rep…

Napa Police surrounded a home for about an hour and a half after a resident wanted on a warrant fled inside, the department reported.

Home Videos The WORLD of WINE – Wine News. Cheap wine, tasting notes and cooking with wine The World of Wine – May 2021 … END_OF_DOCUMENT_TOKEN_TO_BE_REPLACED

How to visit Napa Valley on a Budget. In this video Carson and I explain a few ways to enjoy Napa on the cheap. Tip and advice about how to visit Napa … END_OF_DOCUMENT_TOKEN_TO_BE_REPLACED

Home Videos Get To Know Argentina Wine | Wine Folly If you love Malbec, Argentina is your ultimate wine region. But that’s not … END_OF_DOCUMENT_TOKEN_TO_BE_REPLACED