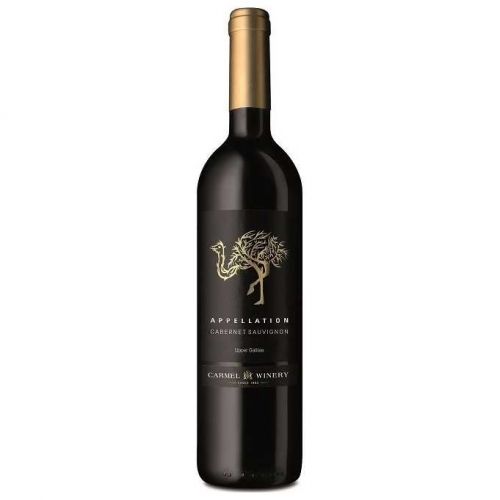 Kosher wine from Israel is exploding. Its popularity is growing all over the world. The arrival of Passover is a terrific time to get familiar with one of the great wine producing nations of the world.

Passover commemorates the Israelite’s Exodus from Egypt, and their transition from slavery to freedom. The main ritual of Passover is the Seder, which, in this country, occurs on the first two nights. In Israel, Seder is only feted on the first night. At the centerpiece is a festive meal that involves the re-telling of the Exodus through stories and songs, and the meal, which involves the consumption of ritual foods such as matzah and maror, bitter herbs.

The feast itself covers a range of savory and sweet dishes, from Matzah Balls and Sweet and Sour Meatballs (Bebrochts), to centerpiece dishes like the traditional Brisket of Beef, Lemon and Herb Crusted Salmon to Cinnamon Streusel Squash Soufflé, Herb Roasted Vegetables and Potatoes, Old Fashioned Potato Kugel to Sweet Matzah Apple Kugel (Gebrochts). Other pleasures for the finale include Sweet Carrot Tzimmies with Dried Prunes and irresistible Butterflake Hamantashen Kosher Cookies.

Carmel Winery of Galilee is the perfect companion to this festive occasion, with a collection of Dry Red and White Wines from all of the major wine-growing regions of Israel. Its Selected and Private Collection wines are all Kosher for Passover.

Bottles of Carmel Wine grace tables in almost every home and restaurant in Israel. Considering their adaptability and reasonable price, it’s surprising that they aren’t more popular in the U.S.

Passover presents the perfect opportunity to showcase these outstanding wines.

The wines are versatile, and can be enjoyed throughout the festive meal. They are also quite affordable, from $11.99 to $19.99 a bottle. The wines are aromatic and flavorful and embrace many international flavors.

Passover dinners often feature red wine because there’s a rabbinic opinion that red wine is preferable since it’s the same variety that Jews used during their Seders after they escaped Egypt. Carmel Winery has some terrific Dry Red Wines to choose from.

In 2020, Carmel Winery began a major push to promote its higher end, Private Collection Wines, which have been garnering praise throughout the world. Its Appellation and Selected labels got a new look, and the new profile immediately attracted the attention of oenophiles, aficionados and critics. Carmel’s Dry Red Wines, with their distinctive characteristics, were an instant hit. This year’s new releases are no exception.

Last year, Carmel introduced a bold new label to make its Selected series easier to identify. Carmel’s iconic “spies” symbol embossed at the top of the label identifies the brand’s heritage, values and quality at a glance.

From the Shomron region of Israel, this wine approximates those of southern France. In fact, the grapes grown there are almost exclusively French; Merlot, Cabernet Sauvignon, Semillon, Chenin Blanc and Sauvignon Blanc, are all grown in abundance.

Although not as famous or prolific as the Galilee, Shomron is one of Israel’s key wine regions. Located in the coastal areas south of the port of Haifa, Israel’s third largest city, the climate is Mediterranean.

Carmel Selected is an unbelievably outstanding value for a Cabernet. Medium bodied and aromatic, it is a mouthful of luscious fruit flavor. Aged for 8 months in French and American oak, it has layer upon layer of blackberry, blueberry and plum flavors backed by subtle hints of oak. Serve it at “cellar temperature,” s slightly cool 60-65 degrees for the best result. Be sure to open the bottle about a half hour to 40 minutes before serving to allow the wine to ‘breathe.’ Take a hefty sniff and enjoy the subtle aromas before diving into the Seder Feast. You’ll be amazed at this wine’s rich rewards at such a modest price.

With its intense aromas and rich flavors of blackberry and chocolate and subtle oak, this is a wine meant for pairing with some serious food!

From the Upper Galilee, this wine underwent extended fermentation with the skins on. The added contact gives the wine superlative enriched flavor and color.

Aged in French oak for 12 months, the wine was allowed to reach its full potential with a minimum amount of manipulation. The wine was not fined and only coarsely filtered prior to bottling, to preserve the rich, natural fruit flavors of the wine. Some natural sediment may appear on the bottom of the bottle, but don’t let that bother you, the wine was made with a minimum amount of fuss in order to allow its natural flavors to shine through.

With nearly 14% alcohol, this is a hefty wine with robust flavor. It goes perfectly with Brisket. Use some of it in braising the meat or in the sauce.

There’s no reason not to have all three of these terrific Dry Red Wines to sample throughout the meal. The price of all three together is about what it would cost to get one bottle of Napa Valley Cab.

Mevushal Kosher for Passover is indicated on the labels of all three of the wines reviewed here. Mevushal (literally “cooked”) wine is actually ‘flash’ pasteurized at very high temperature to approximate the procedures laid down by Orthodox Jewish Laws and Standards.

Red wine is heated to a temperature of 180 degrees Fahrenheit, white wine to slightly less for under than a minute. The wine is then cooled down quickly in order to limit the amount of damage the heat might do to the flavors.

This procedure is based on a responsum from Rabbi Moshe Feinstein who ruled that flash pasteurizing could be counted as making wine Mevushal.

In the past, Meshuval wines were held in low opinion by wine aficionados and critics. Today, this is certainly not the case. Carmel Winery Dry Red Wines are consistently met with praise and recommended by Sommeliers and discerning wine purveyors around the world.

Carmel Winery is Israel’s largest and most historic winery. Winner of numerous international awards, it is becoming increasingly known for its high-end lines of Limited Edition and Single Vineyard wines. They deserve your full attention and enjoyment for Passover and beyond. Visit carmelwines.co.it.

Home Videos The WORLD of WINE – Wine News. Cheap wine, tasting notes and cooking with wine The World of Wine – May 2021 … END_OF_DOCUMENT_TOKEN_TO_BE_REPLACED

How to visit Napa Valley on a Budget. In this video Carson and I explain a few ways to enjoy Napa on the cheap. Tip and advice about how to visit Napa … END_OF_DOCUMENT_TOKEN_TO_BE_REPLACED

Home Videos Get To Know Argentina Wine | Wine Folly If you love Malbec, Argentina is your ultimate wine region. But that’s not … END_OF_DOCUMENT_TOKEN_TO_BE_REPLACED