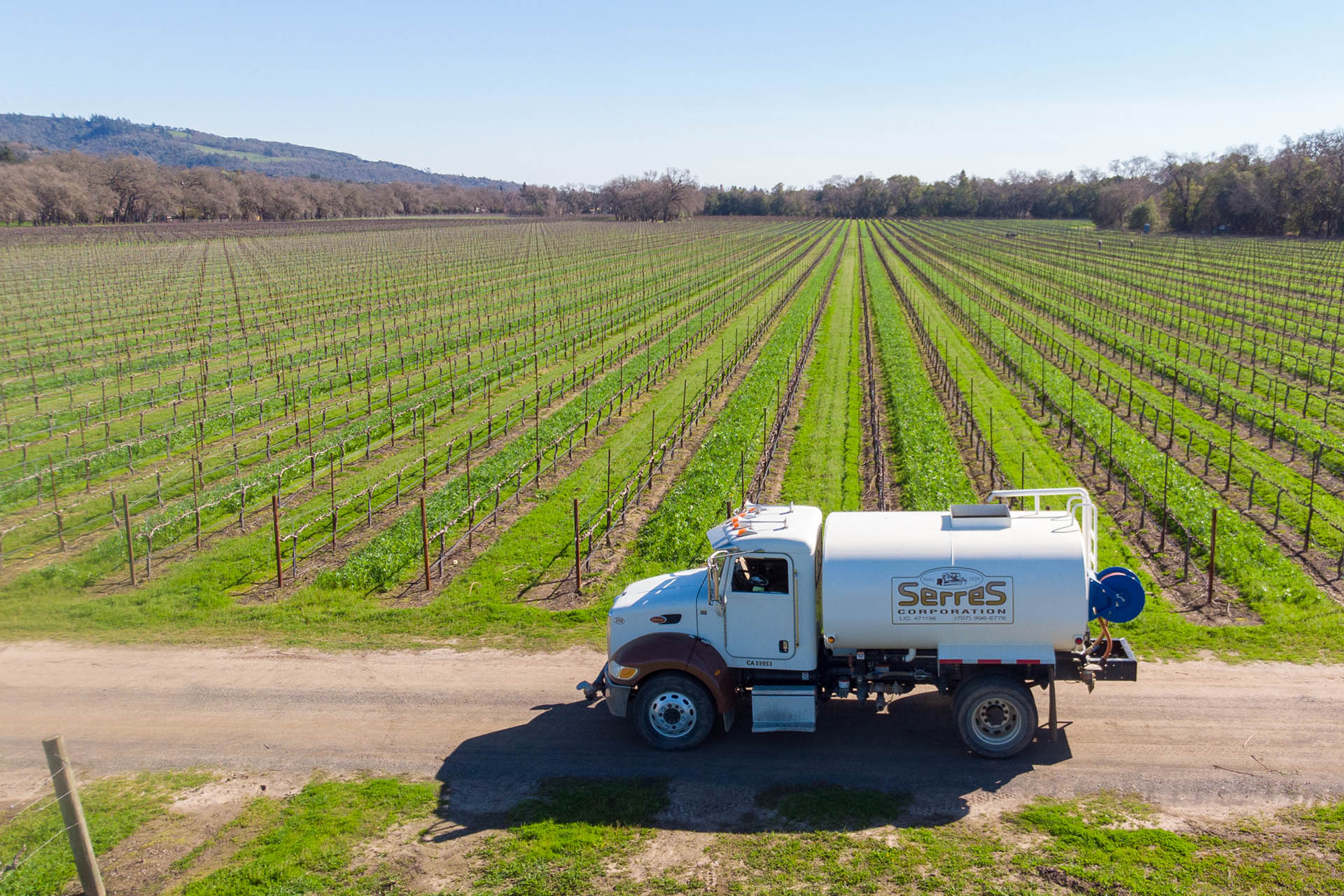 Alan Viader, the director of operations and winemaking at Viader Vineyards & Winery on the slopes of Howell Mountain, joined the Napa County Sheriff’s volunteer search and rescue team five years ago. A former firefighter on the team taught him what to look out for in chaotic wildfire environments.

“All that training came in handy when I was in the middle of the Atlas Peak fire evacuating residents in the middle of the night in October 2017,” says Viader. “I was in a similar scenario during the Camp Fire in 2018, with active wildfire all around us, then again for the Kincade fire in 2019. I’ve seen firsthand how powerful and devastating wildfires are on communities.”

Viader is among many wine professionals in Napa and Sonoma who are learning how to fight fires following the devastating blazes of 2017, 2018 and 2020.

The estimated damage to California’s wine business from 2020 alone is expected to total $3.7 billion, according to market research firm bw166. This includes not only the loss of vines and grapes, but also of future wine sales. It does not account for the further loss of private homes and other local businesses.

As a result, never has there been more acknowledgment of the need for prevention, mitigation and community involvement to prepare, prevent and get future fires under control by enlisting locals.

In 2020, the Sonoma County Winegrowers and Sonoma County Farm Bureau partnered to offer a five-hour course on fire safety training to its community of people who already work the land.

“It’s training to keep folks safe, create defensible space, give some background on how fires move, how crews work together,” says Karissa Kruse, president, Sonoma County Winegrowers. “What farmers with equipment and ponds can do to help.”

This is a timely recognition of how acutely attuned farmers must be to the vicissitudes of Mother Nature.

One of them is Scott Newman of Newman Agriculture in Healdsburg. In October 2019, he helplessly watched the Kincade Fire overtake much of his Knights Valley ranch. It leveled six homes and an expanse of land that has been in his family for generations, including 80 acres of grapes.

“It just hit home that the old days where firefighters waited for the bell to ring are over,” he says. “Programs like training property owners are just one great initiative among so many that are necessary to address the need.”

“I’ve seen firsthand how powerful and devastating wildfires are on communities.”—Alan Viader, Viader Vineyards and Winery

That training is in basic firefighting, but also in reducing the fuels that give fires the ability to spread wildly and go rogue. Linking the agricultural community to the scientific community is key to upholding the mantra of what is done in anticipation of fire season will be more impactful than what is done once a firestorm develops.

“The informed winegrowers and winery owners I know are thinking about how they harden their properties,” Newman notes.

In August 2020, when the LNU Lightning Complex fires hit Napa, Viader quickly directed his vineyard crews to create defensible space, preparing the property and maintaining surrounding forest vegetation and understory growth as best as possible, to keep fire intensity down and away from structures. That includes making sure the landscaping around each building, like the residence, tasting room and winery, is minimal, with generous use of natural rocks, gravel and decomposed granite. It made all the difference less than two months later when the Glass Fire hit even closer to home.

“It was like a volcanic eruption event when the winds picked up and blew the fire down Deer Park Road like a freight train,” he says.

Hit hard, most of Viader’s main structures survived, thanks to the work that had been done. Still, the Glass Fire was a nightmare, worst-case scenario event that taught him many lessons.

He’s now joined the Deer Park volunteer fire department and is going through the CalFire fire academy, hoping to be equipped and certified by the 2021 fire season, and joined a fire prevention and mitigation task force created by the Napa Valley Vintners.

“I don’t see this problem going away,” he says. “The fire hit our community hard and it broke my heart.”

Home Videos The WORLD of WINE – Wine News. Cheap wine, tasting notes and cooking with wine The World of Wine – May 2021 … END_OF_DOCUMENT_TOKEN_TO_BE_REPLACED

How to visit Napa Valley on a Budget. In this video Carson and I explain a few ways to enjoy Napa on the cheap. Tip and advice about how to visit Napa … END_OF_DOCUMENT_TOKEN_TO_BE_REPLACED

Home Videos Get To Know Argentina Wine | Wine Folly If you love Malbec, Argentina is your ultimate wine region. But that’s not … END_OF_DOCUMENT_TOKEN_TO_BE_REPLACED