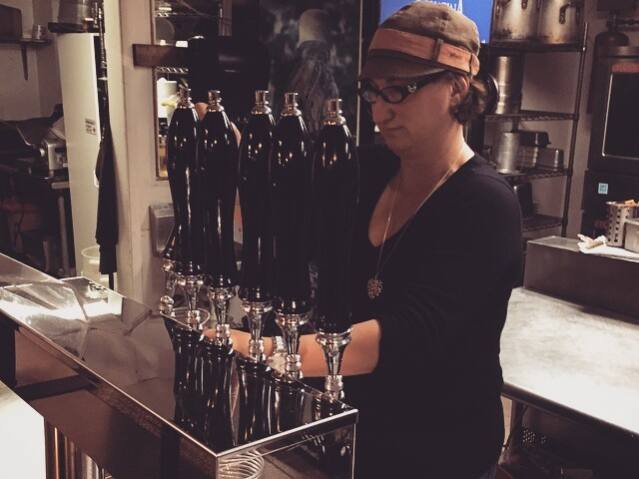 Hospitality and tourism professionals depend on making people happy, but their own lives have been anything but in the last year.

In December, jobs within the industry fell by 498,000, according to a Jan. 8 report from the U.S. Bureau of Labor and Statistics. It also reported that there are 3.9 million fewer jobs in the sector than a year ago.

While some North Bay professionals have moved on, other laid off or furloughed workers don’t yet know what their futures hold.

Alicia Lundeen was just shy of her eight-year anniversary at Andaz Napa when she was furloughed on March 13 from her job as a sales and events administrator, days before the novel coronavirus went from being an epidemic to a full-blown pandemic.

Even earlier, Lundeen said, travel bans began taking effect, leading to a decline in group business that hinted at darker economic times ahead.

In July, Lundeen was officially laid off from the Hyatt-operated hotel. Two months later, her position was eliminated.

“It was kind of devastating,” she said.

After about eight months on unemployment and going on multiple job interviews, Lundeen landed a full-time job as assistant hospitality manager at a wine-tasting room in downtown Napa, which she declined to identify.

“We have been closed since I’ve been working there, so it’s a very awkward situation to learn this new job, but not fully be able to function in it,” Lundeen said.

Last week, she was furloughed again and back on unemployment — but this time her job will be waiting for her once Napa reopens, she said.

Lundeen, a Napa native, has no doubt the industry will bounce back.

“If I know one thing here in Napa, it’s that we always recover,” she said, but she expects hospitality service to look different when it comes back.

A bevy of hotels this past year have implemented new policies and protocols around the coronavirus that call for less high-touch service and enhanced cleaning technologies, such as electrostatic sprayers to sanitize surfaces.

Lundeen, whose husband also works at Andaz Napa but is currently furloughed, said she plans to stick with working in the wine segment of hospitality.

“I had such a good opportunity with (Andaz Napa) … but I think my time was up there,” she said. “And I think the tasting room that I’m at is just a great stepping stone to other opportunities that are here in the valley.”

In the nick of time

On Feb. 2, Scott Pikey officially wrapped up his 25-year career in hospitality, hanging up his executive chef’s hat to venture into a new career as a commercial insurance broker.

“I’m very fortunate that I was able to make a career path change right before something so devastating happened to this industry,” said Pikey, who spent the second half of his career at Mayacama Golf Club in Santa Rosa. “If I hadn’t (already) made the decision to look at a new career path, COVID would have definitely sealed that deal for me.”

As executive chef at Mayacama, Pikey was responsible for every aspect of the food program, from cooking and developing menus, to sourcing food and overseeing all business aspects. He praised his former employer, but said he was ready for a change.

“I think at some point, when you start cooking and you’re 25 years into it, there has to be some sort of exit strategy,” Pikey said, explaining the work is mentally and physically stressful.

“What I needed in my life is more time with my children; I needed to find a balance,” Pikey said, acknowledging that starting over also has resulted in less income. “Sure, I’m not making what I used to make, but there’s a reward in the balance.”

Transitioning from hospitality to insurance may not seem like an obvious career transition, but for Pikey, it made sense.

“When you take a look at risks and training, making sure that the people are safe in a kitchen … I just felt this was in my comfort zone,” he said. “And it was a really natural kind of progression into what I’m doing now.”

A new line of work also may be in the cards for Napa-based Mona Stallard, a hospitality and event-planning professional who moved from San Francisco to Napa Valley about 15 years ago to follow her passion for food and wine.

Stallard spent seven years in event planning at hotels, including Hotel Yountville and Villagio Inn and Spa, before hiring on with RMC, an organization that arranges logistical services for groups, both prior to and upon arrival at their destination. Services include, but aren’t limited to, arranging transportation, events, meetings, visits to wineries, and other entertainment and recreational activities.

Home Videos The WORLD of WINE – Wine News. Cheap wine, tasting notes and cooking with wine The World of Wine – May 2021 … END_OF_DOCUMENT_TOKEN_TO_BE_REPLACED

How to visit Napa Valley on a Budget. In this video Carson and I explain a few ways to enjoy Napa on the cheap. Tip and advice about how to visit Napa … END_OF_DOCUMENT_TOKEN_TO_BE_REPLACED

Home Videos Get To Know Argentina Wine | Wine Folly If you love Malbec, Argentina is your ultimate wine region. But that’s not … END_OF_DOCUMENT_TOKEN_TO_BE_REPLACED