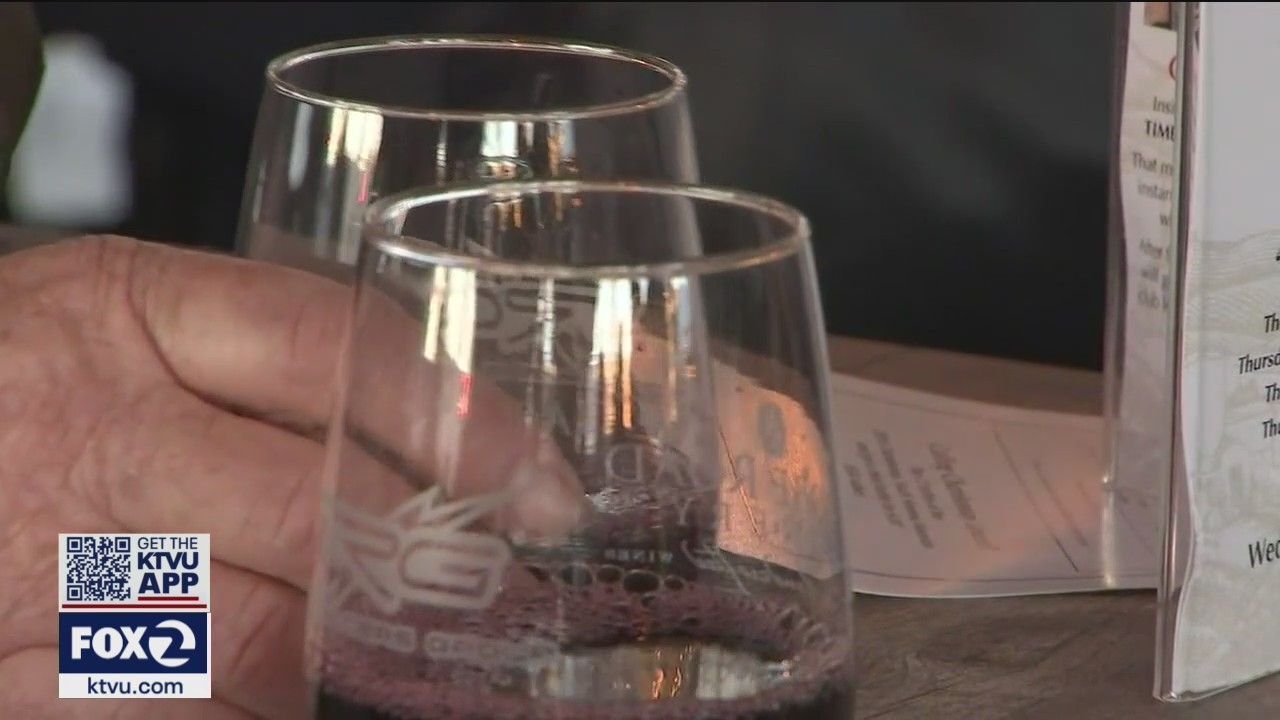 California to loosen COVID guidelines on breweries and distilleries

California state officials said starting on Saturday breweries and distilleries that do not serve food can open outdoors in the purple and red tiers. However the state made no change for bars, unless they serve food, they cannot reopen outdoors until the orange tier.

PETALUMA, Calif. – The state of California says starting this Saturday, breweries and distilleries that do not serve food, may re-open outdoors in the purple and red tiers.

But the state did not issue any changes for the vast majority of bars in the state’s purple and red tiers. Unless they serve food, they cannot reopen outdoors until the orange tier.

That’s frustrating for some bar who owners who feel left out when businesses such as wineries are allowed to operate outdoors even when they don’t serve food.

Live music on Thursdays draws a good turnout. Its outdoor wine tasting room was built to keep the business open during the pandemic.

“This is our old tasting room. We had seats in here. People can stand at the bar,” says Tony who works at winery’s tasting room.

He says business is only at about half of what it was before COVID restrictions.

Patrons say enjoying a glass of wine with friends is essential during these difficult times.

The winery does not serve food. Patrons can bring their own.

“At least we get to operate this way.  Otherwise we’d be out of business,” says Stauffer.

Nearby, bars are closed including Buckhorn Tavern.

On its answer machine, is this message, “Hello. COVID has forced us to be closed but we will get to your phone call as soon as we can.”

In San Francisco, Micah Byrnes, the co-owner of Monarch, a self- described craft cocktail bar and music venue in the South of Market says his business has been closed since last March.

He questions why establishments such as wineries and restaurants can be open and serve alcohol but bars such as his are kept closed.

“A lot of this is political and optics for a city government to say clubs are bad or nightlife venues or music venues and bars are bad,” says Byrnes.

But some say there is a difference between patron behavior at a winery versus a bar.

“We don’t stay open late. People don’t come here and party get inebriated like they might at a bar. It’s not a social gathering place. It’s a place for people to come and taste wine,” says Stauffer.

A group of ladies tasting wine say  bars should be allowed to reopen with or without food when other establishments serving alcohol can operate.

She and her friends say they would patronize bars when they reopen.

They say it’s unfair that certain businesses can open while others are forced to remain close.

Home Videos The WORLD of WINE – Wine News. Cheap wine, tasting notes and cooking with wine The World of Wine – May 2021 … END_OF_DOCUMENT_TOKEN_TO_BE_REPLACED

How to visit Napa Valley on a Budget. In this video Carson and I explain a few ways to enjoy Napa on the cheap. Tip and advice about how to visit Napa … END_OF_DOCUMENT_TOKEN_TO_BE_REPLACED

Home Videos Get To Know Argentina Wine | Wine Folly If you love Malbec, Argentina is your ultimate wine region. But that’s not … END_OF_DOCUMENT_TOKEN_TO_BE_REPLACED