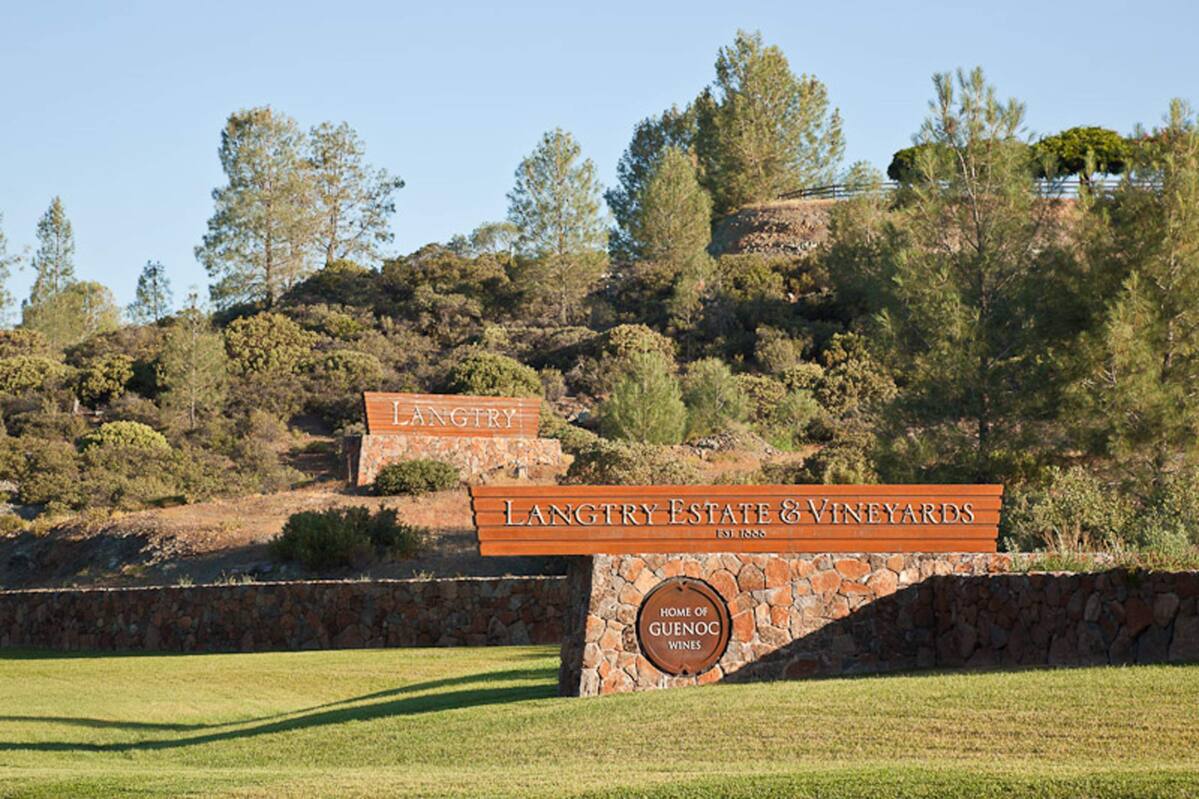 Langtry Farms LLC sued Hugh Reimers and one of Reimers’ companies, Torick Farms LLC, in Lake County Superior Court on May 3. The vintner alleges that Torick delivered grapes that were supposed to be free of “smoke taint” and those grapes supposedly damaged a number of tanks.

At a court hearing on the suit on May 20, the judge noted he has seen evidence provided by Reimers’ side that a manager at Langtry Farms accepted the deliveries and did not raise any question about the quality of grapes. The winery filed receipts from grape deliveries and third-party laboratory test results showing high levels of taint-associated compounds in samples supposedly from tanks associated with those grapes. Both sides will get a chance to submit more evidence and argue their cases at a forthcoming court hearing, tentatively.

Langtry Farms now wants to exercise a warehouse lien to sell the wine to cover the supposed damage, according to the complaint drafted by Joshua Devore of Dickenson Peatman & Fogarty.

Meanwhile, Reimers and Torick countersued on Wednesday, claiming that oral custom-crush agreements with Langtry Farms were made last fall and that the winery is interfering with sales in progress by holding onto the wine in its tanks. Reimers’ attorney, Kevin Block of Napa’s Block and Block LLP, asked for a temporary restraining order to allow those deals to proceed.

Langtry Farms on April 14 sent Torick Farms a bill for $330,266 for oak tanks and barrels where the allegedly tainted wine was stored, plus installation and replacement with nearly 42,000 gallons of stainless-steel tanks, according to court filings. That includes five 3,200-gallon tanks, eight 6,700-gallon vessels and nine barrels.

Torick says the vintner is holding onto about 45,000 gallons of Torick’s wine, valued at roughly $900,000 at $20 a gallon, according to court testimony Thursday.

While Lunas noted that Langtry Farms will have more time to prove its case about the condition of the grapes, he was skeptical about the outcome of the warehouse lien. So on Thursday he orally granted the temporary restraining order, which both attorneys said they would comply with, and called for a preliminary injunction hearing for both sides to present more evidence.

Another court hearing is set for Tuesday at 9 a.m. to formalize the order and set the timeline for the future hearing in the next couple of months.

Torick Farms submitted to the court two memorandums of sale through Turrentine Brokerage for $460,200 for 21,900 gallons of wine in Langtry Farms storage. One was for 11,100 gallons to Bogle Vineyards, and the other was for 10,800 gallons to Novato-based WX Brands.

The judge’s oral order called for the proceeds from those sales to be deposited in an interest-bearing escrow account held by Langtry Farms and Torick Farms until the litigation is resolved. He also offered the parties the option that all the stored wine be sold and the proceeds be deposited into that account or held in bond.

“That’s very creative,” Block told the judge. “And I appreciate your honor’s selection, because that addresses the concern I raised that the wine will become almost worthless as we move through August, because people stop buying it.”

The attorney noted that bulk-wine sales tend to trail off as the wine grape harvest begins.

Langtry Farms LLC is part of the portfolio of Hawaii-based Malulani Investments, majority owned by Easton Manson since 2003. In 2012, Sonoma County-based Foley Family Wines purchased the Middletown winery, 500 acres of land and the wine brands Langtry and Guenoc, but Langtry Farms kept about 23,000 acres of land in southern Lake and northern Napa counties.

Last year, Foley transferred the winery back to Langtry Farms, according to county and state records.

Home Videos The WORLD of WINE – Wine News. Cheap wine, tasting notes and cooking with wine The World of Wine – May 2021 … END_OF_DOCUMENT_TOKEN_TO_BE_REPLACED

How to visit Napa Valley on a Budget. In this video Carson and I explain a few ways to enjoy Napa on the cheap. Tip and advice about how to visit Napa … END_OF_DOCUMENT_TOKEN_TO_BE_REPLACED

Home Videos Get To Know Argentina Wine | Wine Folly If you love Malbec, Argentina is your ultimate wine region. But that’s not … END_OF_DOCUMENT_TOKEN_TO_BE_REPLACED