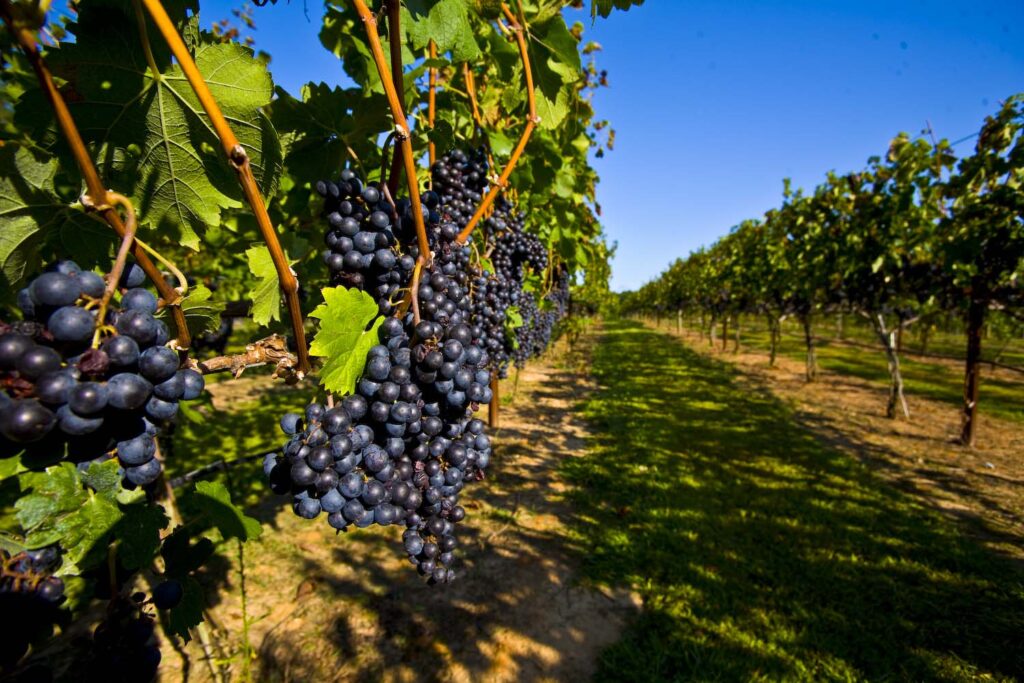 Members of the Cache County Council have signaled their intention to continue efforts to craft an ordinance to license local wineries to manufacture and sell wine.

CACHE COUNTY – Deliberations by members of the Cache County Council over the possibility of licensing local wineries will continue, thanks to a pledge from new County Executive David Zook not to subsequently veto the entire process.

That proposal would amend Chapters 5.08 and 5.12 of the County Code to regulate the establishment of facilities to manufacture, taste and sell locally produced wine in Cache County.

After county attorney John Luthy explained the most recent revisions of the draft ordinance, council chair Gina Worthen called for a poll of her colleagues’ opinions to determine if deliberations on the issue should continue.

Council member Barbara Tidwell said simply that she was inclined to favor the winery proposal.

Gordon Zilles replied that he was already on the record as opposing the draft ordinance, an opinion he expressed bluntly during previous council discussions of the issue on Feb. 9.

“I’m leaning toward voting against this ordinance at this point,” council member Nolan Gunnell explained. “I don’t want to take a stand against property rights, but I’ve heard from citizens who oppose this and I have to give their opinions some consideration.”

Paul Borup punctuated his response by displaying two bottles of wine, one purchased in Logan, 6.5 milers from this home, and the other purchased in Richmond, 9.3 miles from his home. Wine is here to stay in Cache County, he emphasized

“We’re not changing Cache Valley by (licensing wineries),” Borup argued. “We’re actually keeping Cache Valley the same by upholding property rights and keeping the county as the county. I’m all in on this ordinance.”

Council chair Worthen agreed that any change that made agriculture more profitable would serve to preserve open space in Cache County.

“I’m in favor of this,” she said. “I grew up in West Valley. When I was a kid, that area was a lot like Cache Valley is now, with a lot of open fields and a pretty laid-back lifestyle. What changed that way of life in West Valley was growth.

Council member Dave Erickson dismissed much of the rhetoric generated by the winery licensing issue – including mass-produced e-mail messages, feelings, emotions, hatred of alcohol products and appeals from the business and tourism industries – as “malarkey.”

Erickson said he was motivated to vote in favor of the proposed ordinance strictly by the principle of agricultural viability, insisting that private property owners have the right to freely choose how to use their land.

Finally, council member Karl Ward said that he could not support the proposed ordinance because the council had never resolved the issue of whether the local wineries would be required to bottle only the products of their own crops or whether they would be allowed to manufacture wine with imported grapes. That issue is the difference, he argued, between licensing a genuine agri-business or just a wine manufacturing facility.

After the informal poll, Worthen noted that a one-vote margin in favor of the proposed ordinance was certainly not veto-proof and invited Zook to weigh in on the issue.

During the council’s Feb. 9 deliberations on the winery issue, Zook expounded at length about his personal feelings concerning the evils of alcoholism.

On Tuesday, the county executive was seemingly in a more reflective mood. While saying that he still had concerns about “glorifying the use of alcohol,” Zook wondered aloud whether he had any right to “ … preach to the government about how it should regulate someone’s individual choices.”

Zook also suggested that the ultimate decision on the winery issue could set precedents that would have unintended consequences for Cache Valley.

“I wonder,” he said, “if we’d have the same inclination to defer to private property rights, the preservation of agricultural land and economic develop if someone came in here and wanted to grow cannabis or opium? Because you could make the same exact arguments for those crops.”

After posing those thoughtful questions, however, the county executive based his final decision on more practical considerations.

“If we’re going to be involved in some type of regulation of these things,” Zook concluded, “I feel that the government should, for the most part, stay out of people’s business.

“So I’m not planning to veto this ordinance.”

With that assurance, Worthen instructed assistant county attorney John Luthy to continue making refinements to proposed Ordinance 2021-05 that will be reviewed by council members on April 13.

The text of Ordinance 2021-05 is based on applicable state law and a similar Summit County ordinance, plus local tweeks made by Luthy in consultation with Keith Meikle, owner of the The Vineyards at Mt. Naomi Farms near Hyde Park.

As currently written, the proposed ordinance would authorize not only the licensing of wine manufacturing in the county’s unincorporated areas, but also wine-tasting as a tourism attraction and by-the-bottle sales of wine at local vineyards.

Luthy explained that the county’s licensing of wine manufacturing itself would give vintners the right to host wine-tasting, but the vineyards would also have to obtain a state license to operate as a package agency in order to legally sell bottles of their product on-site.

Home Videos The WORLD of WINE – Wine News. Cheap wine, tasting notes and cooking with wine The World of Wine – May 2021 … END_OF_DOCUMENT_TOKEN_TO_BE_REPLACED

How to visit Napa Valley on a Budget. In this video Carson and I explain a few ways to enjoy Napa on the cheap. Tip and advice about how to visit Napa … END_OF_DOCUMENT_TOKEN_TO_BE_REPLACED

Home Videos Get To Know Argentina Wine | Wine Folly If you love Malbec, Argentina is your ultimate wine region. But that’s not … END_OF_DOCUMENT_TOKEN_TO_BE_REPLACED