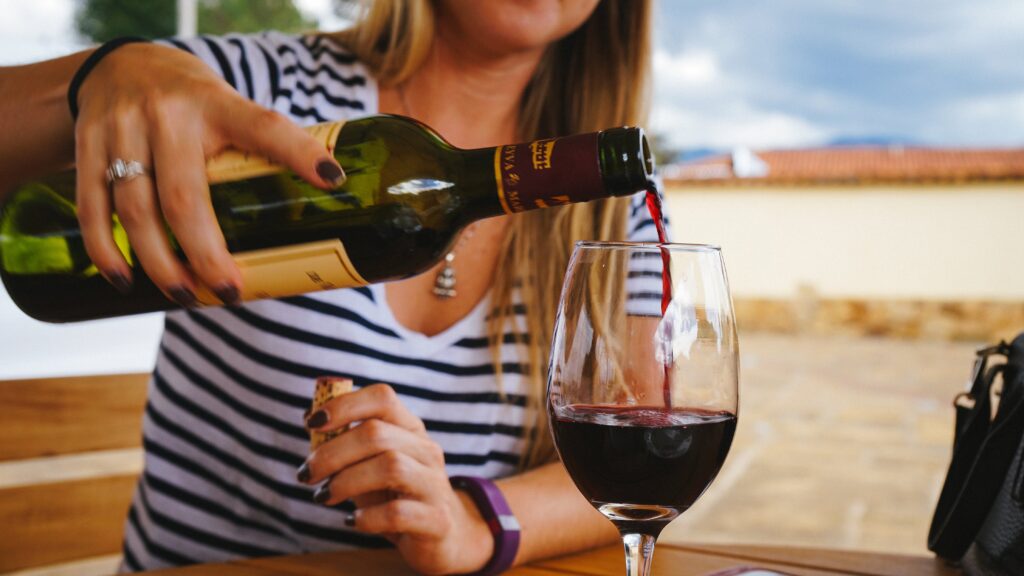 Photo by Dan Gold from Burst

CACHE COUNTY – After sending positive signals previously on the licensing of wineries in Cache Valley, members of the Cache County Council back-pedaled on that issue Tuesday.

During a regular meeting Tuesday, assistant county attorney John Luthy outlined several changes that he recommended be made to a proposed ordinance amending two chapters of the county code on alcoholic beverages.

With those changes, proposed Ordinance 2021-05 would authorize not only the licensing of wine manufacturing in the county’s unincorporated areas, but also wine-tasting as a tourism attraction, by-the-bottle sales of wine at local vineyards, plus the sale and consumption of wine at on-site banquet events.

The majority of council members had been generally supportive of an earlier version of that ordinance, which they viewed as supporting the county’s goal of promoting local economic development and the preservation of open spaces by “allowing the production and tasting of wine in connection with agriculture and agri-tourism.”

But the changes suggested by Luthy on Tuesday – made after a review of applicable state law and consultation with Keith Meikle, owner of the The Vineyards at Mt. Naomi Farms near Hyde Park – sparked more questions than answers from council members.

Luthy explained that the county’s licensing of wine manufacturing itself would give vintners the right to host wine-tasting, but the vineyards would also have to obtain a state license to operate as a package agency in order to legally sell bottles of their product on-site.

Council member Gordon Zilles, who has made no secret of his opposition to the proposed ordinance, immediately questioned whether a vineyard operating as a state package agent would be restricted to selling only its own vintages or could sell any wine or alcoholic beverage.

Luthy had no answer to that question, but promised to research applicable state laws.

Zilles also voiced doubt that the licensing of wine manufacturing would actually have the effect of preserving agricultural land unless the county ordinance specified that wine-tasting and by-bottle sales were limited to vintages produced from grapes grown locally.

Council chair Gina H. Worthen had previously noted that she hadn’t heard from a single county resident who opposed local wine manufacturing, but still seemed uneasy at the prospect of large-scale wine sales and consumption at on-sight banquet events.

“For me, this idea of banquet licensing is a whole separate issue,” Worthen said. “I’d prefer to deal with that…at a later time.”

Luthy emphasized that the original text of Ordinance 2021-05 was intentionally vague on some details of how wine manufacturing would be implemented in Cache Valley with the council’s consent.

“There’s the alcohol ordinance that’s in front of you,” he explained, “would allow landowners to go and get a license for wine manufacturing (from the state) and for the package agency role. But where and how they can use those licenses will be determined by the subsequent land-use ordinance allowing permitted use of those licenses in some designated zones. “

Council member David Erickson renewed his concerns that creating a tourist attraction centered on wine tasting had the potential to result in “cultural changes that Cache Valley might not be ready for.”

On the other hand, Erickson said, he fully supports the principle of respecting the private property rights of local land-owners to profitably use their land.

Luthy said that he views the potential impact of the proposed alcohol ordinance as a “branding issue.”

“The question is do we want Cache Valley to be known as the kind of place where tourists come in the summer to enjoy the (Utah Festival) opera and that sort of thing,” he said, “or as a place to go for a wine tour? The answer to that question could result in a cultural change.”

Luthy also acknowledged that the licensing of local wineries could put Cache County on a slippery slope that could make it harder to deny similar hypothetical requests from breweries and distilleries in the future.

Late in the discussion, council member Paul Borup suggested that the council settle the issue by voting on the current text of Ordinance 2021-05, with the understanding that textual fine-tuning could be added later with amendments.

That idea was opposed by council member Karl Ward who argued that the alcohol ordinance and the associated land-use ordinance need to be considered simultaneously.

After additional discussion, the winery issue was tabled with the understanding that Luthy would review applicable state codes, complete suggested fine-tuning of Ordinance 2021-05 in time for the council’s next meeting and begin the process of developing its associated land-use ordinance.

Home Videos The WORLD of WINE – Wine News. Cheap wine, tasting notes and cooking with wine The World of Wine – May 2021 … END_OF_DOCUMENT_TOKEN_TO_BE_REPLACED

How to visit Napa Valley on a Budget. In this video Carson and I explain a few ways to enjoy Napa on the cheap. Tip and advice about how to visit Napa … END_OF_DOCUMENT_TOKEN_TO_BE_REPLACED

Home Videos Get To Know Argentina Wine | Wine Folly If you love Malbec, Argentina is your ultimate wine region. But that’s not … END_OF_DOCUMENT_TOKEN_TO_BE_REPLACED