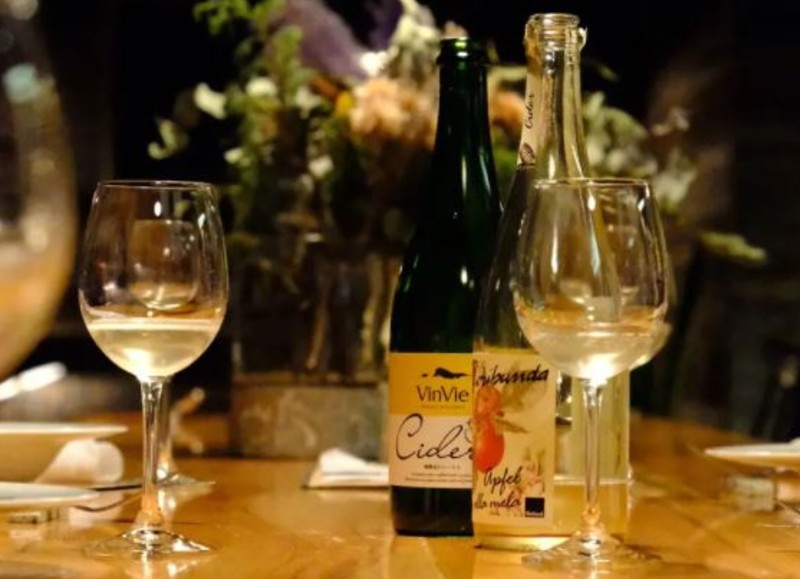 VinVie operates its own orchards and vineyards in Japan’s Nagano prefecture, about 3.5 hours away from Tokyo by car, growing a large variety of Japanese table apples, cider apples, pears and grapes to make its wines and ciders.

According to the firm’s Director of Wine and Cider Making and Grape Cultivation Tsuyoshi Takemura, there are few companies in Japan that make cider as the industry is currently very niche.

“The cider market in Japan is still a niche market so far, but it is a very growing and attractive market – even though the ​number of people who do not drink alcohol is increasing, especially among young people, relatively low-alcohol, lighter drinks [like cider] remain popular,” ​Takemura told FoodNavigator-Asia​.

“In addition, I am seeing the concept of ​PPiP​（​Personal Preference is Paramount​）​ is spreading [locally which has translated into] consumers’ tastes diversifying, [with] more and more people [willing to spend] money on what they like.”​

As such, VinVie maintains confidence that there is massive untapped potential in the local cider industry even though the ‘sales of alcoholic beverages are declining throughout Japan’​, and the firm has plans to develop products for both the mass and premium markets.

“What is important here is that we are not looking to compete with [major local alcoholic beverages] sake or beer – we value making our own consumer following.​

“All the apples used to make our ciders are grown in our orchards, which we pick, brew and bottle ourselves. All the ciders are handmade craft products.​

“[All in all], w​e want young people to feel more drawn to wine and cider. [Depending on the COVID-19 situation], we will be holding events like seminars or tastings [and also want to] provide our consumers with the whole wine and cider experience in our orchards, vineyards and winery.”​

Another method by which VinVie is looking in draw in consumers – especially curious consumers – is via its creation of unique, unusual cider offerings such as bee’s yeast cider, wasp yeast cider, and spiced cider.

“We launched a Spiced Cider in February this year, which is sweet [but] contains the spiciness of spices such as cinnamon, cardamom, coriander seeds, star anise and more making it suitable to be enjoyed hot or cold,”​ said Takemura.

“Coming up in March 2021 are some other interesting products like sour cider made from wasp yeast, and gose style (salty) cider.”​

The technique of using bumblebee or wasp yeast to brew alcoholic drinks has been used in the craft beer industry for some years to make craft variants of ‘wasp beer’ or ‘bumble beer’, known to be sour and fruity, but using this to make ‘wasp cider’ is less common.

“Yeast derived from paper wasps produces lactic acid during fermentation which gives a well-balanced acidity, and a blend of specific apple variants is used [to create the unique taste],”​ said VinVie.

VinVie also has a ‘bumble-cider’ variant that uses yeast derived from bumblebees to make, although the basic concept is the same.

Takemura also told us that one of the reasons VinVie – which means ‘wine life’ in French – decided to start making ciders at its winery was because it simply ‘made sense’.

“Under Japanese law, cider and wine can be made using the same license, [plus] ​the facilities and equipment for making both of these are almost the same,”​ he said.

“We are able to grow both apples for cider and grape for wine where we are, and the times/seasons for making wine and cider also do not overlap – so we decided to make both cider and wine.”​

In 2020, VinVie produced 3,000 litres of wine over eight different variants from Sauvignon Blanc to Chardonnay to Merlot; and 5,000 litres of cider over 10 variants.

“[The reason] we have opted to make so many different types of cider and wine [is because] we want to better understand the needs, tastes and preferences of our customers,”​ he said.

“In addition, [Nagano prefecture where we] are based in has seen apples and pears cultivated here for a long time, and is known for its high-quality table apples, but more than a few farmers have quit farming for reasons such as ageing – We want to protect the industry and landscape of the region as much as possible through the making of cider and wine and the cultivation of apples and grapes.”​

VinVie also has plans for overseas expansion to both Europe and Asia.

“In the near future we want to export cider [to] European countries where cider is already commonly drunk, as well as to Singapore and Taiwan,”​ said Takemura.

“We consider it most important to [grow] the local cider market and have more people drink it locally, but we [definitely want to] gradually connect with the world.”​

Home Videos The WORLD of WINE – Wine News. Cheap wine, tasting notes and cooking with wine The World of Wine – May 2021 … END_OF_DOCUMENT_TOKEN_TO_BE_REPLACED

How to visit Napa Valley on a Budget. In this video Carson and I explain a few ways to enjoy Napa on the cheap. Tip and advice about how to visit Napa … END_OF_DOCUMENT_TOKEN_TO_BE_REPLACED

Home Videos Get To Know Argentina Wine | Wine Folly If you love Malbec, Argentina is your ultimate wine region. But that’s not … END_OF_DOCUMENT_TOKEN_TO_BE_REPLACED