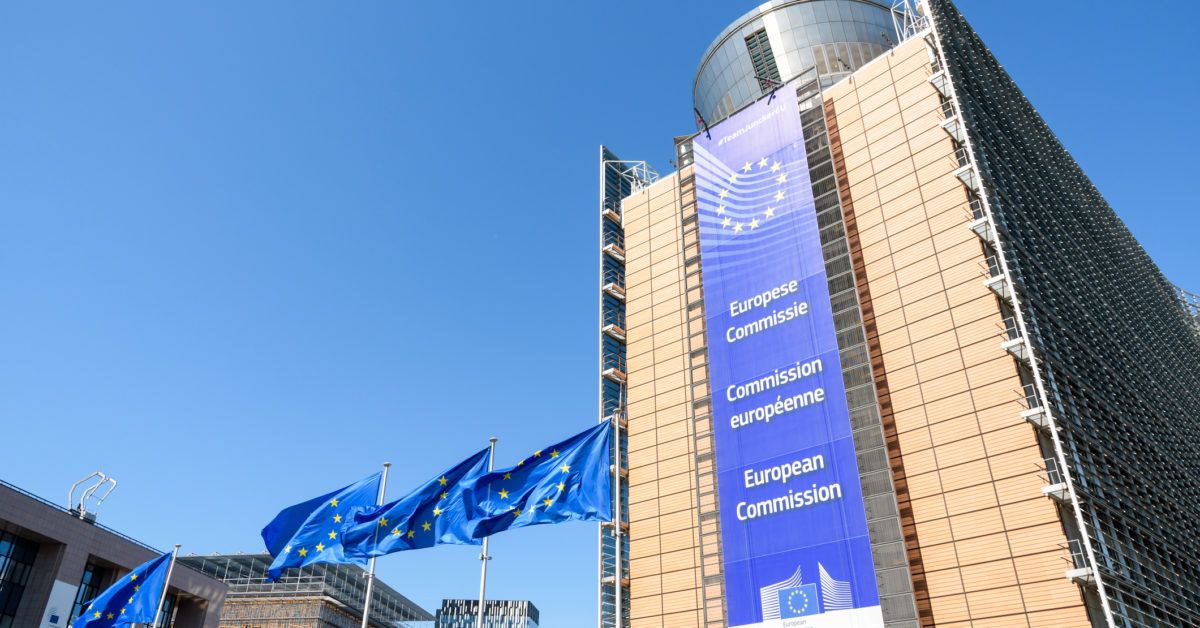 Not even a pandemic can keep Brussels lobbyists down for long.

While some endured revenue falls and staff cuts after the coronavirus crisis first hit, consultancies and other lobbying outfits have become increasingly active since then.

Some of the uptick is due to the crisis itself. Private sector clients and others are eager to influence the EU’s post-coronavirus recovery plans.

And some of it is due to Brussels entering what are traditionally the busiest years of an EU legislative cycle, with the European Commission in its second year in office.

Among those at the forefront of lobbying efforts are pharmaceutical firms engaging in vaccine negotiations, companies looking to benefit from the bloc’s €750 billion recovery fund and tech giants aiming to shape the newly-proposed Digital Services Act.

The European Federation of Pharmaceutical Industries and Associations had over four times more meetings with the Commission last year than in 2019, according to the EU’s Transparency Register.

The European Round Table for Industry, one of the EU’s most powerful lobbies, formally held more meetings with senior Commission figures in 2020 than in any year since 2015 — the first full year of Jean-Claude Juncker’s Commission.

While the COVID-19 crisis has changed the way lobbying groups and consultancies interact with European institutions, it has not prevented them from making their case to Brussels decision-makers.

“We had to sort of reinvent ourselves,” she said. But, she added, now that the Brussels law-making machine is functioning again there is a “normal busy period” when companies “want to be heard.”

The average number of meetings held by business interests with the European Commission declined somewhat when the pandemic first hit but the figure for the first months of the crisis overall was still higher than the average for 2019, according to a study by academics at the University of Copenhagen.

The scholars also highlighted an issue that transparency campaigners cite as a recurrent problem with lobbying — it is often tilted in favor of business interests.

The academics found “it is largely well-resourced businesses that benefited from political access as a result of the pandemic at the expense of well-resourced NGOs.” And they said this disparity “was the result of inequalities in access to meetings concerning policies linked to the pandemic itself.”

“Two key trends seem to be driving the market,” said Gurpreet Brar, general manager of Edelman in Brussels and global COO of its public affairs practice.

One, there’s “the ambitious plans set out by this Commission through the Green Deal, the Digital Services Act/Digital Markets Acts.” And two, there’s “the ongoing challenges presented by COVID-19, which are requiring clients to continually adapt.”

By June, the European Commission is expected to roll out a massive package of legislative proposals revamping everything from renewables and energy efficiency targets, to energy taxation, emissions trading rules and carbon dioxide standards for the auto industry. As officials are working to finalize drafts and proposals, lobbying on all these issues has kicked into high gear.

For the tech sector, the Digital Services Act is a key area of interest — and intense lobbying from tech companies, brands, digital rights NGOs and consumer protection associations has already started.

Under the act, online platforms such as Facebook, Twitter and TikTok will have to do more to limit the spread of illegal content and to police the online sale of goods. The act will impose dos and don’ts on so-called gatekeepers — large online players like Google, Amazon, Facebook, Apple and Microsoft that can determine how other companies interact with digital users.

Other key policy items on the agenda include the Farm to Fork strategy, intended to propel the EU toward more sustainable agriculture and food supply, and the planned revision of tobacco-related legislation.

The flurry of policy debates has been a boon for Brussels’ ecosystem of consultancies, some of which took an initial financial hit — in some cases laying off staff — when the pandemic struck.

“We took the COVID crisis right in the face like, you know, everyone else,” said Thomas Barros-Tastets, a senior partner at consultancy Portland. “But, in fact, we very quickly adapted, adjusted working methods.”

The Commission “pushing out” many initiatives “will drive business interests,” said Barros-Tastets. “The next year will be critically important in the digital sphere, the tech industry” and “the climate change discussion that goes from the energy sector to the textile industry to chemicals.”

But with major legislative files on the table and lobbying no longer conducted in person, there are also renewed demands from transparency advocates for clearer accountability.

“I have nothing against stakeholder consultation and talking with industry,” said German Green MEP Daniel Freund. “But obviously what we do need to make sure is that it’s still as transparent as it would normally be.”

Freund has advocated extending reporting requirements down the hierarchy to rank-and-file Commission staffers’ meetings with lobbies — while also expressing concern about the decision that only videoconferences are formally recorded in the Transparency Register, while officials’ phone calls with lobbyists go unreported.

“Under normal circumstances, if someone in your department starts having lots of lobby meetings, you would notice in the hallways. But with the decentralized way of working, and everyone being in home office … there’s just a bit less social control,” Freund said.

Corporate Europe Observatory, a watchdog group, has also raised concerns about the transparency of pandemic lobbying. For instance, the group questioned the propriety of an event organized by chemical giant BASF, which invited lawmakers to a “virtual wine tasting” to discuss the Farm to Fork strategy, offering to send MEPs “six small bottles” to “celebrate Portugal’s unique wines.”

A BASF spokesperson said the event was “in accordance with the spirit and the letter of European Parliament’s lobbying rules.”

Home Videos The WORLD of WINE – Wine News. Cheap wine, tasting notes and cooking with wine The World of Wine – May 2021 … END_OF_DOCUMENT_TOKEN_TO_BE_REPLACED

How to visit Napa Valley on a Budget. In this video Carson and I explain a few ways to enjoy Napa on the cheap. Tip and advice about how to visit Napa … END_OF_DOCUMENT_TOKEN_TO_BE_REPLACED

Home Videos Get To Know Argentina Wine | Wine Folly If you love Malbec, Argentina is your ultimate wine region. But that’s not … END_OF_DOCUMENT_TOKEN_TO_BE_REPLACED