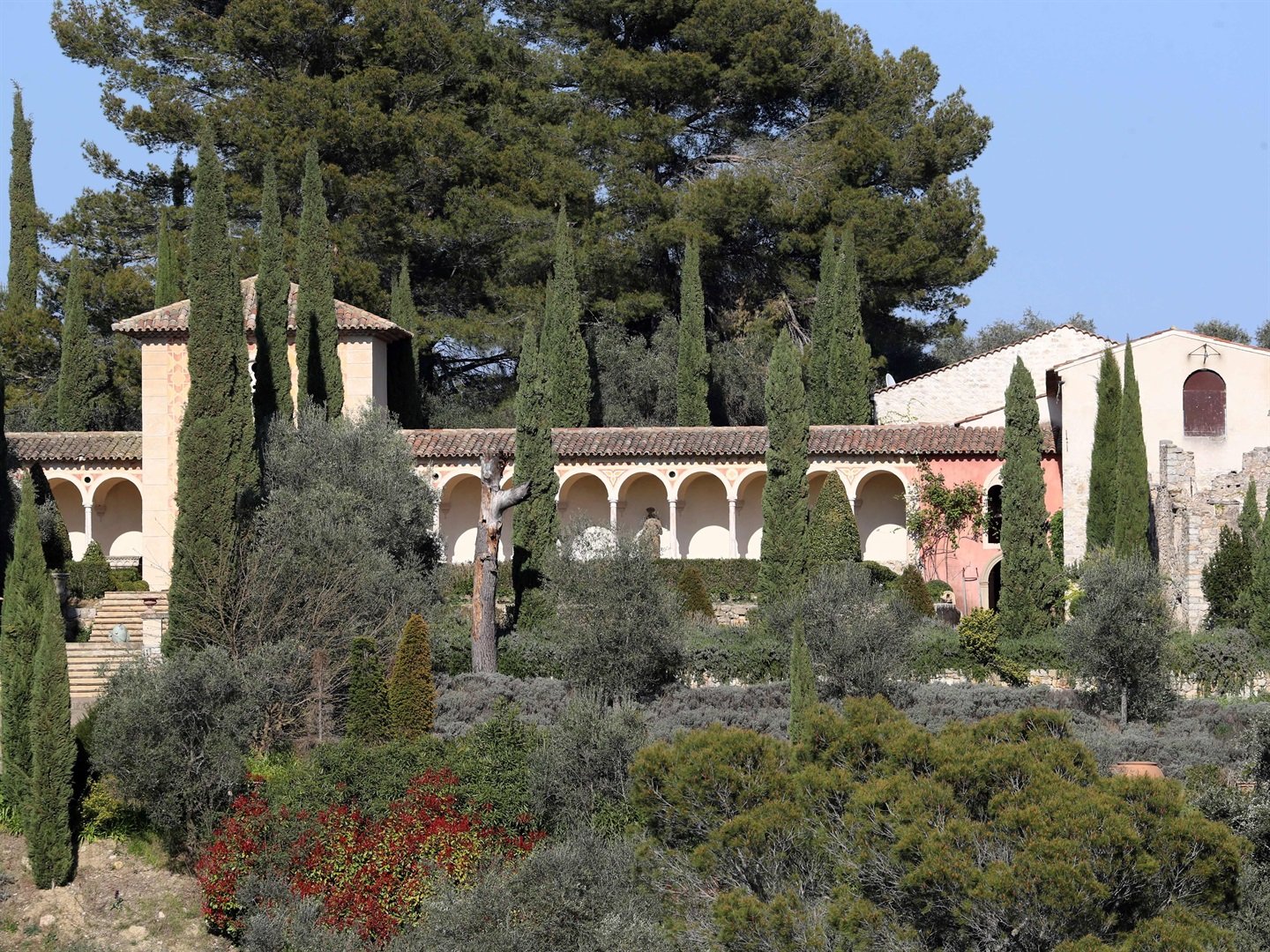 French courts say the $64 million Chateau Diter was built without permission in a protected woodland area.

Instead, the couple ended up building their very own sprawling, $64 million Tuscan-style mansion in Grasse, a town in the south of France less than an hour’s drive from Nice, French magazine Paris Match reported in 2017.

But it may not be standing for much longer.

France’s highest judicial court has upheld a 2019 ruling that Chateau Diter was illegally built and ordered Diter to demolish it within 18 months, subscription newsletter Airmail reports. The court also reportedly fined Diter $550,000 and said he would be charged an additional $600 per day if the chateau was not destroyed by June 2022.

Diter has been battling to keep his lavish property standing for years – and the fines have been piling up. In March 2019, an appellate court in Aix-en-Provence ruled the chateau was built without permission in a protected woodland area, The Guardian reported at the time. The court ordered Diter to destroy it within 18 months or pay a fine of $226,000 as well as an extra $565 per day for every day the home remained standing past the deadline.

But nearly two years later, the British developer is still not ready to concede defeat.

“This decision is not the epilogue of this affair,” Diter’s lawyer, Philippe Soussi said, according to Airmail. “Even the idea of demolishing Chateau Diter, which is an architectural masterpiece, is unimaginable and foolish. We’re going to fight to avoid this.”

Soussi “hinted” that he and Diter would be taking the case to Europe’s Court of Human Rights, per Airmail.

“That’s ridiculous,” Grasse city council member Paul Euzière said, per Airmail. “Nobody has violated Patrick Diter’s human rights. His rights have been taken into account every step of the way during this legal journey.”

Rowdy guests and a ‘building frenzy’

Diter built Chateau Diter between 2000 and 2011, according to French newspaper Le Monde. In 2009, a group of neighbors took Diter to court, saying “the building frenzy had to stop,” per the Daily Mail. The neighbours have complained about noise at the chateau over the years and were once awarded about $50,000 in damages after the mansion was rented out for film productions and weddings.

Parties at the chateau have at times drawn 2,000 guests who came and went both by car and by helicopter, according to Le Monde. The property reportedly has a sound system of 132 loudspeakers across the grounds. Diter’s lawyer said the idea of demolishing the chateau is “unimaginable and foolish.”

In hearings in 2016 and 2017, Diter admitted he had forgotten to request a building permit for the chateau and ignored the injunctions to stop building, per Le Monde.

Diter and his reportedly wife live in the villa, but they’ve also rented it out as a boutique hotel, landing a feature in Boutique Hotel Awards.

The opulent chateau can sleep up to 36 guests and features several lounges, a library, a 15th-century fireplace, a cellar with a wine-tasting room, and a kitchen that overlooks the Italian garden.

Diter and his attorney did not immediately respond to Insider’s requests for comment for this story.

Receive a daily news update on your cellphone. Or get the best of our site emailed to you

Go to the Business Insider front page for more stories.

Get the best of our site delivered to your inbox every day.

Looking for holiday gift inspiration? These 11 gift ideas — all Bay Area made or inspired — offer all sorts of ways to help your favorite foodie, … END_OF_DOCUMENT_TOKEN_TO_BE_REPLACED

Well, anything that French wines can do, the muscadine can do better. Studies at Mississippi State University indicate that two fluid ounces of … END_OF_DOCUMENT_TOKEN_TO_BE_REPLACED

When decision-makers consider implementing Internet of Things (IoT) solutions, they typically want assurance that their investments will pay off and … END_OF_DOCUMENT_TOKEN_TO_BE_REPLACED