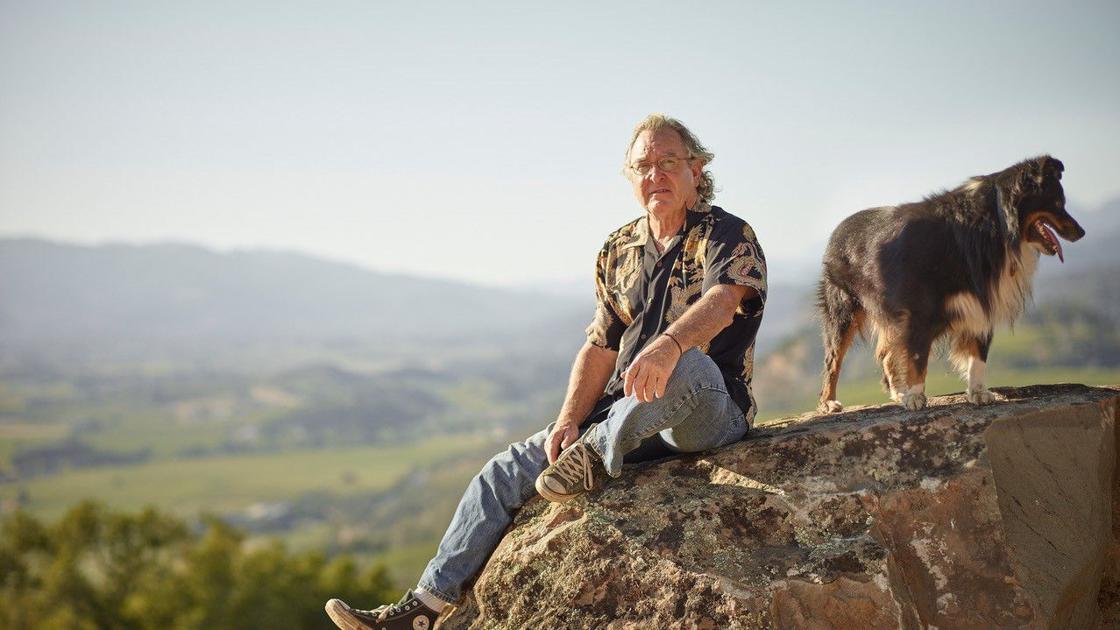 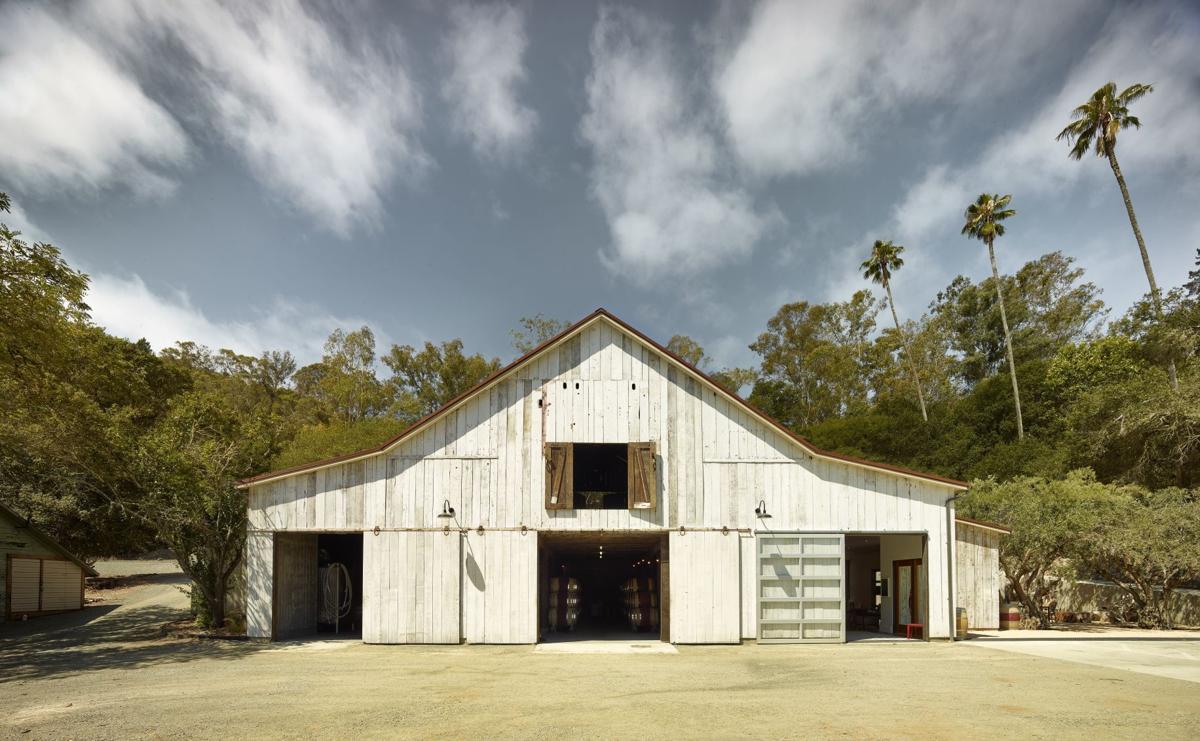 Brion Wise rescued the 1876 white bank barn, which is now the tasting room for his wines. 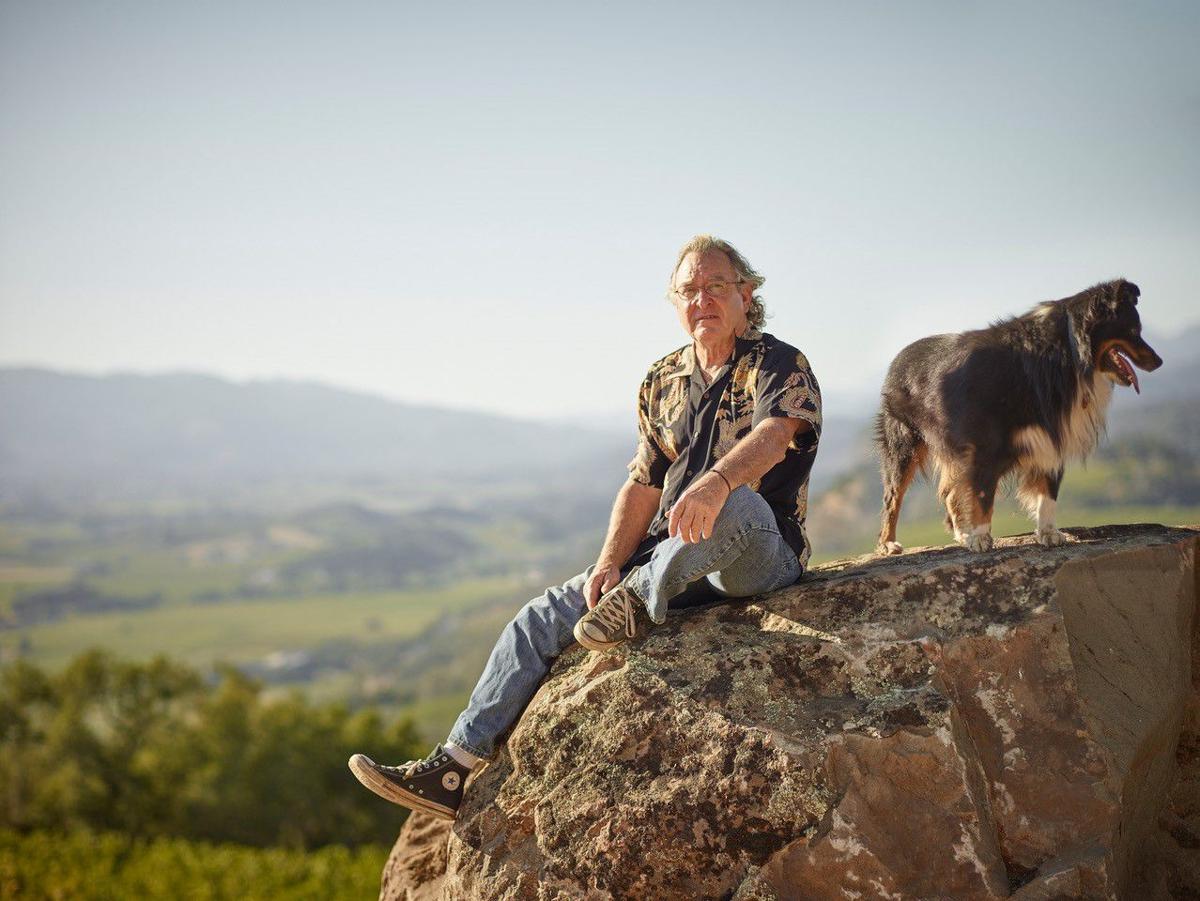 Entrepreneur Brion Wise, who grew up on an fruit farm in Washington, grew cotton in Australia, developed a titanium bicycle chain, and operated a restaurant and bar in Colorado before moving to wine country.

Single-vineyard Cabernets may be a dime a dozen in Napa Valley, but Brion, a bucolic winery in Yountville is taking an unconventional approach. Founder Brion Wise has pushed the region’s hyper-focus on terroir-driven wines one step further by hiring the best winemaker for each site. That’s why he has not one, but three prominent winemaking consultants on his roster, each bringing their AVA-specific expertise to the table.

With Napa County getting the greenlight to reopen for outdoor wine tastings, these unique expressions from the 2016 vintage can now be experienced inside a historic bank barn that was one small earthquake from falling down until until Wise came along and insisted on restoring it. The result is a hybrid of old and modern-day Napa, of history versus luxury.

From apples to grapes

Like many, Wise’s romance with wine began via travel, his favorite place being Italy. And like many, he dreamed of being a part of it. “I fell in love with living in a wine area and actually being involved. I wanted that flavor of what goes on in the bigger picture. I wanted to be close to the best of the best but feel a little bit farm-like,” said Wise. “The intent always was to be in Napa.”

But his path to the wine industry can actually be traced back to when he was a boy, growing up on a fruit farm in Washington. “While they were grafting, there was a sleigh with a fire on it to keep the grafting wax hot. I was pulling the sleigh at 5 years old,” he recalled. “I fell in love with the different flavors of not just apples, but particular clones of apples. Same with peaches. Our farm was like an experimental farm. You got to experience different flavors and textures and acidity, and that’s what really drives me in this business.”

Wise is a man of unending projects and new ideas, his wheels constantly turning, and his entrepreneurial spirit has been in action since long before his adventures in wine. For instance, he grew cotton in Australia, developed a titanium bicycle chain, and opened a restaurant, Trios, in Boulder, Colorado, along with a wine bar (also called Trios) in Denver.

Locals may recognize him from his Sonoma Valley-based brand B. Wise Vineyards and Amapola Creek Vineyards & Winery in Sonoma, originally owned by winemaker Richard Arrowood. He started Brion in 2002 and as of last year, finally has a Napa Valley winery and tasting room to go with it.

“The old lady was on its last legs,” said Wise. “Everything on the ground was rotted. People were afraid to walk into it.”

Brion operates out of an old, white bank barn that dates back to 1876 and is one of just two left in California. All the others have been torn down and this barn was inching towards the same fate. It appeared to be falling down and had barely survived more than one earthquake.

Wise, who has a chemical engineering background, couldn’t stand to see it go. Still, he had trouble convincing everyone else that it was worth rescuing.

“The engineer he hired, he was not [originally] on board,” said his wife Ronda West Wise. “He had to convince him it was worth saving.”

The barn is located on Sleeping Lady Vineyard, which Wise is a part-owner of and where he sources fruit for one of his wines. Located in the Yountville foothills off Solano Avenue with the Mayacamas hillside as its backdrop, Sleeping Lady has 46 acres planted to Cabernet Sauvignon, Cabernet Franc, and a little Sauvignon Blanc. Both wine and table grapes have been farmed on the property since the 1800s.

Wise’s focus at Sleeping Lady, and with every vineyard he works with, is on dialing in every individual vineyard block to perform to the best of its ability, experimenting with different farming techniques and clones. “The cherry on top is adding the winery to the estate,” he said. “It closes the loop.”

The entire rebuilding project took over four years to complete. The permitting alone took a couple of years and the barn is now safe for both winemaking and hosting tastings, but Wise did his best to retain its rusticity, pulling inspiration from historic European structures.

From the outside, it still looks a lot like an old, dilapidated barn. Wise maintained 80 percent of its original redwood siding on purpose. Walk around and up the bank and you’ll see the winery. It’s a small operation, but it’s just large enough to fit Brion’s small, four-ton fermenters used for small lots of separate blocks. Wine is gravity fed into barrels underneath from the same area that horses used to feed on alfalfa thrown down to them. Again, there’s a primitive feel that’s starkly contrasted by the state-of-the-art winemaking equipment. A window provides the best view of Sleeping Lady Vineyard.

“We haven’t changed it a lot. It’s historic, so we had to keep it intact. We couldn’t throw out or change the footprint,” said Wise. “I love the fact we brought it back. The old lady is making wine now instead of milk.”

This past year was the first harvest processed at the new winery, although 2020 did put a damper on the celebration. “Opening a winery in 2020 had many challenges. Our team has been extremely diligent with making things right as this was our first harvest at the new winery. From equipment to getting our processes in order and staying on top of testing and handling any potential smoke taint, there was a lot to learn,” said Wise.

“Because of these efforts, we didn’t pick all the vineyards. Location and position of vineyards is the critical factor on how you are impacted by smoke and we, like many others in Napa, were lucky in some instances. Any lots that have shown smoke damage have of course been rejected and as we go forward we continue to check the chemistry to ensure clean wines.”

Downstairs on the first floor is the barrel room, which in keeping with the upstairs, is truly nothing fancy other than the fact that Wise controls the manufacturing and toasting of each and every barrel, working with a master cooper and customizing them to the desires of his winemakers. Adjacent to the barrel room is a tasting area and where the barn joins up with the 21st century. Ronda West Wise, an interior designer by trade, gets all the credit here. The tasting space was her domain and it continues to evolve.

Natural light seeps in through a sliding garage door and a floor-to-ceiling glass panel looks into the barrel room. With a wide mix of textures and materials, the furnishings and art pieces are contemporary, yet eclectic; for instance, there’s an old-fashioned yellow telephone set on a table and a pair of canvases by a Mexican artist depict goats dressed up as people. The space has several nooks for private tastings (guests are greeted with a glass of Dom Perignon and given a tour of the property) and has a nice indoor/outdoor feel, but there’s also a long farm table amongst a grove of olive trees for pure outdoor tastings.

On paper, it looks like a possible recipe for disaster, but each winemaker has his own dedicated vineyard site or sites from the regions they know best, specialize in, and above all, are most passionate about. While they may share ideas and confer with each other for input, their work doesn’t often overlap. Moreover, they’ve worked together before. They know each other’s “bad habits,” joked Fayard.

“You build teams of professionals to handle the different things you’re doing. I prefer that approach,” said Wise. “The belief is that winemakers have a style they love, so you have them make a style they love from a vineyard they love. That’s why we have a team.”

This variation of winemaking styles enables Wise to curate an especially diverse portfolio of single-vineyard Cabernet Sauvignons that showcases the different nuances of several AVAs. Moon Mountain’s cool nights enable the wines to retain great acid and fruit to strike a perfect balance while the cool afternoon breeze that flows through Coombsville results in an extended growing season for added complexity, layers, and darker, inkier wines. The rocky, cobble wash soils of Sleeping Lady in Yountville bring elegance, freshness, and texture, while Oakville’s red clay soils on top of volcanic andesite and basalt make the wine big, soft, and plush.

“All properties are fun and all different and that’s why I want to keep them separate as vineyards. They all have their own historical property, farming practices, and philosophy,” said Wise, who when asked if he has a favorite, quipped, “It’s like drinking whiskey and scotch. I pour a different one each time.”

Crystal Ellis of Napa is pregnant and homeless. She hopes to find housing before she delivers her baby. This is her story.

Intermittent vaccine availability in Napa County means eligible residents are left waiting — a situation frustrating much of the eligible population.

The owner of one of Napa’s coolest stores has decamped to Fresno. Napa won’t be the same.

Napa Fire responded to a fire in the bathroom of a downtown insurance agency.

A place once dominated by sweaty, hard work is to become a place of play in American Canyon.

Napa County Supervisor Belia Ramos, 42, says she received a COVID-19 shot at the end of the county vaccination clinic that otherwise would hav…

Check out Habituate, “a carefully curated brand of housewares and clothing, located at First Street Napa.

Home Videos The WORLD of WINE – Wine News. Cheap wine, tasting notes and cooking with wine The World of Wine – May 2021 … END_OF_DOCUMENT_TOKEN_TO_BE_REPLACED

How to visit Napa Valley on a Budget. In this video Carson and I explain a few ways to enjoy Napa on the cheap. Tip and advice about how to visit Napa … END_OF_DOCUMENT_TOKEN_TO_BE_REPLACED

Home Videos Get To Know Argentina Wine | Wine Folly If you love Malbec, Argentina is your ultimate wine region. But that’s not … END_OF_DOCUMENT_TOKEN_TO_BE_REPLACED