Edna Valley might be the coolest AVA (American Viticultural Area) in California.

Yeah, it’s a chill spot to find a winery, do a little tasting, and take in the rolling hills, oaks, and vineyards—but it’s also the coolest, temperature wise, according to a University of Southern Oregon study. John Niven, who recently started Cadre Wines in the Edna Valley, said the coastal growing region’s weather is perfect for growing albariño, a grape that he’s been low-key (or high-key) obsessed with for 15 years.

Niven is third generation in a winemaking family that pioneered wine in the Edna Valley. His grandfather, Jack Niven, planted some of the first grapes in 1973. That first set of vines eventually grew to become the Niven Family Wine Estates, which includes the Baileyana, Tangent, True Myth, and Zocker labels. The Niven family planted 45 acres of albariño grapes on its Paragon vineyard property in 2005, and John Niven started crafting albariño for the Tangent label.

Albariño is traditionally grown along the Iberian Peninsula in Spain and Portugal. With vineyards adjacent to the Atlantic Ocean, the region’s similar to the Edna Valley in that it’s cooler than its counterparts farther inland with that foggy coastal influence and moderate climate. That Atlantic coast gets more rain than San Luis Obispo County does, but the cool climate in both the Edna Valley and the Iberian Peninsula yields albariños of a similar profile: citrusy, stone fruit, a little salinity, and bright acidity.

“Vino debajo del mar,” Niven said. “They call it the wine of the sea because there’s so much of that influence in there.”

With about 55 acres of albariño planted in the Edna Valley, a region traditionally known for its chardonnays and pinot noirs, Niven said the region now produces about 25 different bottled albariños, last he counted. 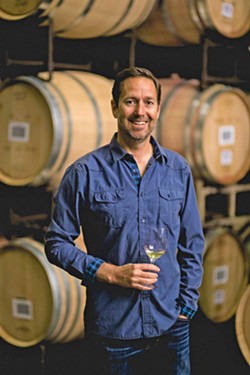 “I think it makes Edna Valley worthy of being called the New World of albariño,” Niven said. “I think there’s so much upside, and it’s exactly why I created Cadre. I firmly believe the Edna Valley deserves to be in the conversation as one of the great white wine grape regions in the world.”

Niven Family Wine Estates sold to WX Brands at the beginning of 2020. As a result, Niven ventured out on his own, opening Cadre in July. The winery currently boasts both an albariño and a sparkling albariño from the same albariño-covered acres at the Paragon Vineyard he helped nurture.

Edna’s long, cool summers are the ticket to what makes its albariño so great, according to Niven. Grapes take longer to ripen in the Edna Valley due to its cooler temperatures, giving the high-acid grape time to mature and become less acidic.

That acid is also what makes albariño such a pleasant wine to drink.

Croma Vera Wines owner Mindy Oliver said that albariño is one of those white wines that’s complex enough that both red and white drinkers tend to enjoy. It appeals to a lot more palates than something like chardonnay would. Its character doesn’t linger in your mouth. And the acid gives albariño a brightness that makes it refreshing, balancing out the grape’s other characteristics.

Customers who come in and say they’re going to skip the white and go straight to the reds, Oliver encourages them to just give the albariño a taste. It’s included with the tasting anyway, she tells them, and you can just pour it out if you don’t like it.

“I would say 90 percent of the time, they really loved it, and they would walk out with a bottle of it, and just be shocked,” Oliver said.

Croma Vera’s 2019 albariño is sourced from the Spanish Springs vineyard, which is the closest vineyard to the Pacific Ocean along the San Luis Obispo County coast at about 1 to 1 1/2 miles inland. The wine has a touch more minerality and salinity than albariño sourced from other areas in the Edna Valley, with flavors of guava, peach, lemon, and grapefruit.

“And then the acid comes through and kind of makes it crisp, and it doesn’t leave your tongue coated. It kind of cleans it off,” Oliver said. “It really livens up your palate and gets your salivary glands going.” 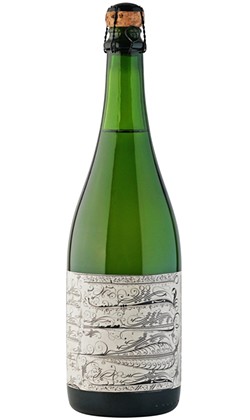 Stephen Ross Wine Cellars’ 2019 albariño is also sourced from Spanish Springs. Similar to both Niven and Oliver, owner/winemaker Steve Dooley said he loves aromatic whites. Albariño, with its low pH is “kind of a beauty,” he said, and it stays fresh. Acidity, like alcohol, helps wines age well in the cellar

“I like it when it’s grown here in cool climate. The wines are a little bit floral without being too overtly floral, because it also has a citrus quality and a little bit of stone fruit as well,” he said. “It’s nice and crisp and bright and fruity without being kind of crazy, bubblegummy fruity. … And there’s not a lot of it.”

Spanish Springs grows about 2 or 3 acres of albariño. The soil, Dooley said, is similar to Stephen Ross’ estate vineyard in the Edna Valley—sandy and not very fertile, which is atypical in Edna. The vines don’t get as big, and the yields are fairly small. Winemakers love it because the quality of the fruit is higher, Dooley said with a laugh, but grape growers, not so much.

“We’re a good example. We weren’t making it 20 years ago,” he said. “I think people are gravitating toward it because it makes such an awesome wine that people are happy to drink. … It’s got more of kind of the the classic components that wine drinkers are looking for: good balance, good acidity, good varietal characteristics, without being overpowering.” Δ

Editor Camillia Lanham reallys wants a glass of albariño but can’t figure out why. Send food and drink tips to clanham@newtimesslo.com.

Home Videos The WORLD of WINE – Wine News. Cheap wine, tasting notes and cooking with wine The World of Wine – May 2021 … END_OF_DOCUMENT_TOKEN_TO_BE_REPLACED

How to visit Napa Valley on a Budget. In this video Carson and I explain a few ways to enjoy Napa on the cheap. Tip and advice about how to visit Napa … END_OF_DOCUMENT_TOKEN_TO_BE_REPLACED

Home Videos Get To Know Argentina Wine | Wine Folly If you love Malbec, Argentina is your ultimate wine region. But that’s not … END_OF_DOCUMENT_TOKEN_TO_BE_REPLACED