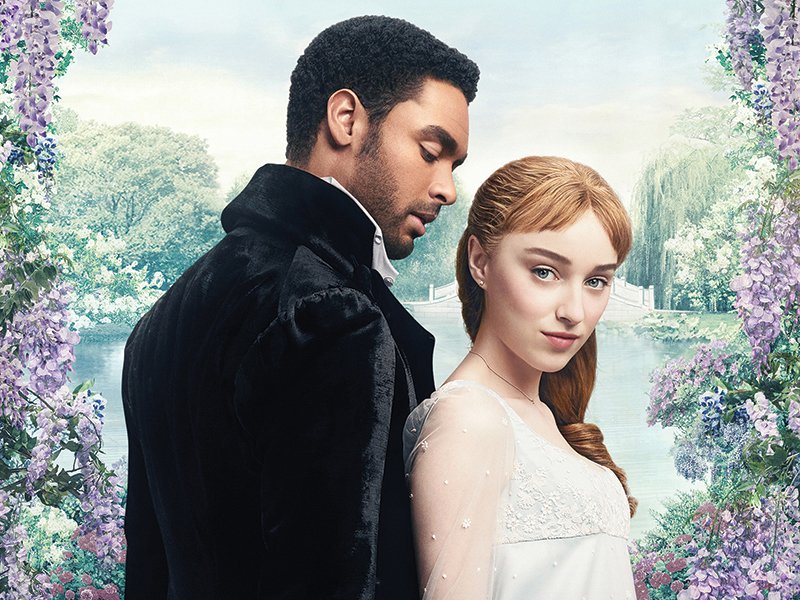 Have you been swept up by the gorgeous costumes, ravishing cast and — perhaps most exciting for travel lovers — the breathtaking scenery and lavish stately homes of Netflix’s “Bridgerton?” Since its December release, some 63 million households tuned in to “Bridgerton,” the Regency-era period drama based on Julia Quinn’s series of historical romance novels, making it one of Netflix’s top five most popular shows of all time. So, it’s no surprise the streaming service announced recently it will be back for a second season. Meantime, let’s take a virtual tour of the real-life locations dotted around England and make a plot of our own of which to visit when we can travel safely again.

Despite the show being set in London, the city of Bath actually served as the primary location for many of the street scenes, which isn’t surprising as it’s home to some of the best Regency architecture in England. Most notably, the iconic Royal Crescent, the curving row of terraced houses built by John Wood between 1767 and 1774. No. 1 Royal Crescent, now a museum, plays the role as the exterior of the Featherington home, and the surrounding area stands in for Grosvenor Square and various London streets. Nearby, another Wood design is featured: The Bath Assembly Rooms become the ballroom of the Danbury House, while the 19th-century Holburne Museum creates the exterior. More scenes were set on Alfred Street, Barton Street and Trim Street, where the cute Pickled Greens café stood in for the Modiste dress shop, where the Featherington sisters shopped for their made-to-measure ball gowns.

Top historic digs near Bath: The Gainsborough Hotel & Spa, from the Georgian era, is a landmark five-star hotel and spa just a half-mile from the Royal Crescent and is the U.K.’s only hotel with direct access to Bath’s natural thermal waters.

Pivoting Back to Travel | The Destination Weddings & Honeymoons Edition

2020 put the nuptial plans of thousands upon thousands of couples on hold, but with the promise of widespread vaccine distribution in the near future, it’s time to get back to planning and ensure your clients live out the destination weddings & honeymoons of their dreams.Join us February 23 from 1pm – 3:10pm ET to hear from top suppliers and destinations on wedding venue options, romantic destinations & resorts and more.

In central London itself, quite a few memorable scenes take place. When eldest son, Anthony Bridgerton, and Simon Basset, the handsome Duke of Hastings (aka the show’s most eligible bachelor), meet a few times at their “club” the location is actually a mix of Lancaster House and the real-life members-only Reform Club (former members include Winston Churchill and E.M. Forster) on Pall Mall. While you can’t dine there unless you know a current member, we suggest eating nearby at the clubby and iconic, The Wolseley.

Just outside central London in Greenwich, there are several familiar locations. Queen’s House stands in for Somerset House, and the historic Ranger’s House serves as the Bridgerton House exterior, and the Greenwich Park Rose Garden was used for a few London scenes. In west London, the 400-year-old Syon House stands in for the interior of the Buckingham home. Further out, gorgeous Painshill Park in Cobham is the breathtaking picnic setting for the Featheringtons.

Top digs in London with a “Bridgerton” vibe: While no existing hotels in London were actually around in the Regency period (1811-1820) the closest you can get is Claridge’s. Technically, the combination of Mivarts hotel established in 1812 and the hotel next door owned by Mr. and Mrs. Claridge, but the official founding of Claridge’s is taken as the date from when the two were combined in 1854. Still, the hotel’s black and white lobby floor will have you swooning.

The most utilized setting in the show is the magnificent Wilton House, just outside Salisbury, owned by the Earl and Countess of Pembroke and dates back to 1544. If you’re a period drama connoisseur, you’ll likely recognize this majestic residence from “The Crown,” “Emma” and “Pride and Prejudice,” to name a few. Given it’s massive size and many renovations over the hundreds of years, the interior handily serves as four different residences in this series: Mainly as Hastings House, home of the Duke of Hastings, but also as Clyvedon Castle, Buckingham House and Danbury House, while the exterior plays Hyde Park and St. George’s Church. Wilton House is normally open for daily visitors and in non-COVID times hosts everything from antique shows to art fairs.

Top digs nearby: Not far from Stonehenge, the village of Salisbury is most famous for the cathedral, which houses the Magna Carta and a clock dating from 1386. Stay nearby at the quaint nine-room Howard’s House Hotel, which dates back to 1623 but has all the mod-cons now, as well as award-winning food. Or, drive an hour further into Dorset for one of our favorite countryside hotels, the charming Red Carnation Summer Lodge hotel in Evershot, which has a choice of six unique villas and suites, plus 18 hotel rooms set along gorgeous gardens.

It must be an unwritten law that any period drama must have at least some scenes shot in the Cotswolds. “Bridgerton” obliges by using Badminton House, home of the real Duke and Duchess of Beaufort, in Gloucestershire as the interior of Hastings House, Clyvedon Castle, Danbury House and the Foundling Hospital scenes, as well as serving as the exterior of the Buckingham home garden. While the current Duke and Duchess use the Badminton Estate as a residence, private tours of the house and gardens can be arranged.

Top digs nearby: Just 20 minutes by car is one of the finest country hotels in the Cotswolds, maybe even all of England — the 43-room (including 13 suites and two cottages) Lucknam Park, sitting amid 500 lush acres with a Michelin-star restaurant, spa, and indoor and outdoor pools, plus a full stable with your pick of 35 horses, and loads of other country pursuits to enjoy.

If you’ve read this far, hopefully it won’t be a spoiler that Simon and Daphne Bridgerton get married, at which point they move into Clyvedon Castle, played by the real life Castle Howard in York. One of the most famous stately homes in England, building it took over 100 years and construction spanned the life of three Earls, starting in 1699 and was completed in 1811. In 1940, a tragic fire destroyed the iconic dome and part of the Garden Hall, but the Howard family rebuilt the property over time and with help from early movie and TV productions, including the 1981 filming of the 11-part series of Evelyn Waugh’s “Brideshead Revisited,” for which the Garden Hall was rebuilt. Castle Howard is normally open daily to visitors. Bonus: The picturesque local Coneysthorpe Village stands in as Clyvedon Village.

Top digs nearby: If you want to feel as though you’ve been invited to stay with the Bridgertons, make the effort to drive one hour to the grand 17th-century Grantley Hall on the outskirts of the stunning Yorkshire Dales. Nearly half of the hotel’s 47 rooms are luxury suites, and there’s amenities galore: A full spa with thermal experience and snow room, 60-foot pool, two gyms (plus altitude training facilities), a Japanese garden — even English wellies to borrow (walking routes are available) and 30 acres of parkland. If you just want to relax, choose from three lounges, a wine-tasting room and top cuisine from Michelin-star winning English chef Shaun Rankin.

The Lanesborough Gets Into “Bridgerton” Mode

Good to know: The Lanesborough, one of London’s top hotels, is getting into “Bridgerton” mode with a package that will let clients immerse themselves in high style. The “Living Like a Bridgerton” package provides accommodation for a night in one of The Lanesborough’s Regency-style rooms or suites, with breakfast served in bed and dedicated butler service. Guests can also select from a traditional British Afternoon Tea for two or a picnic in Hyde Park. Best inclusion? A chauffeur-driven visit to the Bridgerton House (Rangers House Greenwich) and the Queens Palace (Lancaster House). The Lanesborough is also including a historical tour around the hotel, as well as a walking tour map provided with markings of London’s finest regency sites. Prices range from £456 (approximately $558) per person in a Superior Room to £596 (approximately $724) per person in a Junior Suite.

A second Bridgerton offering, the “Prepare for the Social Season” package includes two beautifying treatments at The Lanesborough Club & Spa, etiquette lessons with London’s finest butlers, and a floral arranging class — “just in case a suitor forgets to arrive armed with an appropriate gift.”

Iconic Locations From “Emily in Paris”

From Georgian Splendour to Minster Views: The Most Romantic Hotels in York

Home Videos The WORLD of WINE – Wine News. Cheap wine, tasting notes and cooking with wine The World of Wine – May 2021 … END_OF_DOCUMENT_TOKEN_TO_BE_REPLACED

How to visit Napa Valley on a Budget. In this video Carson and I explain a few ways to enjoy Napa on the cheap. Tip and advice about how to visit Napa … END_OF_DOCUMENT_TOKEN_TO_BE_REPLACED

Home Videos Get To Know Argentina Wine | Wine Folly If you love Malbec, Argentina is your ultimate wine region. But that’s not … END_OF_DOCUMENT_TOKEN_TO_BE_REPLACED