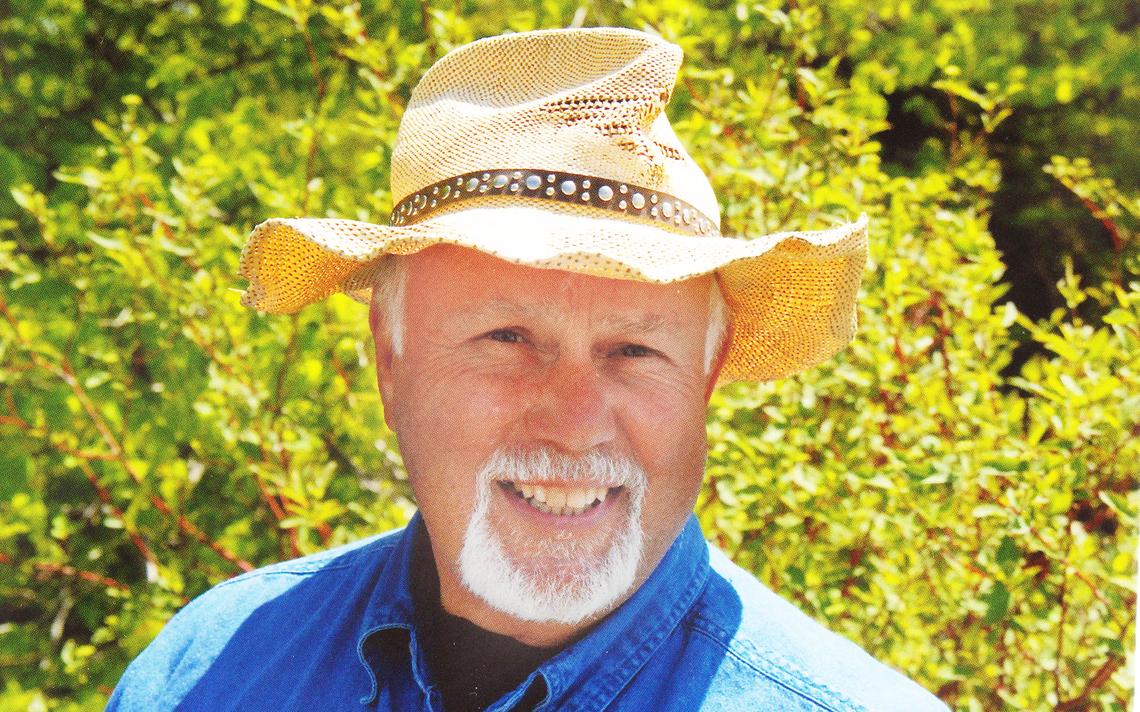 When Florian Ledermann was in college, he pleaded with his creative writing professor to have mercy on him as he was a farm boy who just wanted to be a veterinarian and had no intentions of becoming a writer.

But now, about six decades later, the 80-year-old Ledermann who lives in Brandon, has become a writer. And in fact, is the author of “Spilling Over,”, his first self-published book, which can be found locally at Cherry Street Books and at his winery, Burr Vineyards. It is also available on Amazon.

“Spilling Over” is a book recently self-published by Florian Ledermann of Brandon. The cover shows a picture from the vineyard at his winery, Burr Vineyards, in Brandon. (Celeste Edenloff / Echo Press)

According to the introduction written in his book, Ledermann said he barely passed the creative writing course taken in college and that it was just a prerequisite to completing his pre-veterinary curriculum.

Ledermann did go on to become a veterinarian, spending 43 years in the business – 27 of which were in Alexandria at Alex Vet Clinic. He also owned Cedar Rose Bed and Breakfast in Alexandria with his first wife, Aggie, for 18 years.

After the couple sold the bed and breakfast, together they founded Burr Vineyards in Brandon. The winery was planted in 2006, licensed in 2012 and opened to the public about two years ago. Aggie passed away in 2013 and Ledermann is now remarried to Joann, who he said is Aggie’s sister.

Ledermann, who shares stories of his life in his new book, noted that his eldest granddaughter, Katie Ledermann, along with her husband, Peter Kvale, became partners in the winery in 2019 and that they will take it over and keep it in the family after he is gone.

Katie Ledermann, along with her husband, Peter Kvale, became partners in Burr Vineyards in 2019. The winery was founded by Ledermann’s grandfather, Florian Ledermann, who recently published a book of his life stories. (Contributed)

Ledermann said he has lived a full life and in the process, endured some tragedies along the way. He was able to get through those tragedies, he said, and moved on. His hope is that by talking about them and sharing about them in his book, he can help others through tough times.

The book is filled with stories of his life growing up and includes a few short stories toward the back of the book of his time as a veterinarian. He wanted to write the book as a way of sharing his history with his children and grandchildren.

Last September, for his birthday, Ledermann said he gave his 13 grandchildren – ages 27 down to 13 – all a copy of the book. When asked if he knew if they had read it yet, he laughed a little and said, “I haven’t dared asked them if they’ve read it.”

Even though Ledermann said he barely passed his creative writing class, writing the book was easy for him, he said. He started writing the book last winter and once he got started, he wrote pretty fast.

Writing his story is just one of the ways he is trying to help others. Ledermann said as people age, it becomes easier to see that everyone is really a servant. A servant, he said, put on this earth to help others. He said when he and Aggie owned the bed and breakfast, they were there to serve others.

“We would provide them with a venue,” he said, adding that he can vividly remember people coming in, looked stressed and by the time they left, they were calm and relaxed. Over breakfast, which he and his wife served, they would sit sometimes for a couple of hours having conversations with their guests, really good conversations.

“Spilling Over” came from living a full life, said Ledermann.

“I always felt very lucky; I was always fortunate,” he said. “I wanted a full life and I really got it. And I’ve had a lot of fun. I’ve never had a dull day when working. It truly has been fun.”

Florian Ledermann, who recently self-published his first book, “Spilling Over,” is pictured with his new wife, Joann, at Burr Vineyards in Brandon. Ledermann opened the winery with his first wife, Aggie, who passed away in 2013. (Contributed)

The stories Ledermann shares in his book are historically accurate according to his memories, according to the introduction he wrote. However, he did add that he has always maintained that history doesn’t necessarily have to be 100% accurate, but that it has to be interesting or nobody would ever delve into reading, hearing or seeing recorded historical events.

He indicated that sometimes, stories can get a bit embellished as people age and that the desire to tell a story in an interesting or humorous manner can outweigh the serious need to be accurate.

“It’s only human,” he wrote. “So we all have a story to tell and who knows, maybe someone, somewhere, will benefit from hearing your story.”

Or maybe they will benefit from reading his.

Florian Ledermann, retired veterinarian and bed and breakfast owner, who now owns Burr Vineyards in Brandon, has also added book author to his list of titles. He is pictured here working at the vineyard, which opened to the public two years ago. (Contributed)

Home Videos The WORLD of WINE – Wine News. Cheap wine, tasting notes and cooking with wine The World of Wine – May 2021 … END_OF_DOCUMENT_TOKEN_TO_BE_REPLACED

How to visit Napa Valley on a Budget. In this video Carson and I explain a few ways to enjoy Napa on the cheap. Tip and advice about how to visit Napa … END_OF_DOCUMENT_TOKEN_TO_BE_REPLACED

Home Videos Get To Know Argentina Wine | Wine Folly If you love Malbec, Argentina is your ultimate wine region. But that’s not … END_OF_DOCUMENT_TOKEN_TO_BE_REPLACED