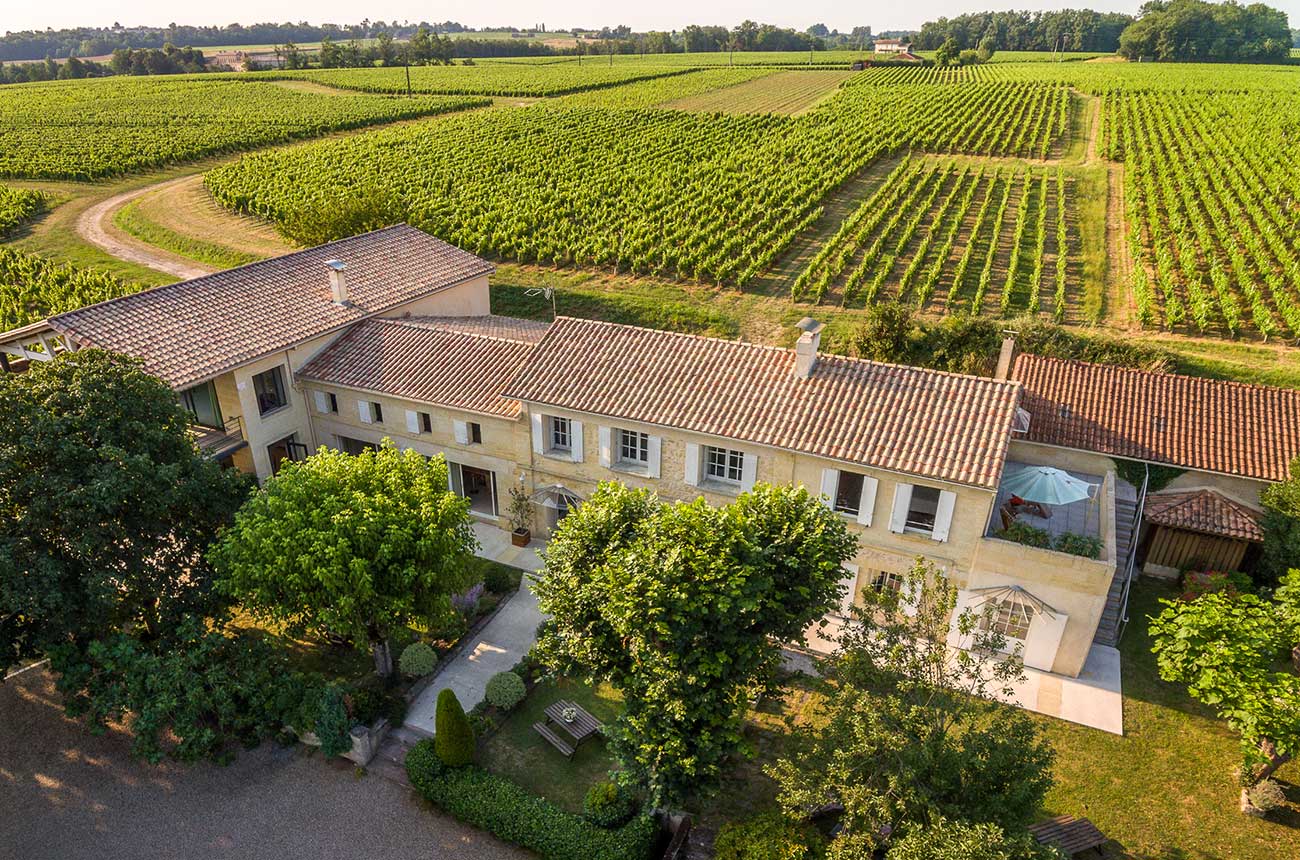 Some canny entrepreneurs have been increasingly switched-on to the concept of renovating a Bordeaux property with a view to selling it as a ‘hobby’ vineyard estate, as previously reported by Decanter.com.

Michael Baynes, executive partner and co-manager of Vineyards-Bordeaux, which is affiliated to the real estate division of Christie’s, said some buyers wanted a high-spec residence but were also keen to produce a small amount of high quality wine using ‘the latest technology’.

Here are a few examples of hobby vineyard properties listed for sale.

Hobby vineyard near to St-Emilion, listed at €2.4m

A full restored house with several bedrooms looks out onto 1.67ha of vines at this hobby vineyard estate that is described as lying near to St-Emilion in the listing by Vineyards-Bordeaux.

There’s also an indoor pool and separate guest accommodation. If you can tear yourself away from the views and the garden, then a 150-metre-square winery was constructed in 2008 and houses temperature-controlled, stainless steel vats.

There’s also space to store 20 barrels of wine, the listing says. Wine made here is largely sold in French restaurants and shops at present, but around 15% is expected to the US, with some also going to China and also other European countries.

Vines are between 40 and 80 years old and the vineyard is planted to 90% Merlot, 10% Cabernet Franc, the listing says.

A postcard-worthy Château with one hectare of vines that lies ‘in a peaceful village not far from Margaux’, according to the listing by Vineyards-Bordeaux, affiliate of Christie’s International Real Estate.

The vines are described as ‘in good condition’ and are classified under the Moulis-en-Médoc appellation. There is also a small winery on-site, including two stainless steel vats, temperature control, a small press and 11 barrels.

As for the main château building, it was constructed in the 18th century and has eight bedrooms and a bar area.

This picturesque property in a small hamlet on the Right Bank includes around 2.3 hectares of vineyards, planted to red wine varieties, according to the listing by Quatuor Vignobles.

Described as ‘ideal for new winegrowers’, the seven-bedroom stone house itself dates to the 18th and 19th centuries, but was also extended around 20 years ago.

According to a joint-listing of the property on the Vinea Transaction network, it was priced at €1.35m, excluding fees.

Grand Château near to St-Emilion and Bergerac, listed at €3.18m

If your winemaking dream included a more grandiose abode, then this stunning-looking estate lying in AOC Bergerac might fit the bill.

The listing by Vineyards-Bordeaux describes it as ‘in many ways the the perfect hobby vineyard’, offering a winemaking project at a property that is also reasonably close to the picturesque village of St-Emilion ‘but with limited responsibilities for operation and wine distribution’.

The main château building has six bedrooms, surrounding by gardens and trees, while the on-site winery was built two years ago with small, temperature-controlled vats and a cellar capable of storing 100 barrels.

All the necessary wine equipment comes with the property, the listing states, and annual production is currently around 10,000 bottles per year.

More about the market

Baynes said that renovated (or ‘turnkey’) hobby vineyard estates generally sold for between €2m and €4m.

How often do these kinds of properties come onto the market? ‘I would say that we get four new listings per year of this type and at any given time we have six to seven for sale depending on the rate of sales and the quality of the estates being sold,’ said Baynes.

Véronique Laveix-Mazières, of Quatuor Vignobles, told Decanter.com, ‘Small wine estates with a few hectares of vines and a pretty residence are highly prized by buyers wishing to try the activity of winegrowing purely for pleasure. [It’s] the dream of living in the countryside while making quality wine.’

She said these kinds of properties ‘are not that easy to find’, but the team was always on the lookout.

Baynes said there were lots of vineyard properties requiring renovation work, but he also warned about the extra risk of spiralling costs for anyone taking this route.

Home Videos The WORLD of WINE – Wine News. Cheap wine, tasting notes and cooking with wine The World of Wine – May 2021 … END_OF_DOCUMENT_TOKEN_TO_BE_REPLACED

How to visit Napa Valley on a Budget. In this video Carson and I explain a few ways to enjoy Napa on the cheap. Tip and advice about how to visit Napa … END_OF_DOCUMENT_TOKEN_TO_BE_REPLACED

Home Videos Get To Know Argentina Wine | Wine Folly If you love Malbec, Argentina is your ultimate wine region. But that’s not … END_OF_DOCUMENT_TOKEN_TO_BE_REPLACED