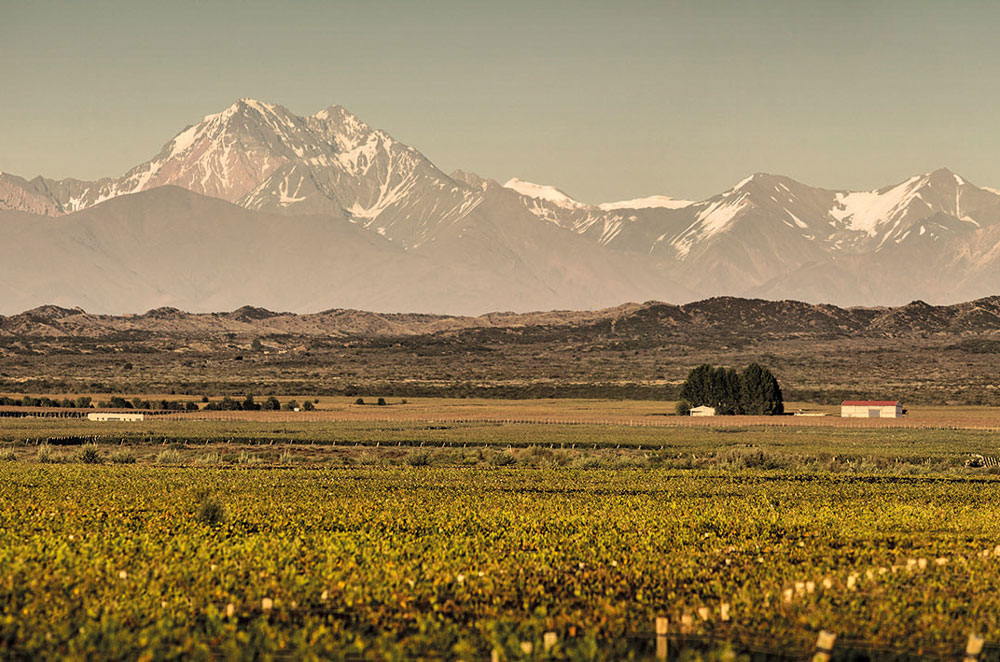 With the climate of its mountain deserts, pure snowmelt water from the Andes and unique alluvial soils, Mendoza has positioned itself as a global leader in the production of organic wines. At the forefront of this green revolution is Bodega Argento – a member of the Avinea Group whose different wineries own 355 ha of organic certified vineyards – the largest producer of organic wines in Argentina.

Guided by a philosophy of continuous innovation, in 2012 Bodega Argento embarked upon a vineyard certification process that required the implementation of strict protocols to reduce carbon emissions at every stage in the supply chain, from vineyard to consumer. This was accompanied by a commitment to local communities enshrined in Fair Trade status.

Today, with 305ha of certified organic vineyards in Luján de Cuyo, Maipú and the Uco Valley, Mendoza, Bodega Argento is setting standards for sustainable viticulture in Argentina. Its range of organic wines are enjoyed in over 50 countries.

A strong believer in the need to protect the local environment, Juan Pablo Murgia, head oenologist at the Avinea Group, is tasked with interpreting and bringing out the essence of each vineyard with his fresh, elegant wines.

‘Viticulture is dependent on the land, which is why sustainability is one of the pillars of our working philosophy,’ he says. ‘We take appropriate measures at every stage of the production process, using resources responsibly and supporting the development of local communities.’

For its organic wines, Bodega Argento harvests grapes from Alto Agrelo, 1,066m above sea level in Luján de Cuyo, and Paraje Altamira (1,097m) to the south of the Uco Valley. Both are regions that produce world class organic wines.

‘For our flagship wine Argento Single Block 1 Organic Malbec, we selected a specific sector of the vineyard, where the alluvial soil is rich in stones coated in calcium carbonate, allowing for a very precise expression of its place of origin.’

Home Videos The WORLD of WINE – Wine News. Cheap wine, tasting notes and cooking with wine The World of Wine – May 2021 … END_OF_DOCUMENT_TOKEN_TO_BE_REPLACED

How to visit Napa Valley on a Budget. In this video Carson and I explain a few ways to enjoy Napa on the cheap. Tip and advice about how to visit Napa … END_OF_DOCUMENT_TOKEN_TO_BE_REPLACED

Home Videos Get To Know Argentina Wine | Wine Folly If you love Malbec, Argentina is your ultimate wine region. But that’s not … END_OF_DOCUMENT_TOKEN_TO_BE_REPLACED