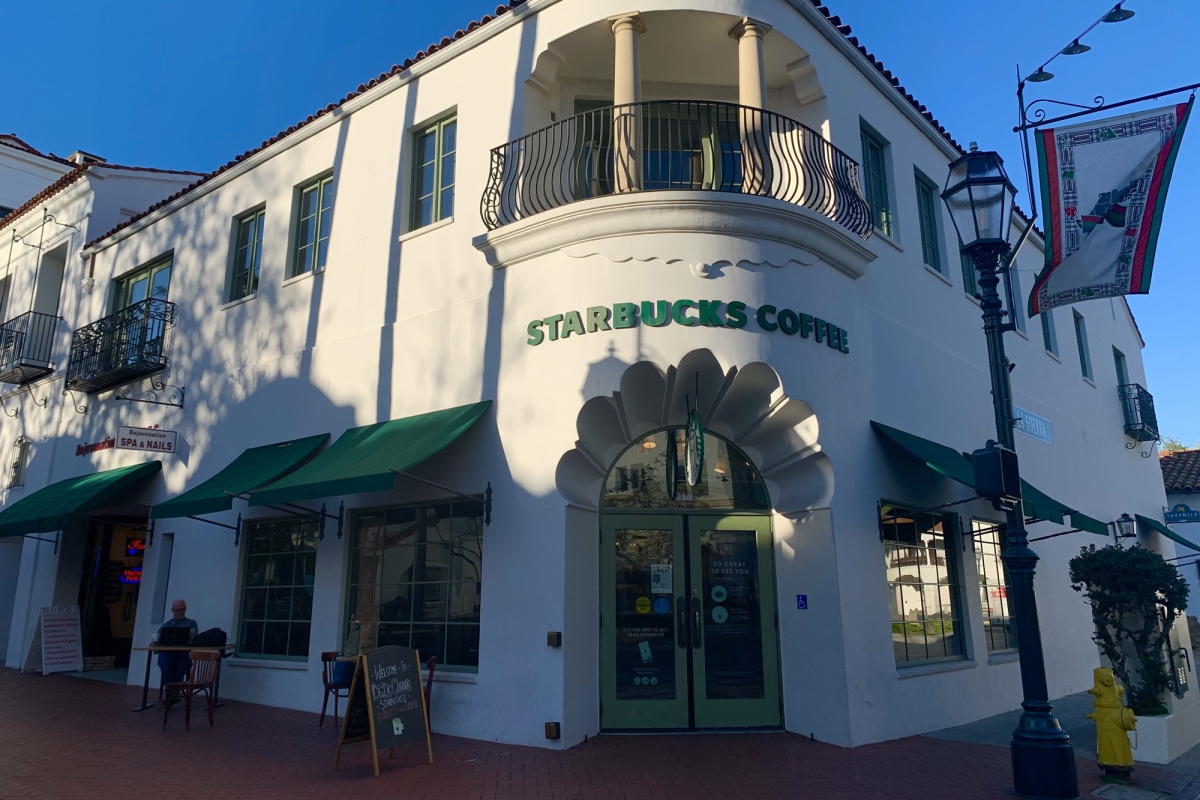 The coronavirus crisis may still be spreading its death and devastation, but baseball is back and this weekend the world champion Los Angeles Dodgers begin chasing back-to-back glory. All is right with the world.

Noozhawk drew an audience of 107,002 readers this past week, according to our Google Analytics. What follows is my recap of the Top 5 stories you were reading during that period.

This is my opinion column, and although it may be light on that this week, this is not a news story.

I have nothing new to report in the case of 18-year-old Cora Vides, the Laguna Blanca School senior who has pleaded not guilty to attempted murder and related charges in the Feb. 14 stabbing of a classmate. She’s due back in Santa Barbara County Superior Court on March 8.

The victim, also 18, is recovering at a Los Angeles hospital, but her family has released no information on her condition as they try to protect her privacy.

It seems that Santa Barbara’s Eastside Neighborhood Park may be a little too shady. (Joshua Molina / Noozhawk photo)

Santa Barbara’s Eastside Neighborhood Park is charming and inviting. Whenever I drive past it on a hot summer day, the shade from its canopy of oak trees beckons. I just want to lie down for an afternoon nap.

Unfortunately, neighbors don’t necessarily share my romanticized view of the small park at the corner of East Yanonali and South Soledad streets across from Franklin School.

Looks can be deceiving, they say, and if you peer closer and for longer you’ll observe plentiful criminal activity, already limited parking spaces occupied by people living in their vans and cars, too much shade, and a children’s playground too secluded for parental comfort.

“These are people loitering at the restroom or areas intended for picnicking or play.”

As our Josh Molina reported Feb. 21, the department has put together a $750,000 plan to overhaul the park, perhaps as soon as next year.

The conceptual plan was presented last month to the Parks and Recreation Commission and the department hopes to have public meetings about it in March.

A proposed project in Santa Barbara’s Funk Zone would have visitors hit the roof for drinks and views of the waterfront. (DMHA rendering)

Plans for the creative conversion of a Funk Zone warehouse won unanimous support from Santa Barbara’s Architectural Board of Review, clearing the way for the project’s next stop at the Planning Commission.

As our Josh Molina first reported, Hannah Beachside LLC owns a 1,643-foot warehouse at 16½ and 20 Helena St. and 11 Anacapa St. and wants to turn it into a wine-tasting business with a rooftop deck and bar.

The project includes an elevator and stairwell, along with a 22-vehicle mechanical parking lift structure to complement the 45 parking spaces at the site.

“We’re very excited about this project,” said Jill Johnson, owner of Loveworn, a vintage clothing boutique at 11 Anacapa St. “The rooftop vistas are going to be incredible and lend something incredibly new and innovative to the Funk Zone.”

The ABR voted 6-0 to approve the project, but board members expressed concerns about the modern look of the rooftop design.

“It’s sort of this midcentury, modern pavilion that just landed on top of this funky old building,” board president Kevin Moore said.

“There is such a great opportunity to make something on top of this building that fits in really well and has materials similar to what we see here and has a little bit more Funk Zone flavor.”

The proposed Thoreau Community School may have hoped to inspire students, in part, with lessons from Life in the Woods. After the Santa Barbara Unified School District shot down the charter school, perhaps Civil Disobedience should be added to the reading list.

As our Josh Molina reported, Thoreau is envisioned as an outdoor learning school with up to 100 students in transitional kindergarten through sixth grade. The emphasis would be on an experiential, hands-on education.

Organizers have been working on the concept for more than three years and had a letter of intent to use La Casa de la Raza’s community center building on the Lower Eastside, although other sites were being explored downtown.

“We really believe we are offering something unique and wonderful, and the children are going to thrive there,” said Marianne D’Emidio-Caston, the nonprofit school’s board president.

SBUSD staff disagreed, and recommended that the district’s school board deny the charter application. According to staff, special-education services were incomplete, the board organization was insufficient, there were financial concerns, there was uncertainty about a location and there were questions about the school’s demographics.

On Feb. 23, the school board deadlocked 2-2 on the application, which essentially killed the project. Namesake Henry David Thoreau likely would have been exasperated, but not surprised.

Trustees Laura Capps and Kate Ford voted for the charter, while Virginia Alvarez and Rose Munoz voted against it. The fifth trustee, Wendy Sims-Moten, was absent.

In other news, the board voted to reopen SBUSD elementary schools on March 1. It’s not clear when secondary school students will return to in-person instruction.

You may get your Starbucks order to go, but soon it will be gone at the corner of State and De la Guerra streets in downtown Santa Barbara. (Joshua Molina / Noozhawk photo)

By sheer volume, Starbucks may still be ubiquitous, but downtown Santa Barbara will lose one of its two stores when the shop at the corner of State and De la Guerra streets closes March 16.

As our Josh Molina reported, the termination is part of a move by the Seattle-based coffeehouse and roasting chain to close up to 400 stores throughout the United States, and 300 more in Canada.

What was our most-read story this time last year? Officer Fires Nonlethal Rounds in Subduing Suspect Inside Santa Barbara Store.

Bill Macfadyen’s Story of the Week

Just to be clear, the reward is for the dogs and not the dog walker?! Lady Gaga Offers $500,000 Reward After Thief Stole 2 Bulldogs and Shot Her Dog Walker.

Had to add a #mailtheft public service announcement to my #mailboxesofmontecito2021 feature in my Instagram feed this past week.

This fluffball otter know it would be so much easier in the water. HT to Maddie Dougherty.

How You Can Help Noozhawk

Noozhawk is proud to be the go-to source of news for locals like yourself. You trust and rely on us to provide timely, relevant and thorough coverage of the issues that shape Santa Barbara County.

And we get up early — and stay up late — excited to report what’s going on in our community so we can keep you informed and engaged.

While most of Noozhawk’s revenue comes from advertising and sponsorships, we believe that reader contributions are a vital source of support — financially and fundamentally. We believe that if we ask our readers to contribute what you think we’re worth, we can build a sustainable business model for local news.

If you value dependable local reporting, will you support Noozhawk today?

Your loyalty membership helps us continue to provide you with unmatched local news and in-depth reporting on the issues that you care about.

Please note that personal contributions to Noozhawk are not deductible as charitable donations.

Thank you for your support.

Home Videos The WORLD of WINE – Wine News. Cheap wine, tasting notes and cooking with wine The World of Wine – May 2021 … END_OF_DOCUMENT_TOKEN_TO_BE_REPLACED

How to visit Napa Valley on a Budget. In this video Carson and I explain a few ways to enjoy Napa on the cheap. Tip and advice about how to visit Napa … END_OF_DOCUMENT_TOKEN_TO_BE_REPLACED

Home Videos Get To Know Argentina Wine | Wine Folly If you love Malbec, Argentina is your ultimate wine region. But that’s not … END_OF_DOCUMENT_TOKEN_TO_BE_REPLACED