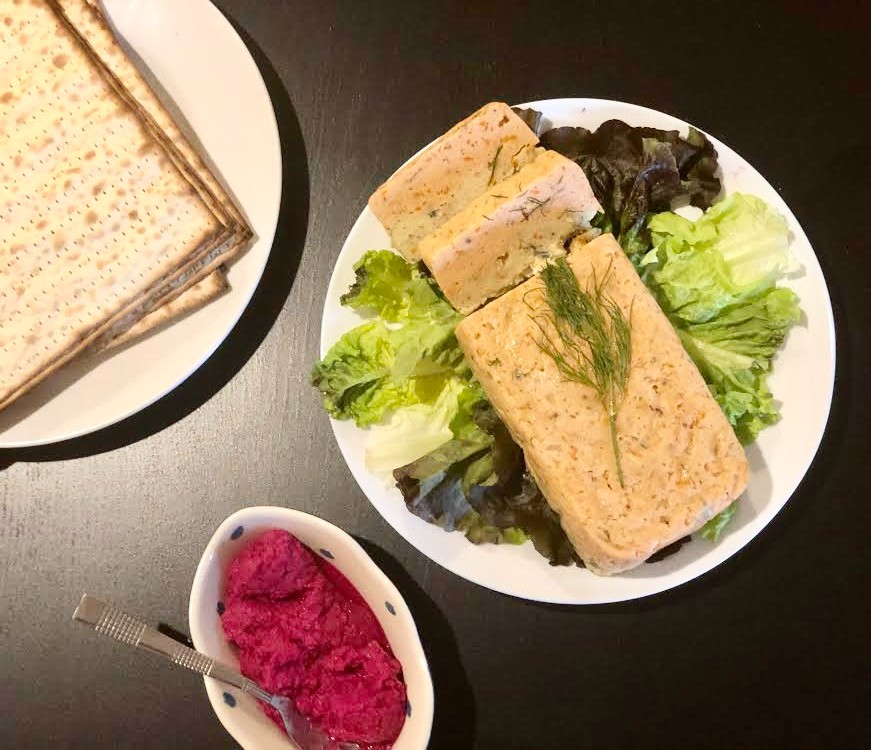 A year ago, all restaurants and bars across Colorado were ordered to close for on-premises dining as of March 17. The order came down on March 16, which this year will dedicated to a special Dine Out to Help Out day, when you’re encouraged to dine out (or take out) and support local eateries. Find out more here.

While St. Patrick’s Day will be much quieter than in pre-pandemic years, at least most of the Irish watering holes around town have reopened — and once you’re inside, you won’t have to jam shoulder to shoulder with people painted green. To make up for a greatly pared-down list of March 17 shenanigans, this week’s culinary calendar also includes Passover pre-orders, a duck dinner, and Portuguese and Mexican wine events.

After chewing over those options, keep reading for food and drink events later this month.

From the Hip Photo

Monday, March 15
Passover is especially meaningful when there’s a literal plague sweeping the land. So while the holiday doesn’t begin until March 27, you’ll want to make sure you’re stocked up on Seder essentials this year (and with the closure of Zaidy’s Deli last October, there are fewer options for buying traditional holiday dishes, so you may have to plan a bit further ahead). One is Rosenberg’s Bagels and Delicatessen, where you can pre-order through Friday, March 19, and pick up your spread on Saturday, March 27, or Sunday, March 28, at either 725 East 26th Street or 2501 Dallas Street in Aurora (inside Stanley Marketplace). The full meal feeds four to six people for $130 and includes housemade charoset, gefilte fish, matzoh ball soup, brisket, roasted veggies, rosemary potatoes, matzo crunch and horseradish. Order on Rosenberg’s catering page, where you can also get all the offerings à la carte.

Tuesday, March 16
Tuesday, March 16, marks twelve months since all Colorado restaurants were ordered to shut down the next day to indoor dining because of COVID-19. On this date, celebrate at least one eatery that’s managed to survive the past year: American Elm, at 4132 West 38th Avenue, is hosting a Duck COVID dinner. The $85-per-plate meal includes four courses of duck preparations, including deviled duck eggs, seared foie gras with maple gastrique and cherries, duck confit with blood orange jus, and duck egg custard. See the full menu and reserve a spot on Resy.

You can’t escape it. Just give in.

Courtesy the Pig & the Sprout

Wednesday, March 17
Who says you have to eat corned beef and cabbage on St. Patrick’s Day? Definitely not us (and you’ll never, ever catch us recommending watery green lager). On Wednesday, March 17, opt for more southerly food and far more sophisticated drinks at Rioja’s monthly wine dinner, 1431 Larimer Street. The dinner includes five courses paired with Portuguese wines; we’re looking forward to bacalao (salt cod) with sunchokes and olives and prime tri-tip with XO sauce, black garlic and shiitake mushrooms, but you’ll also see tortelli stuffed with linguica (a garlicky Portuguese sausage) and a strawberry-rhubarb Napoleon with whipped goat cheese. Visit Tock to book a table for the 6:30 p.m. dinner for $99. Interested in to-go? For $70, get the meal prepared for pick-up between 4 and 5:30 p.m. on Wednesday, March 17, through Friday, March 19. You can purchase bottles of all five of the accompanying wines for $204 (that includes a 10 percent discount) or individual bottles starting at $30.

If you do want to eat the most American of Irish dishes on Wednesday, March 17, at least make it a good version, as the corned beef and cabbage at Coohills, 1400 Wewatta Street, is sure to be. The four-course meal starts off with the aforementioned meat and veg, but we’ll give it a pass since the next three courses — sole with green garlic, lamb shepherd’s pie and bread pudding — are appropriately Irish. The meal starts at 6:30 p.m. and costs $65, or $90 with drink pairings. Find out more on the restaurant’s Facebook page.

Other St. Paddy’s Day specials include the Pig & the Sprout’s (1900 Chestnut Place) Kegs & Eggs all-day eating extravaganza that starts at 7 a.m. with Guinness, eggs and bacon for the hardiest of souls; continues until 9 a.m. when the full brunch will be offered with corned beef hash specials and green mimosas (yum…?); and continues at dinner service with corned beef and cabbage and open-faced latke Reuben specials.

Denver Central Market, 2669 Larimer Street, is offering specials from a number of its vendors, including a corned beef brisket at $10.99 per pound from the Local Butcher (pre-order is required by phone, online or in person); an “Irish flag” pizza topped with spinach pesto, roasted orange peppers and mozz from Vero (there’s also a pasta dish with the same vibrant toppings); and $7 Irish coffees, Old Fashioneds, Horsefeathers (a Moscow Mule with whiskey instead of vodka) and Tullamore Dew Irish Whiskey shots chased with Guinness from Curio.

Friday, March 19
If you think the only things worth drinking in Mexico are lagers and margaritas, listen up. The country has been making wine since the Spanish invasion (that would be the 1520s), and after trying for what seems like 500 years (but was only five), Lola Coastal Mexican has succeeded in importing Baja California wines to Denver. On Friday, March 19, the restaurant, at 1575 Boulder Street, is offering a four-course wine dinner in celebration. Tables for four and six are available for $340 or $510 (don’t spit out that shwag you’re drinking right now — that works out to a reasonable $85 per person) at 5:30 and 8 p.m. The menu includes a mezcal cocktail; octopus with salt-cured cactus and habanero vinaigrette; fideuà, which is similar to paella, but made with pasta instead of rice; short ribs with mole negro, plantains and rice with cashews and golden raisins; a chocolate-chile torte; and wine pairings. Book your table now on Tock.

The black drink you’re having with Berkeley Donuts should be stout, not coffee.

Saturday, March 20
Berkeley Donuts is celebrating one year in business on Saturday, March 20 (looking back, we suspect the timing could have been better — or maybe it couldn’t have been better.). Nevertheless, the doughnut shop inside Hops & Pie, 3920 Tennyson Street, is doing what we’ve all done at least once in the past twelve months: opening a beer at 7:30 a.m. Cerebral Brewing made a salted chocolate caramel stout to accompany the doughnut of the same name, and it will be tapped when Berkeley opens. Not sure about ordering stout with your doughnut instead of a cup of joe? Number one: How dare you? Number two: At $7, that pint is the same price as your fancy pour-over. There’s never been a better way to kick off a (w)hole day of drinking.

Everyone remembers the collective desire of humanity for 2020 to end almost as soon as it began. And while we’re not feeling quite as desperate for time to move faster during 2021, there is a palpable jonesing for spring and summer — not to mention warm weather and widespread COVID vaccinations — to just be here, already. Dos Luces Brewery, at 1236 South Broadway, can’t do anything about pandemics or weather patterns, but it is enthusiastically welcoming spring on Saturday, March 20, with a vertical tasting of six Túpac Amaru III imperial chichas. The 2019 and 2020 vintages have been brewed with sour cherry, mango and chile de arbol, and pomegranate, and have been aged in bourbon and rum barrels. Ticket holders will also be able to taste the newest release, a black chicha aged in brandy barrels. Purchase tickets for the 3 p.m. tasting for $20 each on the brewery’s online storefront. Don’t want to spring for the tasting? You can stop by any time between noon and 10 p.m. for pours of the new release and empanadas from the Oh My! Empanada food truck.

Sunday, March 21
It’s been a long time since any of the famously fancy James Beard dinners were held in a Denver restaurant (and it will probably be a while before any are held again). But on Sunday, March 21, you can join the James Beard Foundation’s virtual Taste America event along with nine other major food cities around the country. Denver residents will pick up a three-course meal from Spuntino, 2639 West 32nd Avenue, that consists of chef/co-owner Cindhura Reddy’s always-fantastic focaccia with ricotta; rabbit confit with saffron cavatelli (a vegetarian option with turmeric-roasted cauliflower is also available); elk tartare; and vanilla and mango custards topped with cardamom-pistachio crumble. Cocktails, wine and Spuntino’s housemade amaro will accompany the meal. You’ll also get access to online cooking demos and the JBF’s national broadcast at 6 p.m. Order your ticket ($95 per person or $175 per pair) on the JBF website.

Wednesday, March 24
On Wednesday, March 24, EatDenver is resuming ED Talks, its version of TED Talks, after it was canceled in 2020 because of (gestures broadly)…all this. And for the first time ever, the lectures are open not only to restaurant and bar owners and employees, but to the public as well. Log in to Zoom from 9 to 11 a.m. to see six short presentations (just ten minutes each!) from industry insiders and experts. Three speakers have already been announced, with Marcus Samuelsson — familiar from stints on Top Chef Masters as well as his cookbooks and his own show, No Passport Required — headlining. Other topics of conversation include mental health in the restaurant business and how avocado toast is related to anxiety (the $16 price tag might have something to do with it). Find details (including the full lineup) and register for the free webcast on the EatDenver website.

Denver’s Staenberg-Loup Jewish Community Center generally hosts its expansive JAAMM (Jewish Arts, Authors, Movies and Music) Festival over several months in the fall, with live cultural events across the city. In 2020, of course, that was upended. The silver lining: The fest is going on for a full twelve months (starting last year and well into 2021), and all programming is virtual. On Wednesday, March 24, Michael Twitty, James Beard Award-winning author of The Cooking Gene, food historian and deeply engaging Instagram presence, will discuss the holiday of Passover and the common histories of exodus in both Jewish and African-American communities. Tickets for the 7 p.m. lecture, $18, are on sale now at the festival’s website, where you can also see previous events on demand.

Know of an event that belongs on this calendar? Send information to cafe@westword.com.

Home Videos The WORLD of WINE – Wine News. Cheap wine, tasting notes and cooking with wine The World of Wine – May 2021 … END_OF_DOCUMENT_TOKEN_TO_BE_REPLACED

How to visit Napa Valley on a Budget. In this video Carson and I explain a few ways to enjoy Napa on the cheap. Tip and advice about how to visit Napa … END_OF_DOCUMENT_TOKEN_TO_BE_REPLACED

Home Videos Get To Know Argentina Wine | Wine Folly If you love Malbec, Argentina is your ultimate wine region. But that’s not … END_OF_DOCUMENT_TOKEN_TO_BE_REPLACED