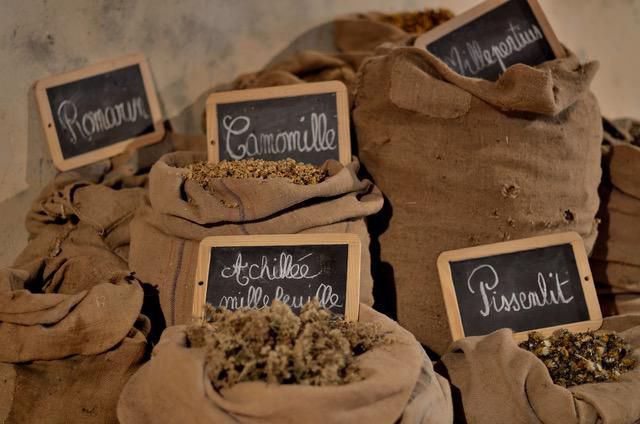 In 1992, at the age of 22, Berenice Lurton was given a gift that most people can only dream of. The youngest of 10 children and a member of the fourth generation in a renowned grape-growing family, Lurton received Chateau Climens from her father, Lucien, who had purchased the estate in 1971. The proprietor of Chateau Brane-Cantenac in Margaux, Lucien Lurton was approaching retirement and he presented each of his children with one of the wineries he had bought over the years. Named a Premier Cru estate in the Bordeaux Wine Official Classification of 1855, Chateau Climens is in the Barsac sub-appellation of Sauternes and grows and produces Sémillon.

Having just graduated from the Political Science Institute, Lurton threw herself into the role without fully realizing the implications of a young woman taking over a historical wine estate. While today there are many people moving into positions of importance at their family wineries at an early age, almost thirty years ago this was not standard practice. Lurton freely admits that she started with no experience, but that having a job to do she relied on her team and forged ahead. She made a decision to not release any wine in 1992 and 1993, her first two vintages, because she did not think that the quality was high enough.

At their core, growing grapes and making wine are always a challenging proposition. Making Sauternes presents the additional difficulty of relying on Botrytis cinerea, a fungus also called “noble rot” that dehydrates grapes and concentrates the sugar in order to produce sweet wine. In a particularly wet year, additional molds and fungi can destroy the grape crop without creating this condition, while a dry summer may not produce any botrytis at all. While some producers rely on chemicals in order to maintain balance in their vineyards, Lurton made the decision to convert to biodynamic winemaking in 2010. Chateau Climens has an on-site tisanerie, a dedicated space for drying herbs that  are made into teas that are sprayed on the vines. This natural alternative to chemical treatments creates wines that are free from toxins, but it offers risk to the winemaking process if it cannot control a particular pest. Biodynamics can be a hot topic in the winemaking community, but Lurton believes that this pure style of winemaking intensifies the flavor and quality of her wine.

Lurton is hesitant to provide production figures, as her quantities vary vastly year to year depending on the weather. The current vintage of Chateau Climens Barsac is 2015, which received scores in the high nineties from a variety of international wine critics. Suggested retail price is $136.99. The second label, Cyprès de Climens, has a suggested price of $56.99.  Lurton also just released the first vintage of Asphodele, a dry white wine made with 100 percent Semillon.  Asphodele 2018 will sell for $41.99. Named for a white lily that is a symbol of rebirth, it is a joint effort between Lurton and well-known Loire Valley winemaker Pascal Jolivet, who brought an outside point of view to the winemaking process.

Bérénice Lurton was kind enough to answer a few questions about Chateau Climens, biodynamics, and enjoying Sauternes with savory foods.

World Wine Guys: For the uninitiated, can you give us a brief description of what biodynamic grape farming means?

Berenice Lurton: It is a holistic, preventiveapproach, based on observationand the use of natural elements, may they be plants, minerals or animal manure in order to help the vines to be well-balanced and sane, in harmonywithin their environment. It is totally natural, and very flexible: we adapt our approach to the terroir, the growing phases, the issues of each plot, and the weather conditions.

As the weather conditions are very challenging in Bordeaux, we use a lot of plants that we pick in the vineyards or in the surrounding area and make teas that we spray on the vineyard. We have a beautiful attic to dry and store these plants which our visitors can discover, and where they can even enjoy yoga lessons!

WWG: You converted your estate to biodynamic in 2010. How has your wine changed since then?

BL: Quite a tricky question, as the wine at Climens is so complex, and so different from one vintage to the other, although there is a continuity of style. We really find this has enhanced the natural brightness and elegance of the wines.

WWG: Has unpredictable weather in the past several years affected the quantity or quality of your wine?

BL: Oh yes. Two thousand and seventeen was totally destroyed by the frost, 2018 was confronted by a series of plagues, we had drosophilae (fruit flies) in 2019, and hail and coulure (failure of vine flowers to develop into grapes, usually as a result of the weather) this year.

WWG:  You were quite young when you took over this historic Premier Cru estate in 1992. Did you feel great pressure in having to maintain the reputation of Chateau Climens?

BL: There was a lot of pressure, but more coming from the fact that we had several difficult vintages one after another. But maintaining the reputation of Climens was something that was really evident, that I had integrated naturally. We had to make the best possible wine for the vintage, and no wine at all if it wasn’t deserving to be called Climens. I started to take more time to do the blending, and at the end of the process, I never have a doubt about the result: We know it’s finished when the wine “screams” Climens!

The economic considerations have never interfered with the quality of the wine, all through the centuries at Climens, which is totally amazing, especially in a region where the conditions of production are so risky and uneven, This high level of requirement has gained the highest reputation of purity and consistency for Climens. I would consider it as a treason not to follow that path.

BL: The terroir at Climens is very homogeneous in terms of quality: its surface area of 30 hectares (74.13 acres) around the chateau has not changed along the centuries, and the characteristics of the soil and subsoil are unique. All the plots are followed and harvested in the very same accurate conditions, and we separate each day or half-day of picking for the fermentation in barrels. The difference between Cyprès and Climens is only made by tasting, it’s the second selection of the blending. Once we’ve decided the blending of Climens (a process which takes about 18 months of regular tastings), we make a second selection to create Cyprès, its little brother, a wine that you can enjoy right from its very youth: it’s a lively, seductive, and joyful wine, full of flowers and fruits. It could be called the spring of Climens. [It’s] a lovable wine for connoisseurs as well as neophytes.

WWG: Sauternes are often thought of as dessert wines. What other types of pairings do you think could earn these wines a different position on the dinner table?

BL: It’s a paradox, as these wines are really versatile, and especially Climens, due to its exceptional balance and grace. They’re wonderful on their own, but also with Asian and spicy food, shellfish and fine fishes, all white meat, vegetables of all kind, mushrooms, and even strong cheeses. Two of my favorite matches with Cyprès are tapas and Thaï food. As for Climens, what I love is the variety [of potential pairings]:  lobster, Indian food, cheeses, or tajine.

Home Videos The WORLD of WINE – Wine News. Cheap wine, tasting notes and cooking with wine The World of Wine – May 2021 … END_OF_DOCUMENT_TOKEN_TO_BE_REPLACED

How to visit Napa Valley on a Budget. In this video Carson and I explain a few ways to enjoy Napa on the cheap. Tip and advice about how to visit Napa … END_OF_DOCUMENT_TOKEN_TO_BE_REPLACED

Home Videos Get To Know Argentina Wine | Wine Folly If you love Malbec, Argentina is your ultimate wine region. But that’s not … END_OF_DOCUMENT_TOKEN_TO_BE_REPLACED